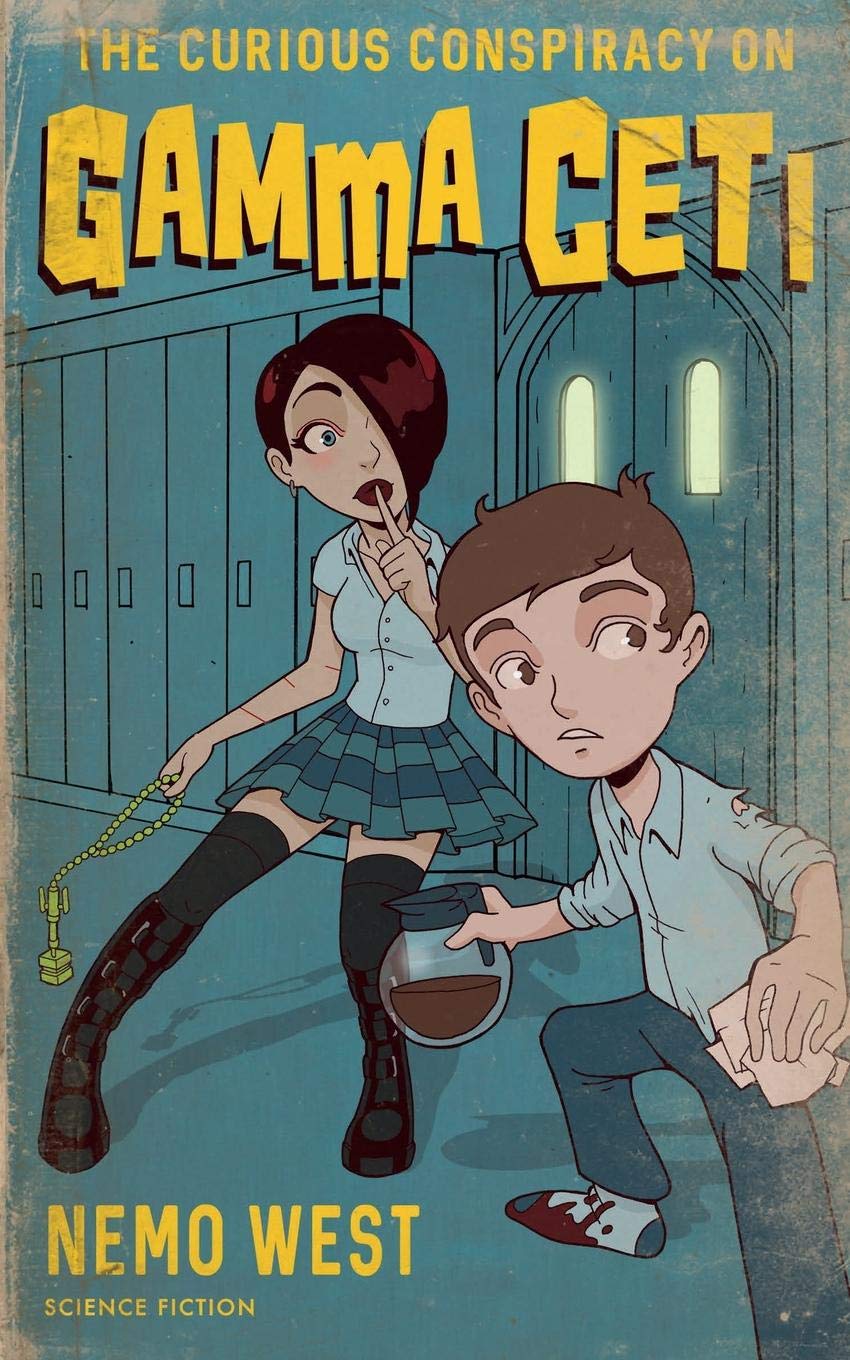 Nemo West, whose debut novel is The Curious Conspiracy on Gamma Ceti, can recall the moment he decided he wanted to be a writer. “I wrote a story for a creative writing class in high school,” he says, “and the teacher liked it so much she made a remark about it in class.” A friend asked if he could read the story; soon it was being passed around. West had his first readers. “A little bell went off in my head: Maybe this is something I could do for a living. I’ve always been chasing that.”

Years passed. West, who lives in St. Louis and works in medical device sales, let his dreams of writing fade. But about five years ago, he decided to get serious. “I buckled down to figure out what I was missing about how to tell a good story,” he says. So he bought every book on craft he could get his hands on—Stealing Fire From the Gods by James Bonnet, Save the Cat! by Blake Snyder, Story by Robert McKee, On Writing by Stephen King. “For about two years I wasn’t writing anything,” says West, “just trying to figure out how to do it right.”

Then “the germ of this idea just occurred to me,” he says. “I just followed it. I didn’t storyboard or plot; I…kind of let one scene flow into the next. The story just told itself to me.” As he wrote, he imagined those masters of craft perched on his shoulder, dispensing advice and guidance.

The Curious Conspiracy took three years to finish. While West worked pretty efficiently, rolling from one scene to the next, he admits he painted himself into a corner a few times. When he finished the book, he didn’t know what to do with it; he’d kept it a secret from his family. But after a positive review from Kirkus, which called it a “multigenre novel [that] successfully blends sci-fi, mystery, and teen drama” to create “a riveting intergalactic tale,” he decided he had to come clean. His wife was all in. It was time to pursue the dream.

West is modest about the hybrid genre: “I would love to be able to claim I did it all on purpose,” he says. “But the story was just telling itself to me.” The main character is Dexter “Dex” Carpenter, a bullied loner at Saint McIntyre’s Academy in the Gamma Ceti colony who falls for the beautiful Tabitha Tempest, a transfer student whose family has relocated from Earth. At her old school, Tabitha had exposed a ring of organized perversion involving administrators and teachers. The scandal shuttered the school. As she tells Dex, “When I find something shady going on, I blow it up in a big way.” She goes on: “Once you experience something like that, it’s really hard to just quietly trust people in positions of power. No one gets the benefit of the doubt with me.” No one, that is, except for Dex. When suspicions lead her to investigate a conspiracy at Saint McIntyre’s, Tab enlists Dex to help her uncover its secrets, and the novel takes off.

West credits eclectic influences for helping him come up with an original story, but he says he owes plenty to personal history. “Dex is very meek, easily pushed over. I was sort of venting my own high school experience.” The genre elements, though, come from years of reading. “I was born in 1975, in the shadow of Star Wars and Battlestar Galacticaand everything that came after that.” He read fantasy-adventure and played Dungeons Dragons. He’s always had a voracious appetite for science fiction, grabbing whatever he could get his hands on—“a book at the library or in the checkout aisle of the grocery store that had the kind of cover to entice my imagination.”

West has always been interested in how fiction begins. “I wanted to understand: Where did the people whose work I like get their ideas?” he says. His research led him to plenty of writers of fiction but also to Joseph Campbell and his writing on the mythic story. “I just kept taking it back, further and further. What inspired others? Maybe I’d find inspiration there too.”

West, who has three children, was eager to write a book from a kid’s perspective and was especially drawn to writing a conspiracy novel from a young person’s point of view. He wanted to capture “that idea that the kids really feel there’s something going on that the whole adult world should be questioning, but they know no one’s going to believe them. So they have to work twice as hard to find evidence.” West’s main characters run up against this very problem. At the end of the book, the young adventurers tell their story—“Tab and Dex knew what they’d seen and ardently told the truth”—but the community is incredulous. “Extraordinary claims require extraordinary evidence,” says West. “Double that when you’re a kid.”

One of West’s priorities in The Curious Conspiracy was a strong female character. Tab, much admired for her looks, is worried Dex only sees her as an object of desire. But there’s much more to her than that. “I wanted to write a character I wouldn’t be afraid for my daughters to look up to,” says West. He admits that in writing Tab, he was trying to learn from his own mistakes. “Some of the things I’ve written in the past—because I grew up reading a traditionally male-dominated genre—I would just write in that shorthand of tropes. There was always the damsel in distress. I received some very forceful criticism on that.”

Although the adventures of Dex and Tab reach a satisfying conclusion, the two characters might not be done yet. West says he has a series planned; he’s already begun work on the next book. “I don’t know what’s happening from one scene to the next,” he laments. “What the dish will ultimately taste like will be a surprise even to me.” For now, though, he’s just happy to be writing again.