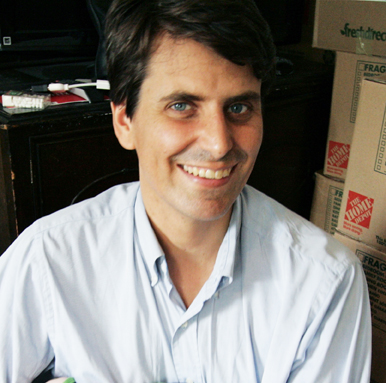 Propose a voyage to the South Pole and the general population would laugh and conversely book a trip to Maui. There are a hardy few (some might say foolhardy) who leap at the chance to brave Antarctic climes in the name of knowledge and science—and maybe a bit of notoriety. In the age of Edwardian exploration, Ernest Shackleton was one such luminary explorer drawn southward. In the span of over 20 years, he took part in a series of four expeditions to Antarctica, but it is his third that is arguably the most notable. Author and illustrator Nick Bertozzi has centered his graphic novel, Shackleton: Antarctic Odyssey, on Shackleton’s tertiary triumph, wherein the explorer set out to traverse Antarctica on foot and, against ridiculous odds, survived without losing one single human crew member.

It was a museum exhibit in Boston that inspired Bertozzi’s interest in Shackleton. The James Caird, the lifeboat that Shackleton used to sail 800 miles after his ship Endurance sank, was on display. “I missed it, unfortunately, but my mother told me the story, and I was immediately struck because it’s a terrific story,” says Bertozzi. “It just gets worse and worse and worse and worse.” As his research into the lauded explorer evolved, Bertozzi was impressed by Shackleton’s infallible ability to bolster group morale in the face of frostbitten adversity. In one particular case, practicality prompted Shackleton to order his crew to limit their belongings to 1 1/2 pounds of materials as they prepared to march across the ice floe. Gold coins and an expensive microscope were among the discarded paraphernalia, but he insisted that one crew member keep a weighty, song-inspiring banjo.

“Here’s a guy who knows it’s not just being macho, it’s also about making sure that the heart is OK as well,” says Bertozzi. “The spirit of the group is as important as just staying warm and having enough food. Singing songs refreshes people as much as rest, and in my estimation, it’s really good for you—and humor is as well.”

Humor isn’t generally synonymous with a gargantuan slab of ice, threats of scurvy, territorial elephant seals and lurking killer whales, but Bertozzi has discovered ample opportunity to weave it into Shackleton. One crew member remarks on the unfortunate effects of ice as toilet paper, another crew member legitimizes his flatulence as a means of warmth, and a waddle of penguins squawks in bewildered response to a bicycle. Bertozzi’s merging of factual representation with a stylistic humor is evident early on when, in the thumbnail gallery of Endurance’s crew, he includes portraits of 34 dogs and a cat named Mrs. Chippy. He did this to “give you a sense that [the dogs] had names and they had faces and they meant something to these men, that when they did kill them and eat them, it wasn’t just a tiny event in their lives, it was heartbreak.” (A warning for the animal-loving faint of heart: The canine crew is gradually ingested, but none of the 34 meal choices is easy.) There is one behind-the-hillshotgun scene in particular that encapsulates how distraught the men were to slaughter creatures they considered fellow crew members.

Needing to compress factual detailing for the sake of storytelling, Bertozzi wishes he could have further explored the loss of the ship. “I don’t think I was able to capture the fear that the sinking of the Endurance brought, because it was a long, long process,” says Bertozzi. “It was several stages. I think I got the rough emotion across, but I didn’t get the sense of devastation of that blow, how seeing the last mast of that ship disappear under the ice would have affected the men.”

Being a graphic novel based on historical fact, there are obvious parameters for developing plot. Guidelines determined by journals, biographies and documentaries don’t allow for much creative liberty to lure an audience, but Bertozzi says Shackleton’s story fits nicely into the realm of dramatic conflict as defined by a notable writer.

“David Mamet, the very famous American playwright, said in order to get dramatic conflict all you need is to ask yourself two questions and you answer them with one very simple sentence,” Bertozzi says. The first question concerns what the protagonist wants. The second is: What stops the protagonist from getting what they want? “And those two things make conflict right there. What does Ernest Shackleton want? He wants to get his men home alive. What gets in his way?” Here, Bertozzi laughs at this obvious question, a fleet of horrible obstacles vying for first place: “Ice, wind, current, sea lions, orcas, the lack of food....”

With such infamous elemental combatants, has Bertozzi ever felt the lure of Antarctica?

“Absolutely,” he says without hesitation. He was contacted by an engineer in the Royal Navy who traveled last year to Antarctica with an explorer and four other men in a 22-foot replica of the James Caird. They sailed 780 miles from Elephant Island to South Georgia and re-created Shackleton’s journey with period costumes, period supplies and period navigational equipment. Bertozzi asked if he could go along as their staff cartoonist. “Of course, being 6-foot-4-inches tall, I think I would have been a real detriment sitting inside the cabin of the little boat for all 16 days,” he admits. “Not to mention, I don’t do too well in cold.”

Having already covered Lewis and Clark in a graphic novel from 2011 and now Shackleton, Bertozzi has set his biographical sights on two tentative subjects: Zheng He, a Ming-era Chinese treasure fleet admiral, and Álvar Núñez Cabeza de Vaca, the Spanish explorer known for his travels across what is now the U.S. Southwest.

“I’ve gotten used to drawing ships, so I’d love to draw some Chinese ships,” says Bertozzi with palpable enthusiasm. “I just like the idea of this character who’s got this amazing motivation to create this huge fleet to go outside of China.”

Bertozzi doesn’t say whether he’s chosen these two potential subjects based solely on the proximity of their stories to warmer temperatures, but I’ve got my suspicions.

Gordon West is a writer and illustrator living in Brooklyn. He is addicted to horror films and is at work on his own teen novel.