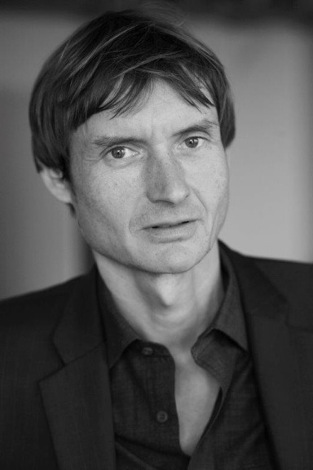 If someone asked you to guess how many books have been written about Adolf Hitler or Germany’s World War II–era army, you might think, “Do I have to?” And you would be forgiven for reacting that way: even if you don’t know the number of books, you know the tally must be overwhelming (in fact, a cursory search on Amazon lists 23,458 titles about Hitler). That’s one reason Norman Ohler’s Blitzed: Drugs in the Third Reich is so astounding: written by a virtual outsider—a German novelist who has never written history before—Blitzed reveals a new angle not only on Hitler’s personality, but on German military strategy during World War II. Hitler and his soldiers (plus many citizens in Weimar Germany) were high on a drug called Pervitin, which we know today as meth. To write Blitzed, Ohler spent five years in German military archives reading notes and diary entries written by Hitler’s personal physician, Dr. Theodor Morell. Blitzed helps explain why the German attack on France was so successful (at least partly because German soldiers were high on meth) and why the later engagement with the Soviet Union failed. It also reveals insights about Hitler’s increasing, shaky rage and delusion as the war progressed. The fact that the book, which became a bestseller in Europe before reaching America, is written by a nonhistorian makes it all the more fascinating. I talked to Ohler just as he was about to embark on a deserved vacation in the Maldives.

How did you first come across the idea for this story?

The idea came from a friend, a Berlin DJ and drug expert and history buff. He told me that the Nazis used loads of drugs and was excited about the fact that there was something to be researched here. I took him seriously because intuitively I thought that he didn’t make that up. I asked him later, ‘How did you find out about it?,’ and he had had friends who kept breaking into pharmacies in the 1990s and they had found Pervitin from the ’30s in East Germany that a pharmacist had kept in his vault. There is a documentary about the use of methamphetamines by the German army but I thought, I should research this properly, and then discussed it with my publisher and they said, ‘This is too serious to water it down in fiction.’ So I embarked on this journey of writing a nonfiction book.

But you’re a novelist. What was it like writing nonfiction?

I started reading historical books by German writers that were successful, and I found them incredibly boring and I thought, how can I do this? Then, discussing it with friends, I realized that mine didn’t have to be boring, and once I started writing it, it was quite similar to writing a novel but it had to be fact-checked. I was used to doing academic research from university, but I had never tried to apply a florid style to it. But in a nonfiction book, you can do it. It turned out to be an interesting genre. I think it’s a little easier than writing a novel because you have to be on the ground, you have to stick to the facts.

How did you know when you had a book and not just a revelation?

One publisher said, This is just a long article; it’s not a book. But I think the moment that I read the notes by Morrell, which are quite extensive, detailed descriptions of what was going on in the inner circle in the room where Hitler woke up or prepared for a military briefing and he met with Morrell to determine what should be injected, I felt like a fly on the wall. That story hadn’t really been told. That was quite surprising to me as a German because I had grown up being force-fed everything there is to know about German socialism. It didn’t take me long in front of those documents to know I had a story. And the second thing is the methamphetamine use of the German army; it’s very well-documented in the military archives in Freiburg. [Dr. Otto] Ranke discovered meth for the German army and made sure it got distributed before the attack on France. He kept a personal war diary. It’s very revealing; he very openly talks about taking Pervitin himself and how he thinks it should go into the army in a widespread fashion.

Why do you think this aspect of the story of WWII hadn’t been told so explicitly before?

[German historian] Hans Mommsen said, we historians have no ideas about drugs, so we cannot evaluate. We never thought this would be important. If you read the Hitler bios by Ian Kershaw carefully, they include notions of a drugged Hitler but they never really go into it. Historians did realize there was a topic, but I think they unconsciously shied away. German scientists were not as open as they are today, so the topic of drugs is kind of an unconventional angle, and I think historians have been too square to include that in their field of vision. Maybe they were afraid they would excuse or lessen Hitler’s responsibility.