Not All Science Fiction Is the Same 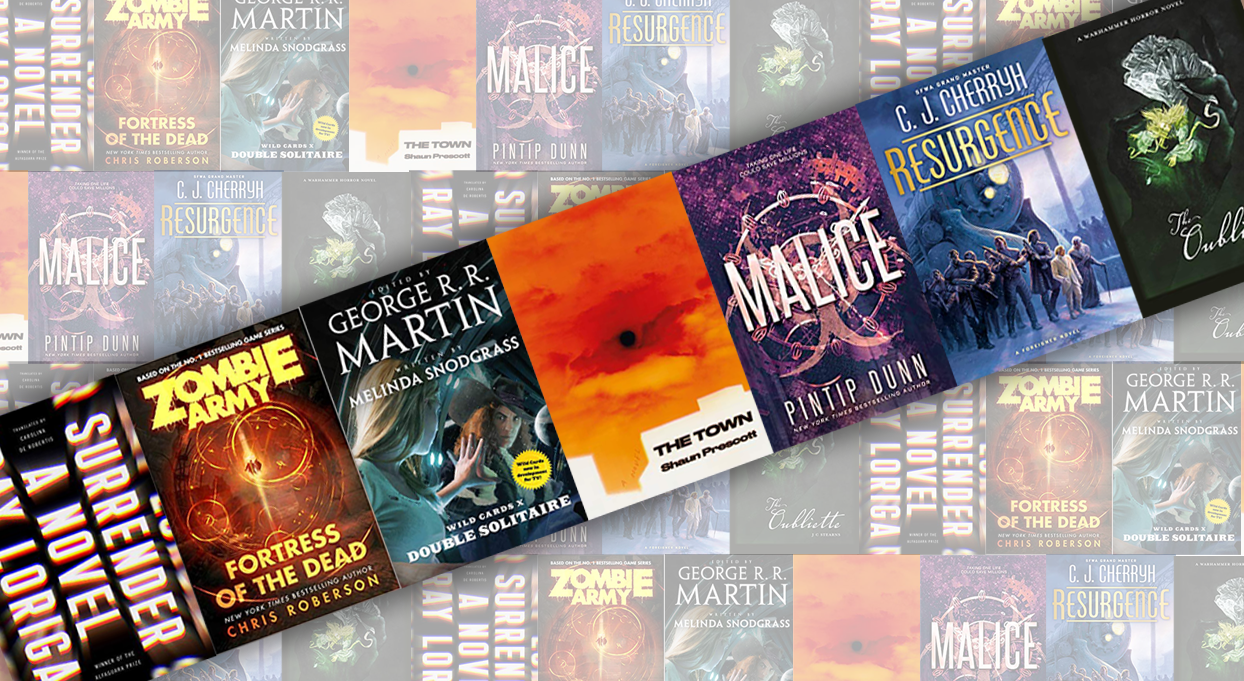 It’s easy to fall into the label trap and assume that all books categorized as “science fiction” are pretty much the same. But even a cursory glance at the genre’s offerings reveals the fallacy of that assumption. It’s not always easy to distinguish between flavors based on covers alone, so here’s a quick tour around the world of science fiction through seven recent novels.

Let’s get the most obvious kind of SF out of the way: space opera. This is the subgenre most people think about when they hear the words science fiction. Space operas are melodramatic, grand-scale epics that usually take place in space or on faraway planets and frequently involve aliens. Resurgence by C. J. Cherryh certainly ticks those checkboxes. The latest in the long-running Foreigner series, which follows human diplomat Bren Cameron’s mission to foster peace with the alien atevi civilization, has Cameron working with Ilisidi the aiji-dowager to settle conflicts in the south of the atevi continent. Ilisidi is a master of manipulation and her latest strategy involves commandeering a train to engage a minor lord in her schemes.

Another hallmark of science fiction is good old-fashioned adventure, and few things convey adventure more than superheroes. A reprint of Melinda Snodgrass’ Double Solitaire is the latest in the Wild Cards series co-edited by George R. R. Martin and Snodgrass. In the alternate history of this shared-world universe, an airborne alien virus is released over New York City in 1946, killing 90% of the world’s population and rewriting the DNA of the remaining 10%—giving many of them superhuman abilities. In Double Solitaire, the first stand-alone Wild Cards novel, Dr. Tachyon’s grandson, a despicable telepath named Blaise, looks for a new conquest on the planet Takis and takes his grandfather’s body with him. Trapped in the pregnant body of a teenage runaway, Dr. Tachyon must find a way to get to Takis and confront his evil grandson.

The Town  by Shaun Prescott (Farrar, Straus and Giroux)

Science fiction is more than aliens and superheroes; it can be literary, too, offering deeper meanings than a cursory look would show. On the surface, Prescott’s debut is about a young writer in Australia researching one of many middle-of-nowhere municipalities threatened with becoming a ghost town. He finds more than the effects of economic depression; the town literally begins to disappear as holes start appearing throughout its streets and homes. And a deeper look into the novel reveals more profound philosophical considerations about community, identity, and dislocation.

Another type of science fiction is the cautionary tale. Dystopias, which are often characterized by environmental disasters or tyrannical governments, serve that role quite nicely. Loriga’s dystopia is perhaps ambiguous at first. War has been going on for a decade and a long-married couple don’t know whether their sons, who are fighting in that war, are even alive, much less what country they are fighting for. Their strained marriage is tested further when they take in a young mute boy. Authorities relocate the three to the “transparent city,” which appears to be a paradise but soon reveals itself to be the beginning of the end of personal privacy.

What would you do if you found out that someone you know and like will one day do something evil? In Malice, a teenage girl hears a voice from the future informing her that a boy in her class will eventually create a virus that wipes out two-thirds of the world’s population. Alice must race against the clock to find his identity. She must also outwit the voice—which wants him killed—because he turns out to be the only boy she’s ever loved. Don’t let the young protagonists turn you off; books aimed at young adults are fun for older readers, too.

Science fiction can often be blended with other genres to create something refreshing. That’s the whole point of the Warhammer Horror imprint of Games Workshop’s Black Library publishing arm, which produces horror stories in the futuristic setting of its Warhammer 40K universe. In this grim far-off future, the war-torn galaxy is filled with all manner of heroes (usually space marines) and monsters (of which there are many). In The Oubliette, the Lord Governor of the planet Ceocan is murdered, leaving his daughter, Ashielle, to fill his shoes. With the assassins still at large, she cannot trust even her closest advisors and allies. When Ashielle finds a horrible monster beneath the palace, she forms a pact with it to ensure her own protection and the demise of her enemies.

Fortress of the Dead by Chris Roberson (Rebellion)

As a reminder that science fiction can often be outrageous, two words: Nazi zombies. The setting for Roberson’s novel, based on the Zombie Army third-person tactical shooter game series, is an alternate history that diverged from our own near the end of World War II. With defeat imminent, Adolf Hitler’s last resort is to raise the dead and use them against Allied forces. In Fortress of the Dead, Hitler is gone, but zombies still overrun the European countryside. That’s why Jun, an expert deadhunter, is patrolling northern Italy looking for survivors with Sergeant Josiah and his elite squad of zombie killers. An encounter with a band of fleeing refugees leads to the discovery of a secret Alpine redoubt filled with SS and Hitler Youth with their own army of zombies.