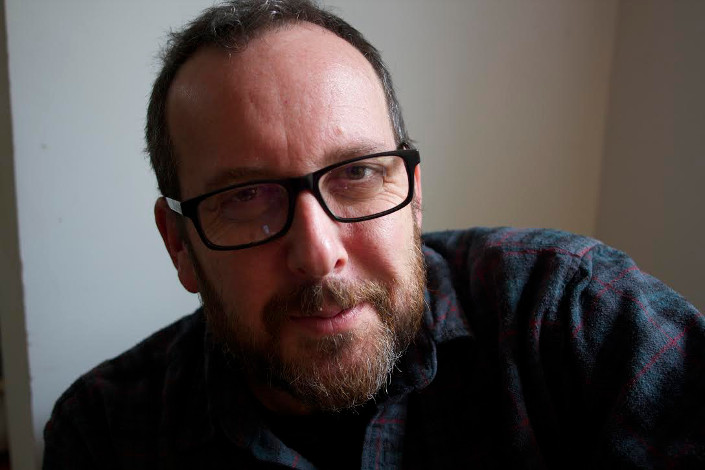 I have a friend who hates the New York Times film critic named A.O. Scott—I mean, really despises him. Thinks he’s pompous and wrongheaded—that he knows not a damn thing about movies. Of course, my friend has never met A.O. Scott, but what does this matter? People hate critics all the time. Critics, in fact, might occupy the same sphere of mass hatred as lawyers: we want a critic when she’s on our side, then we hate the critic when she points out flaws in something we love. But Scott, for one, believes that criticism is more than a brute’s discipline—more than a way to ruin people’s good times—and he has written this new book, Better Living Through Criticism, to prove it.

So what is this book? It’s not pedagogical, exactly, and it doesn’t want to provide a list of rules. “It’s a little paradoxical,” Scott says, “but the rules and procedures [of criticism] are: be open-minded, be skeptical, allow yourself to doubt yourself, don’t ever assume you know anything. It’s a book that maybe undermines its authority, partly because its argument is that everyone has [his/her] own authority.” Given all of this, the most important rule of criticism? “Don’t be stupid,” Scott says.

Nor is this a book about film specifically. Scott’s interests are wide-ranging, and I was surprised, reading a film critic’s book on criticism, how little about film it actually contains. In writing this book, Scott wanted to trace questions about beauty and aesthetic experience over a long span of culture and history; focusing only on film—a relatively young medium—would’ve been restrictive, and wouldn’t have allowed him to address the art and criticism of, say, the ancient world. But even his contemporary subjects often veer away from film, toward the poetry of Philip Larkin or the work of Marina Abramović. “I tend to be by temperament an omnivore—or dilettante,” Scott laughs.

The balance in Better Living Through Criticism is delicate—it is a personal examination of how he became a critic; it is a history of criticism; and it is, itself, a work of criticism—and this balance makes it one of the most ambitious works on the subject I’ve read. “[My book] is trying to be an example of the kind of thinking criticism is—what I would call a non-philosophical, or anti-philosophical, approach to philosophical questions.” A bit of a head-spinner, this phrase, but what he means is: criticism approaches difficult questions—about truth, beauty, you name it—from a practical standpoint, film by film, book by book, sculpture by sculpture, and we are forever, Scott says, “embedded in a collective work of figuring stuff out. One of the most important points I want to make in this book is that it’s not only that everyone is a critic—it’s that criticism is work we’re all doing together.” (To dramatize this point, Scott has considerable chunks of his book in Q&A format, as he answers questions for an interlocutor who is, well, also A.O. Scott.)

But Scott not only wants to suggest this practical side to criticism; overall, his contention is that criticism is itself an art—“a writing discipline, a literary form.” He gives many reasons for this—that works of art criticize one another all the time; that one can enjoy the writings of deft theater critics without ever seeing the productions they’re describing; that Susan Sontag can enrapture you even if you disagree with her (“I could only dream of being that brilliantly wrong,” Scott says)—but to me, the most persuasive argument is simple: that the critic agonizes over his or her creation the same way the artist does. Scott jokes that, as a critic, “you make one argument, and then you realize you could just as persuasively make another argument”—but it’s a genuine issue, a genuine struggle, and of this struggle to produce, Scott says, “it’s not as though I sit down with my mind made up and deliver something definitive—[writing criticism] is proceeding from a set of hunches and intuitions toward a coherent argument.” Replace the word “argument” with, perhaps, “vision,” and what does Scott sound like: a mere film reviewer, or an artist?

Late in Better Living Through Criticism, Scott writes that “no self-respecting critic can be an apostle of moderation,” so, of course, I feel compelled to ask whether he escapes moderation in this book. He chuckles—says, “I think I succumb to it. There’s a lot of ‘on the one hand, on the other hand’—not equivocation exactly, but an attempt to stand back from the extremes and to identify them. But I think that, in practice—and this is one of the great things about being wrong—it’s often best to push your argument as far as you can, even at the risk of going too far, than to hedge it.”

This is why conversation, and togetherness, is so important to him: because we are all constantly working out larger cultural arguments. “Criticism is an endless conversation,” Scott says. “There are never settled answers, [there is] never a stopping point. It always keeps going.” He tells me that the most common question asked of him is whether he ever changes his mind. Yes, he regrets some reviews—but he never answers this question. “It’s someone else’s job to tell me which reviews I regret. Someone else will do a better job of it. Someone else will say, ‘A.O. Scott is full of shit.’ ” He laughs. “I mean, I know that already. But I want to know why.”

Benjamin Rybeck is the author of The Sadness, a novel forthcoming from Unnamed Press in June 2016. His writing also appears in Arts and Culture Texas, Houston Chronicle, The Rumpus, The Texas Observer, and elsewhere. He is the marketing director at Brazos Bookstore in Houston.