A Dystopian Classic, in Words and Pictures 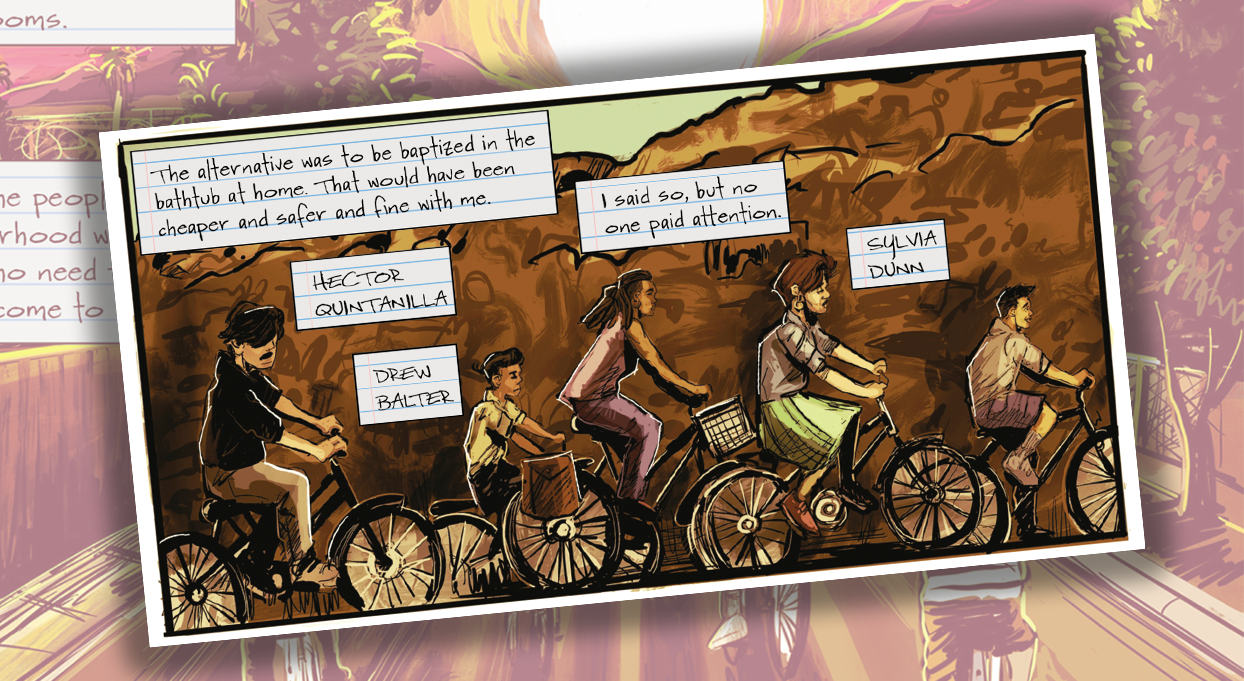 There are mountains of books and films depicting the breakdown of society. Such representations are usually precipitated by an apocalyptic, world-changing calamity such as a nuclear explosion or some long-ago catastrophe that has evolved into myth. But in 1993, Octavia E. Butler wrote Parable of the Sower, and never have I seen a more carefully balanced portrayal of a society that’s past the tipping point of conceivable recovery, but still clinging to a false sense of hope.

Butler’s near-future story is told from the perspective of Lauren Oya Olamina, a young girl on the cusp of adulthood, who lives with her family inside a walled California community. Lauren suffers from hyperempathy syndrome, a condition that causes her to feel the pain of others, a result of her mother’s use of an experimental drug. Lauren’s father, a preacher who has remarried, is the de facto leader of their  community, and tries to shield them from the crimes and barbarism that occur on the other side of the wall. Not that things are all that rosy inside; climate change has caused water prices to spike sky-high, and public services such as police protection and firefighter assistance will cost you plenty. People usually don’t bother.

Between troubles with their small community falling victim to desperate outsiders and her teenage brother trying to prove his worthiness as a man, Lauren’s outlook is understandably grim. Even the prospect of moving to a corporate-run town is a trap. Those are just thinly veiled systems of government sanctioned slavery, never intended to help people get back on their feet. If Lauren follows the usual path in her community, she’ll marry her boyfriend, Curtis, and have babies, doing little more than perpetuating the cycle of disadvantage.

But Lauren wants more. As she tries to make sense of the world around her, she begins to formulate her own quasi religion. Earthseed, as it is eventually called, essentially equates change with God. It claims the stars as humanity’s destiny. Given the state of societal decay around her, escape is a reasonable providence. And who can argue with the power and inevitability of change?

A more immediate escape from her situation occurs when Lauren’s village is attacked by a maniacal band of drug-influenced outsiders. Finding herself separated from her family, who are presumed dead, Lauren and two other community members head north along the freeway. Their travels are not easy; they are often besieged by other desperate travelers looking to survive. Lauren disguises herself as a man to make herself a less attractive target. Even so, things are tough. Imagine a never-ending riot, ignored by the authorities, with groups of people constantly searching for safe places to camp and posting guards, with little hope of salvation in sight.

Therein lies the perfect balancing act of Parable of the Sower. Society seems past the point of any return to normalcy, yet curiously accepting of it. For them, being the victims of a slow, inevitable decline is just life as usual. All around them, but always out of reach, there are signs of civilization—things such as a manned mission to Mars, giant screen televisions, and state-run authorities. There are still stores to buy supplies, albeit ones with armed guards to protect against rampant looting. The police are dishonest, taking money and valuable belongings from citizens, as payment for services they have no intention of rendering.

There’s a good reason to revisit Butler’s Nebula Award-nominated classic: the new graphic novel adaptation of it by Damian Duffy and illustrator John Jennings—the same team who adapted Kindred, another of Butler’s books. The Parable of the Sower graphic novel (Harry N. Abrams) is as faithful an adaptation as you can get. Not only does it hit all the plot points, it perfectly portrays Butler’s balancing act in regard to how far society has fallen apart. At the same time, it offers readers a bit more in fleshing out the horrors of a decaying society. The pictures, drawn with dark tones to match the serious mood of the story, often give subtext to the words. By the end, it’s not hard to imagine the journey of Lauren and her growing congregation, because you’ve walked with them through the hardships and the pain.

Five years after Parable of the Sower was published, Butler wrote a sequel, Parable of the Talents (the two books are called collectively The Earthseed Duology). Let’s hope we don’t have to wait five years for that graphic novel adaptation.