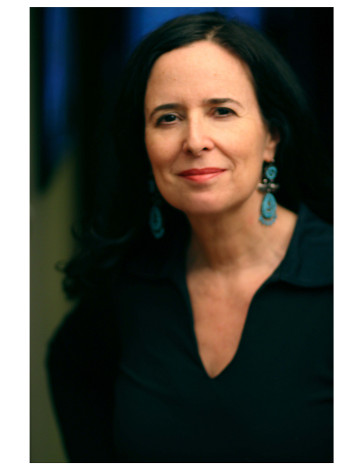 Try traveling light, or cheaply for that matter, in a post Sept. 11 era. None of us can bring everything we need, or think we do, on any trip. But in cultural anthropologist, poet and writer Ruth Behar's latest memoir, Traveling Heavy: A Memoir In Between Journeys, she notes the irony of even attempting to bring it all.

A self-described well-heeled orphan who grew up to be a professional traveler, Behar yearns and searches for home in Traveling Heavy while also tracing her Cuban/Jewish identity. Though it is a topic her other books and creative writing has tackled, the title is more about the emotional things we all carry with us than the tangible (though those are included).

The photographs and details of her memories in the book, as a little girl leaving Cuba and later as an adult who returns, remind us that while we may not physically bring things with us on each journey, we still carry much more than baggage and things. "We travel heavy with our memories, our histories," she says. "In that sense, we all travel heavy with the things that make us who we are. We travel with all our traumas and maybe we relive them when we're elsewhere with strangers. The emotional baggage may be heavier than all the things we carry with us."

Behar is an anthropology professor at the University of Michigan and, among other things she has been awarded a MacArthur "genius" grant. Her work takes her around the world and she estimates that she travels an estimated 50,000 miles annually. Anthropology has allowed her a passport to all the places she's ever wanted to go.

"Traveling can bring out the best in us," she says from her home in Michigan after one of her frequent trips back to Cuba, where she longs to own a home but has not yet purchased property. "We can take in strangers, in the best of all worlds,” she says. “Travel can be a rich and deep experience and it can be a wonderful way for human beings to come together. "

It is also a way to drill down into one's soul for answers. She describes herself in a charmingly deprecating way as a "neurotic nomad" who loves traveling but is also deeply afraid of it – logistically but also in terms of wandering without finding her place in the world. "However much I long for the island I once called home," she writes, "I'm not beholden to any one place. I'm not stuck anywhere. But I'm also never sure whether I belong anywhere."

Belonging is another theme of her memoir, second only to the theme of movement, immigration and emigration. She is both Latina and Sephardic Jew, and the history of that is stitched in tales of her discovery of her own family tree. She finds relatives and kindred spirits at the World Summit of Behars in 2004, a gathering of 75 people for four days who share her last name, so they could discuss what it meant to them, what it will mean to the generations after them.

"We were all there, presumably, to find our origins, even though it was a crazy thing to think in 3 or 4 days that we would get to the bottom of our identity," she says. "There was a sense of, 'Let's just go with this; having a story is better than not having a story.' Is identity a real palpable thing because people are from a place, or is it finally a story and if we can convince ourselves that our stories are true, it doesn't matter if it is or it isn't in a scientific way?"

At last, the nomad felt that she had found her tribe. "It was fascinating to be there with these strangers who were in fact part of the tribe," she says. "We discussed What is a 'we'? What is a community, how do we decide that we belong to a place? How do you validate an identity, how do you really know who you are and where you're from? You have people searching for roots all the time. Sometimes what we want is a myth or a story of belonging, and just the myth or story might be enough."

Her story is one that, while singular, carries universal resonance at a time when immigration is often in the news and America continues to wrestle with a growing Latino population. Not only is her story of trying to let go of physical and emotional baggage a significant one, but the sense of reclamation of identity, of returning home or even figuring out home is particularly timely.

Joshunda Sanders is a writer based in Austin, Texas. She blogs about books at Big Book Lover.