On Being Black in America 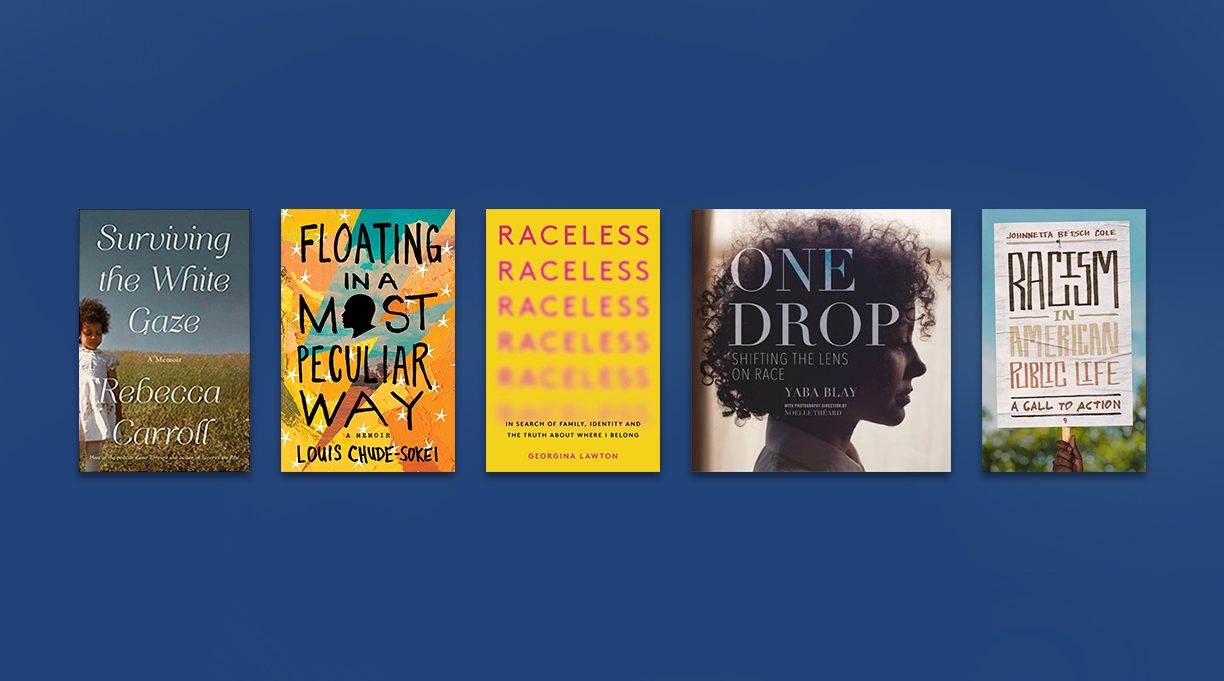 In a column earlier this month, I wrote about works that resurrect Black history. Here, I want to highlight what our reviewers have to say about five February books that address the contemporary Black experience in America. It’s an evergreen topic, but it took on special resonance following the treasonous attacks on the U.S. Capitol on Jan. 6, a violent eruption instigated by a racist outgoing president. I’m hoping that these and countless other relevant books can serve as much-needed education on Blackness and racism in this country. Open your mind, read, learn, and take action.

Surviving the White Gaze, by Rebecca Carroll (Simon and Schuster, Feb. 2): “Throughout the memoir, Carroll…demonstrates the most indelible qualities of the genre: an ability to inhabit a version of one’s self that no longer exists; an instinct for what’s important and what isn’t; and a voice that implies personal growth gained through missteps and ultimately self-knowledge. Born to a White mother and Black father, the author was adopted by a White couple with a laissez-faire approach to parenting and very little concept of race….The heart of the book lies in her back and forth with [her mother], who cast a spell on her daughter even as she spewed racist venom and situated herself more as a jealous peer than a dutiful parent. Carroll’s quest for authenticity fuels the text, but there’s also a quietly tragic subtext of failed parenting, of the many ways one generation can put its own needs before those of the next.”

Floating in a Most Peculiar Way, by Louis Chude-Sokei (Houghton Mifflin Harcourt, Feb. 2): “A distinguished literary scholar delivers an affecting memoir of life as an exile.” After leaving Nigeria and spending time in Jamaica, his mother’s native country, the author arrived in the U.S., where he “discovered further mysteries, including something he’d never heard before—the N-word—and something he’d never encountered before: an odd sort of racism that came at him from both sides, from Whites and from Blacks….A beautifully written contribution to recent work of the African diaspora.”

One Drop: Shifting the Lens on Race by Yaba Blay (Beacon, Feb. 16): “Blay opens with a primer on the history of the one-drop rule in the U.S., the laws that codified it, and the rulings that later deemed it unconstitutional. Through nearly 60 crafted first-person essays paired with striking portraiture of the essayists, the collection explores how historical definitions of race continue to influence our present-day view of racial identity. The author interviewed 70 people ages 21 to 103, representing 25 countries….Black, beautiful, and bound to spark necessary conversations.”

Racism in American Public Life: A Call to Action, by Johnnetta Betsch Cole (Univ. of Virginia; Feb. 16): “Three lectures on racism in America and the role of a liberal arts education in challenging it….Cole brings a highly knowledgeable historical and personal perspective and context to these issues, showing how deeply racism is embedded in the DNA of America and urging an engagement in the ‘courageous conversations’ required to heal the many divisions that plague the nation….Cogent dissections of issues that require constant attention.”

Raceless: In Search of Family, Identity, and the Truth About Where I Belong, by Georgina Lawton (Perennial/HarperCollins, Feb. 23): “In her debut memoir, Guardian columnist Lawton offers a unique perspective on identity and family in an era of racial awakening. The author guides readers through her childhood as a mixed-race girl raised by two White parents who insisted that her darker skin was the product of a so-called ‘throwback gene.’ After the death of her father, Lawton took a DNA test that forced her to confront why her Blackness was always treated as a burden instead of a self-evident truth….A timely, engaging exploration of family and racial belonging featuring many valuable lessons.”