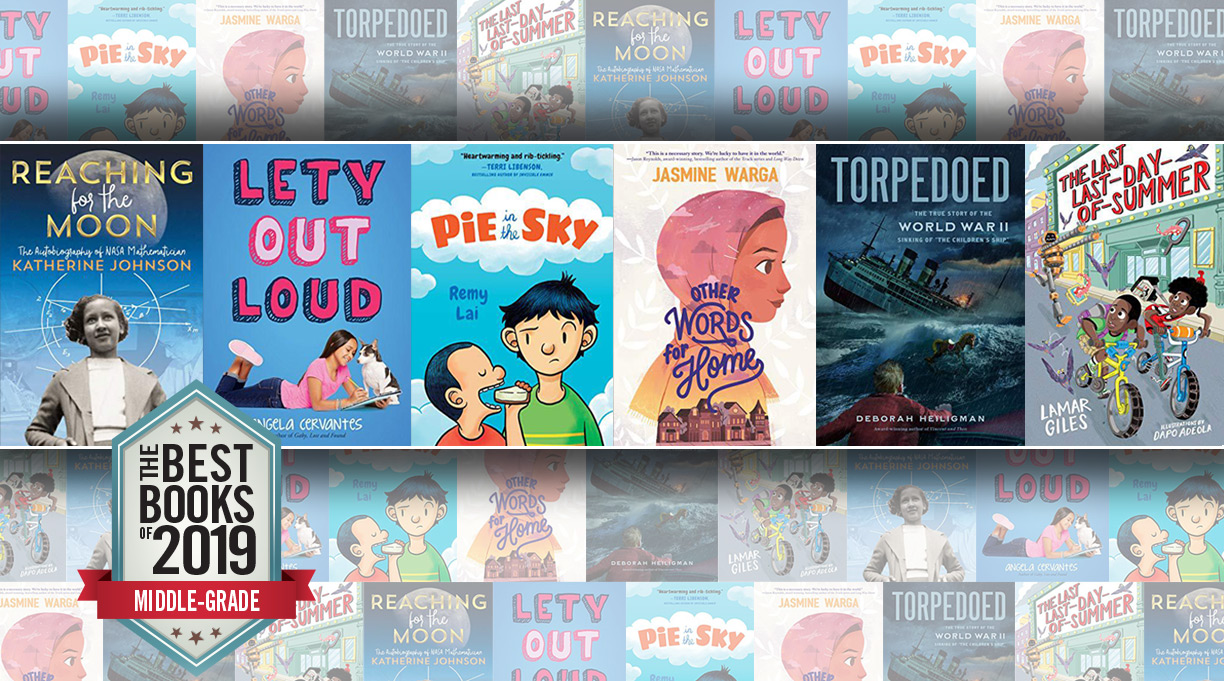 Among an adult reader’s most indelible memories are those moments spent reading in childhood. Simply thinking about my childhood favorites summons for me images of where I was when immersed in those stories: a bedroom or a kitchen I haven’t seen in decades, surrounded by the sounds and smells of those places. Forget madeleines; these characters and plots serve as their own time machines to my increasingly distant past.

Some describe the everyday lives of children, validating readers who share their protagonists’ experiences and illuminating those who do not. Only a year in the United States after moving from Tlaquepaque, Mexico, the eponymous main character of Angela Cervantes’ Lety Out Loud (Scholastic, Feb. 26) spends her summer volunteering at the animal shelter, plying her newfound command of English as a writer of profiles for the potential adoptees. Like Lety, Jude, the Syrian protagonist of Jasmine Warga’s Other Words for Home (Balzer + Bray, May 28), is newly arrived in the U.S. and attends classes with other English-language learners, navigating a world where she is identified as “from somewhere else” and asserting that she is “here now” by winning a role in the school musical. While Lety and Jude manage their new language with increasing confidence, for Jingwen, just arrived in Australia from an unidentified Asian country in Remy Lai’s Pie in the Sky (Henry Holt, May 14), English might as well be Martian. He watches with incredulity as his booger little brother soaks English up and make friends, even translating for Jingwen’s teacher when she decides Jingwen needs after-school help.

Others are more fantastic, placing child protagonists in settings that are far from everyday. For the African American cousins who anchor Lamar Giles’ The Last Last-Day-of-Summer (Versify, April 2) the extraordinary is the ordinary, as their home of Logan County, Virginia, is something of a weirdness magnet. And on the titular day, into it drops Mr. Flux, who’s determined to stop time, and it’s up to Otto and Sheed to start it back up.

Erin Entrada Kelly takes readers into a wholly created world in Lalani of the Distant Sea (Greenwillow, Sept. 3), pitching her fatherless protagonist into conflict with her community and forcing her to venture ever farther in a magical island landscape, plaiting traditional Filipinx motifs into the story much as Western fantasists employ European ones. Yoon Ha Lee leaves Earth altogether with Dragon Pearl (Rick Riordan Presents, Jan. 15), a rip-roaring space opera grounded in Korean traditions, in which gumiho Min must use all her shape-shifting powers and foxy smarts to sneak her way into the Space Forces and find her beloved older brother, who’s missing in action and been branded a traitor.

For readers who like to keep it real, we have some tremendous nonfiction. In Reaching for the Moon (Atheneum, July 2), NASA mathematician Katherine Johnson invites readers into her story of growing up “colored” in segregated West Virginia and striving to fulfill her genius in the twin faces of racism and sexism. Deborah Heiligman places readers on the decks of the City of Benares, a passenger ship carrying child evacuees from England to Canada that was Torpedoed (Henry Holt, Oct. 8) by the Nazis in the North Atlantic. Drawing on survivors’ firsthand accounts, she helps readers feel their terror. And Sy Montgomery places them in the middle of a herd of wildebeest in The Magnificent Migration (Houghton Mifflin Harcourt, June 11), contextualizing her adventure with accounts of other migrations and an exploration of the many forces that affect the movements of the wildebeests today.

For some kid somewhere, one or another of these books—or one of the other books on our list of Best Middle-Grade Books of 2019—will become that book that carries them back across the decades.