An Interview with Paul Kiritsis 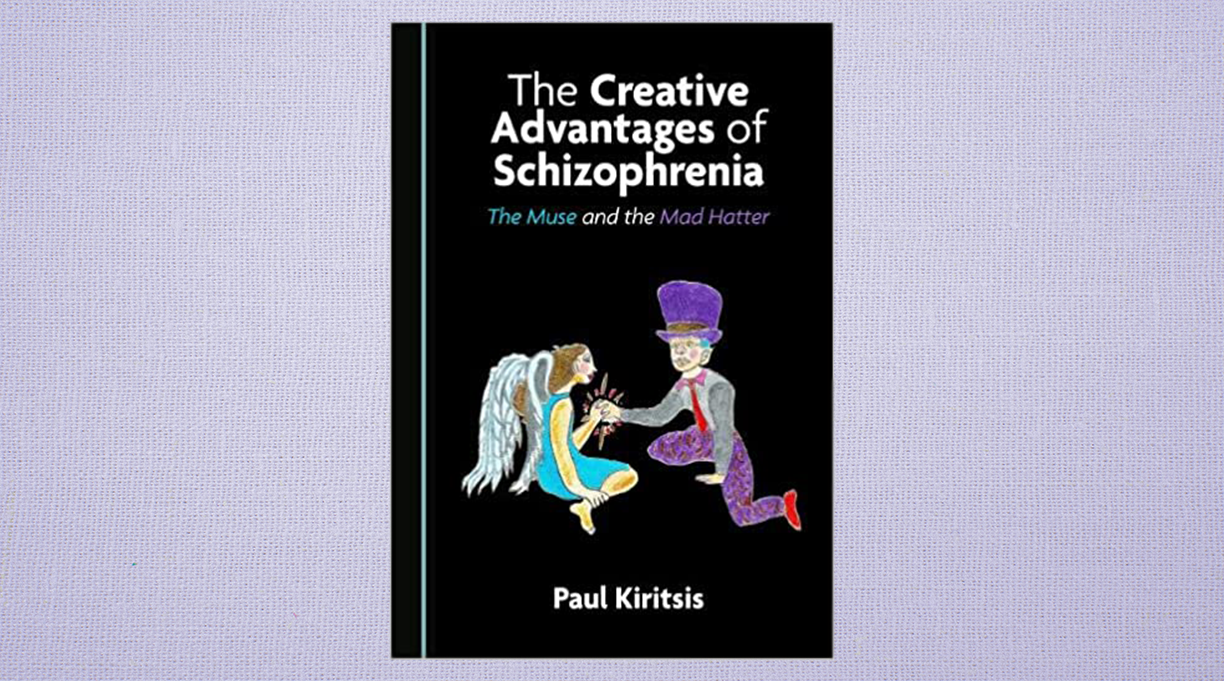 “I was amazed by his creative and innovative way of seeing the world,” remarks Paul Kiritsis, reflecting on his relationship with his cousin Christos Stamboulakis. “He was an incredible artist and very unconventional, and I loved that about him.” Growing up in Melbourne, Australia, Kiritsis was 8 years old when Christos experienced his first psychotic decompensation at the age of 18.

“We had a special relationship” continues Kiritsis, recalling Christos’ ongoing struggle with paranoia. “He really connected with me and understood that I wasn’t judging him. He’d let me into his room and show me his art; he wouldn’t let anyone else in there.” Kiritsis’ early experiences as an “untutored eyewitness” cultivated a curiosity to understand from a scientific perspective what was happening in the mind of a person with psychosis.

Kiritsis’ pathway to studying at Sofia University in Palo Alto, California, where he is now an adjunct professor in clinical psychology and neuropsychology, was not a conventional one. He graduated from La Trobe University in Melbourne with a degree in behavioral science, then felt the urge to travel—an experience that spurred him to write creatively. Returning to La Trobe, he gained a postgraduate diploma in professional writing and speech, then later a master’s degree in Western esotericism from the University of Exeter in England. In the autumn of 2014, Kiritsis relocated once again to California to begin his doctorate, investigating the link between positive schizotypy and creativity. His doctoral dissertation was adapted into The Creative Advantages of Schizophrenia, which Kirkus describes as “a stimulating investigation into an important scientific topic.”

Kiritsis’ book explains the findings of an experiment subjecting a sample of individuals with schizophrenia to computerized cognitive training to discover “whether enhancements in working memory capacity and mental flexibility are concomitant with improvements in mean creativity task performance.” In writing The Creative Advantages of Schizophrenia, the author intended to personalize his dissertation by explaining his relationship with his cousin and also by including striking illustrations by Christos that capture the shifting realities of psychosis.

The writing in the book is interdisciplinary, effortlessly alluding to writers such as Lewis Carroll, artists such as Leonardo da Vinci, and historical figures like Joan of Arc—all noted sufferers of schizophrenia—to illustrate Kiritsis’ scientific reasoning. The text is also undeniably technical, although Kirkus recognized that “beneath the topsoil of academic-speak, there is a genuinely intriguing exploration of creativity.” In this passage from The Creative Advantages of Schizophrenia,the author examines the potential outcomes of the illness:

People suffering from schizophrenia and psychotic disorders are often plagued by cognitive deficits and impairments, insidiously undermining their social and vocational functioning and inexorably pushing them closer and closer toward the vulnerable territories of social isolation and financial poverty. Many such individuals live in abject poverty and elect to commit suicide, dying prematurely.

Reflecting on his stylistic approach, Kiritsis agrees that, as with his dissertation, “the book is technical and, in that respect, still quite [dense]—there are words that a layperson may not understand.” Yet The Creative Advantages of Schizophrenia is not strictly intended for a scholarly audience, though the author suggests that readers with a prior “understanding or interest in the condition” would gain the most from the study.

Nevertheless, Kiritsis is a versatile writer. His blog, Down the Rabbit Hole, winner of a Paracelsus Award from the International Alchemy Guild, features articles on a broad range of subjects, from metaphysical inquiry to mythology and folklore. It also includes his poetry, examples of which, such as “The Mystery of Give and Take,” examine the intersection of clinical and creative worlds: “And I’m always / becoming, forever and ever, / and ever becoming / the magnanimous soul / in Mendocino mental hospital / unable and unwilling / to receive.”

Kiritsis perceives writing as an “extension of my work as a clinical psychologist, but through a different medium. Rather than helping patients on a one-to-one basis, it allows me to reach a wider audience and hopefully offer help and insight collectively.” The Creative Advantages of Schizophrenia recently won in the Best Psychology category in the Pacific Book Awards, an accolade that reveals visible pride in the author: “It’s great to receive that external validation.” He smiles. “It shows that I’m on the right path.”

So what’s next for Kiritsis? Besides the burgeoning intention to “self-cultivate” by completing further postdoctoral studies, it so happens that the author has already published another book entitled Dreamscaping Without My Timekeeper. This, he reveals, is an investigation into precognitive dreams, a subject he became interested in while researching schizophrenia. The book is based on a study he conducted in 2012.

It is difficult to perceive how Kiritsis finds the time to write; a keen artist, musician, scuba diver, and cyclist who enjoys taking advantage of California’s coastal trails, the author has also been involved in a diverse array of volunteer work, from offering aid to vulnerable giant pandas through a program at Dujiangyan Panda Base in Chengdu, China, to serving as a committee member for literary projects spearheaded by the Greek Australian Cultural League of Melbourne.

While in conversation with Kiritsis, one theme becomes common: the desire to positively affect the lives of others. His dream is to open a neuropsychological assessment center, although he is unsure whether that would be in the United States or Australia. He also talks passionately about his pro bono work, part of which involved providing psychoeducation and counseling to war veterans via Sponsor a Vet for Life, a nonprofit organization based in Wharton, New Jersey. But those who read Kiritsis’ work will discover the author’s defining characteristics firsthand: an ardent dedication to his field of study and an insatiable drive to instigate change by furthering our understanding of mental illness.

Darren Richard Carlaw is a British writer and editor and the founder of StepAway Magazine.