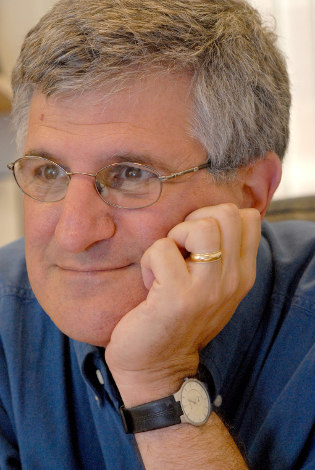 Dr. Paul Offit is chief of the Division of Infectious Diseases and the director of the Vaccine Education Center at the Children’s Hospital of Pennsylvania. He’s portrayed in a lot of ways by different factions in the public arena, and it turns out that he’s a really interesting guy.

Dr. Offit is, on the one hand, a genuine hero of modern medicine, an award-winning scientist who spent a quarter-century developing a safe and effective vaccine against the rotovirus, a disease that kills tens of thousands of people annually, mostly children. On the flip side, Offit is widely considered to be the sworn enemy of the fringe movement popularly known as “anti-vaxxers,” extremists who rally behind the likes of Jenny McCarthy to claim that vaccines are responsible for conditions like autism—a notion that flies in the face of all factual scientific evidence.

His latest book, Bad Faith, may not win over his critics but it does offer a clear-eyed, sometimes terrifying look at how religious belief has been used, both historically and in contemporary contexts, to undermine modern medicine.

“In short, when people put children in harm’s way in the name of religion, I don’t believe that to be a religious act,” Offit explains. “I don’t think those actions should be given the legal protections offered to religion. Having respect for people’s religious beliefs is fine and it’s health. Where it clearly crosses a line—and I would think there would be no debate over this idea—is when people are abusing their children in the name of God.”

One might think the book, which touches on Christian Science, Jehovah’s Witnesses, Orthodox Jews, and the Catholic Church, not to mention faith healing, cult doctrine and a catalog of ungodly acts that have resulted in the deaths of children worldwide, would be a caustic dismissal of religious values in the vein of Richard Dawkins or the late Christopher Hitchens. Instead, Dr. Offit found himself largely embracing the religious teachings he read.

“When Jesus was alive, you could argue that child abuse was the crying vice of the Roman Empire,” Offit says. “Hippocrates never mentioned children because children didn’t matter. But that wasn’t Jesus. There is story after story of him standing up for children. My favorite line in the Bible is Matthew 25:30—‘Truly I tell you, whatever you did for one of the least of my brothers and sisters, you did for me.’ You could emblazon that line on the side of every children’s hospital in the world. I’m a children’s advocate, and all of my books are really about advocating for the rights and the health of children.”

If there is a hero in the book, it is truly Offit’s friend Rita Swan, the co-founder of the nonprofit organization Children’s Healthcare Is a Legal Duty (CHILD). In 1977, Swan’s child Matthew became dangerously ill with bacterial meningitis, a serious illness that is treatable with common antibiotics. Christian Scientist “practicioners” advised against medical treatment. When Matthew died, he was 16 months old. Swan and her husband have since left the church and worked tirelessly to highlight cases of religion-based abuse and neglect.

“Rita Swan illustrated my point best of all,” Offit affirms. “She is a mother who let her son die of a treatable form of meningitis when the antibiotics that could have saved his life were only a car ride away. She found the strength to turn around and do everything she can to overturn these religious exemptions to child abuse and neglect laws. What she did, and makes her a hero to me, is that she took responsibility for believing in what she called, ‘a fragile magic.’ She not only takes responsibility by living with her own experience every day, but she takes steps not to let it happen to other people’s children. She’s one of the bravest people I ever met.”

The menace offered by certain religions isn’t simply an idle history for Offit, either. The physician was at the heart of the 1991 measles outbreak in Philadelphia that thrived in schools run by fundamentalist churches.

“It’s getting pretty serious,” Offit says of the range of diseases springing to life across the country these days. “In 2010, California suffered the worst whooping cough outbreak they had experienced in fifty years. In that one state, in one season, 10 children died of a preventable disease. We’re now seeing outbreaks of measles and mumps again. There have certainly been deaths from whooping cough and also from influenza, a vaccine-preventable illness that kills children whose parents invariably have not vaccinated them.”

In a world where no one knows someone crippled by polio, a lack of healthy fear can also wreak havoc with the workings of modern medicine.

“I do think people aren’t afraid of these diseases because they don’t see them,” Offit says. “I think we’re just now looking at the natural history of the immunization program. We ask parents today to give vaccines to prevent 14 different diseases in the first few years of life. That means giving as many as 26 different inoculations to prevent diseases that people don’t see, using biological fluids that people don’t understand. You show people pictures of polio victims and they’re all in black and white so people think disease is a historical issue. I think we’re compelled by fear more than reason, but if you watch what parents go through when they watch their child die slowly over a period of a few days because they chose not to give their child an influenza vaccine, you tend to become a passionate advocate.”

Offit says that while he sympathizes and admires people of faith, there have to be lines that can’t be crossed.

“The trouble comes when people can interpret any religious text to mean whatever they want,” he says. “ ‘Spare the rod, spoil the child’ gives you permission to physically abuse your child. The notion that one can pray for healing is taken to its illogical end to where you can pray instead of giving modern medical advances a chance to work. It’s always held up as the word of God and therefore inviolate. I think the degree to which someone wants to martyr themselves for their religion is fine; I just don’t think they should be allowed to martyr their children for those beliefs. I guess I’m just trying to do what I do in all my books, which is to get people angry enough to do something about it. When you see something that you know is wrong, it’s too hard to just whine about it and hope it will change. You have to do something about it.”