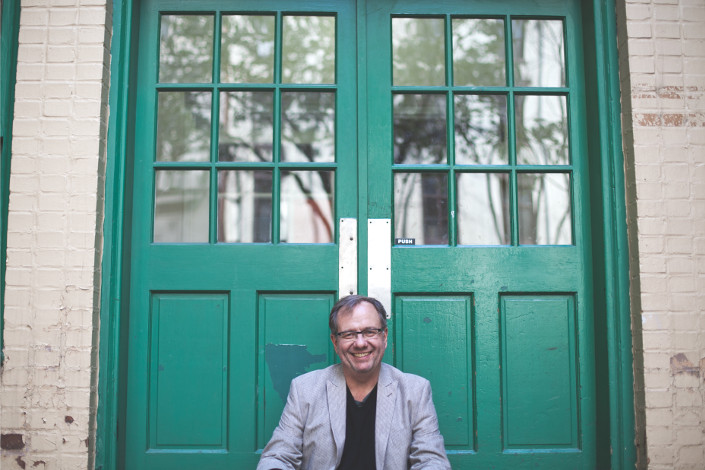 Paul Raeburn realizes the mere title of his book Do Fathers Matter? What Science Is Telling Us About the Parent We’ve Overlooked is tinged with potential controversy. But the respected science writer says it’s all about getting to the facts.

“It’s really about children,” says the former Associated Press science editor and chief media critic for the Knight Science Journalism Tracker site at MIT. “It’s aimed at recognizing what fathers contribute to their kids and how they can do that better.”

Raeburn’s previous book was 2005’s “Acquainted with the Night,” a memoir of dealing with two of his now-grown children’s battles with depression and bipolar disorder and the rift it put in his marriage. He soon found himself remarried with a new set of kids and lots of questions.

“I realized I was really interested in fathers and what makes them tick,” he says. “It didn’t take long to discover that what we think we know about fathers is not supported by evidence.”

Consider the father awaiting the birth of his child. The typical view is that he’s supportively waiting around while the mother alone goes through physiological changes that bond her to the growing fetus. Not so, says Raeburn. The dad is actually seeing a rise in prolactin and a drop in testosterone in his body.

“The hormonal changes are shaping fathers to be less competitive and more nurturing,” he says. “It’s now supported by research that it’s helping prepare men to be fathers.”

The day we spoke about his book, New York Mets second baseman Daniel Murphy missed opening day of the baseball season to be with his just-born son. It was the result of a 2011 deal that gave pro baseball players one to three days of paternity leave. One talk radio host accused Murphy of shirking his responsibilities to the team.

“The prevailing attitude is new fathers have no connection with newborns,” says Raeburn, who cites research showing just hearing the newborn child cry creates physiological changes in the dad. “Infants are shaping fathers’ brains to make them better fathers. If fathers aren’t seeing their children at birth or later, these things don’t happen.”

Raeburn notes that only four countries worldwide don’t mandate paid parental leave: Lesotho, Swaziland, Papua New Guinea and the United States. The author also brings up studies that show prematurely born children whose fathers are actively involved with them have higher IQs at age three than those who don’t and are less likely to be cigarette smokers as adults.

Which points to our major societal conflict when it comes to fathers: Research says their presence is vital to their child’s development and many fathers are heeding this call, but somewhere between a quarter and a half of children of divorced parents almost never see their fathers. Raeburn writes of a study showing “the closer adolescents feel to their fathers, the less likely they will be to engage in delinquent behavior—such as stealing, running away, disorderly conduct, violence and the use of weapons.”

Raeburn became a father again in his mid-50s, and was shocked to discover a link between older fathers and a higher risk of a child developing schizophrenia, much as a child of a mother over 40 is more likely to be born with Down syndrome. While the mother’s risk has become common knowledge, the father’s hasn’t, Raeburn says.

“One of the things I hope to do with the book is get word out about that,” he says. “They might decide they don’t want to take that risk. People ought to have facts.” Facts are indeed what matter in Raeburn’s book, and they aim to challenge our ways of thinking. Consider what he terms a “ferocious competition between the mother’s and father’s genes at the time of conception.” The father is genetically hardwired to demand as much of the mother’s resources for this one child as possible, while the mother’s genes command her to slow down and save resources for other children that may come in the future.

So creating a child is a power play, a dance, a duet, the author seems to say. Raeburn knows music as well as he knows science. He was a science junky as a kid and earned a physics degree at MIT, but spent most of his 20s playing piano in “some of the finest bands performing at Holidays Inns throughout New England.” He started to write during the day and shifted gears into journalism. Soon his science background resurfaced in his writing.

“Only a starving musician would think trying to make a living as a writer was a step up,” he jokes.

Raeburn’s book provides a synthesis of research on fathers, but he says it also points to a need for researchers including psychologists, biologists, anthropologists and neuroscientists to compare notes. “They publish in different journals,” he says. “They can look at the same question, but not talk to each other.”