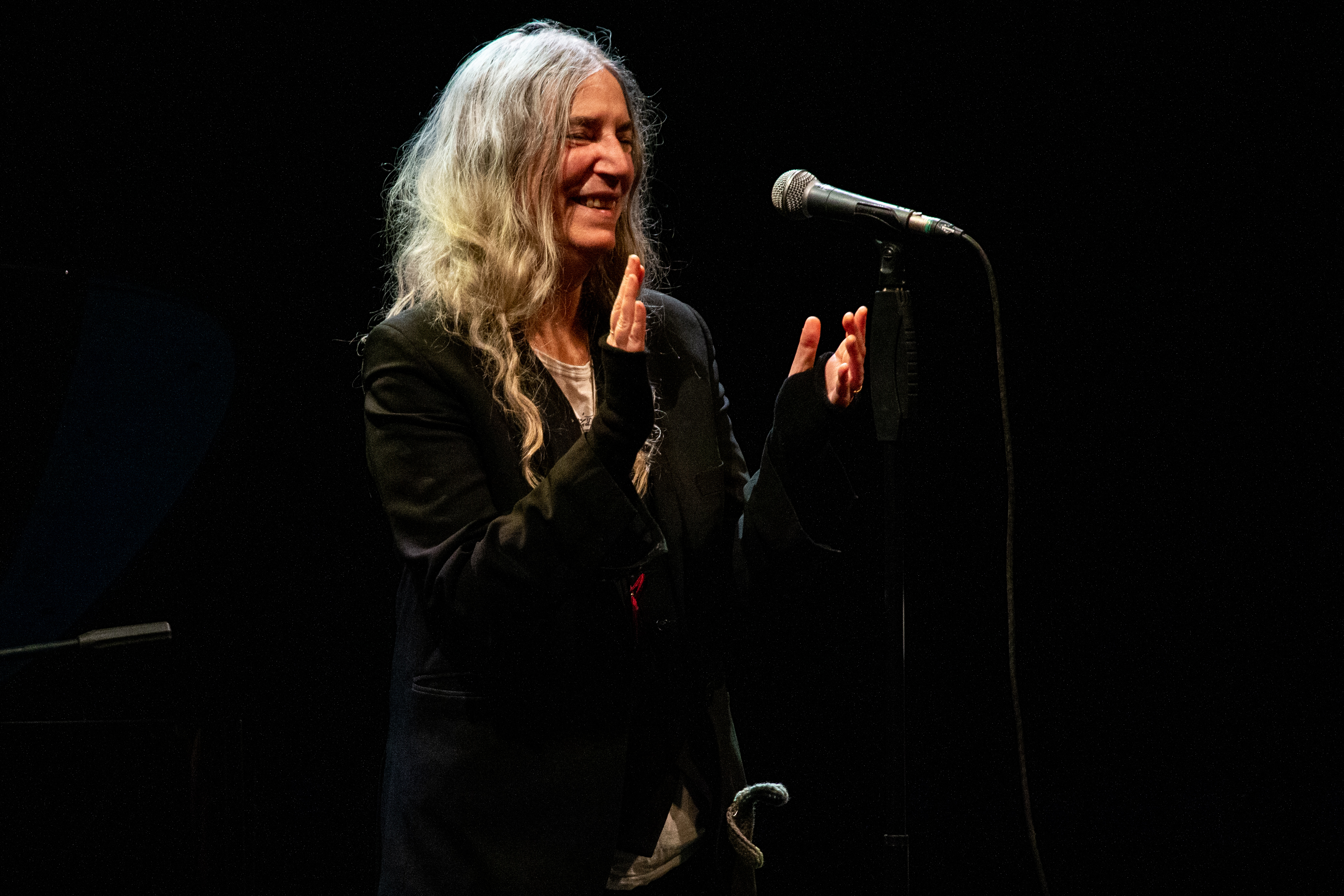 “PEN America is recognizing Smith for her prolific and multifaceted career, across which she has written arrestingly lucid memoirs and poetry; paired vital literary and raw punk sensibilities in her music; and, through it all, demonstrated an unflinching determination to protest injustice and speak truth,” the organization said in a news release.

Smith is known to rock music fans as a pioneering punk singer-songwriter, whose albums Horses, Radio Ethiopia, and Easter changed the musical landscape of the 1970s. But she’s equally acclaimed as a poet and memoirist—her 2010 book Just Kids, about her friendship with photographer Robert Mapplethorpe, won the National Book Award for Nonfiction, and was a finalist for the National Book Critics Circle Award for Autobiography.

Her books since then have included M Train  and Year of the Monkey.

“In all of Patti Smith’s thrilling incarnations—rock goddess, poet, eloquent witness to the bohemian New York of her youth—she has testified to the transformative power of literature in her own life and used her stardom to encourage reading and writing in the legions who revere her,” PEN America president Jennifer Egan said. “A polestar of my own teenage years, she set an example of badass female artistry, coupled with deeply principled humanity, that I’m still trying to live up to.”