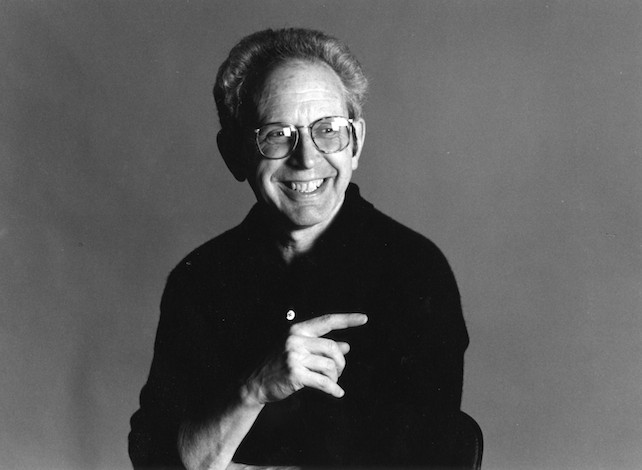 Writing about the storied American record producer Sam Phillips might seem like a natural fit for music journalist Peter Guralnick (Dream Boogie: The Triumph of Sam Cooke, etc.), and to a degree it is. After writing a celebrated two-volume biography of Elvis Presley and a dozen other books about American roots music, Guralnick is steeped in the era that gave birth to rock 'n' roll. In a starred review, Kirkus’ reviewer calls Guralnick’s latest, Sam Phillips: The Man Who Invented Rock 'n' Roll, “a monumental biography of the larger-than-life loner who fought for the acceptance of black music and discovered an extraordinary group of poor, country-boy singers whose records would transform American popular culture.”

That said, this new biography feels much more personal than Guralnick’s previous work. In fact, the author first met Sam Phillips in 1979, decades after the founder of Sun Records had long since retired from the music business. From that first interview until Phillips’ death in 2003, their careers became inextricably linked. Phillips was instrumental in Guralnick’s research into writing Last Train to Memphis: The Rise of Elvis Presleyand Careless Love: The Unmaking of Elvis Presley. Conversely, the author penned the screenplay for Sam Phillips: The Man Who Invented Rock ‘n’ Roll, a 1999 documentary that features legends like Jerry Lee Lewis, B.B. King and Johnny Cash reflecting on Phillips’ career and legacy.

“I felt all along that I didn’t want this to be ‘Breakfast With Sam,’ but I couldn’t deny that by knowing Sam for so long, I really had a front-row seat to his life,” Guralnick explains. “I felt that this personal relationship gave me a unique vantage point. Just like a character in a novel, Sam continued to grow and in some ways, change radically, even after I met him.”

In fact, Phillips often thought of this biography, produced after his death, as “his book,” and sometimes chastised Guralnick for working on other projects. Years later, even the author was able to make some realizations as he worked through the project.

“What I didn’t realize then was that he was giving me his lessons of a lifetime,” Guralnick says. “Sam saw the story as intrinsically fascinating for the story that it represented, which is the democratic ideal. There’s a Whitman-esque vision at work here. Sam saw his story as full of dramatic impact and dramatic incident. He challenged me, directly, as I think he would have challenged anybody: ‘Tell the fuckin’ truth. And if you don’t tell the truth, you ain’t the motherfucker that I think you are.’ ”

The book covers the broad scope of Phillips’ life but there’s no doubt that the decade during which he made some of the world’s most enduring rock records is key. Between 1951 and 1961, Sun Records and Sam Phillips produced what many consider to be the first rock 'n' roll record, “Rocket 88” by Jackie Brenston and his Delta Cats (led by a young Ike Turner, as well as records by Elvis Presley, Johnny Cash, Carl Perkins and Jerry Lee Lewis, including the jam session that came to be known as “The Million-Dollar Quartet”).

“I don’t know if Sam was selling rock 'n' roll so much in the abstract but he had a deep faith in the music,” Guralnick says. “It was more about the basis for the music, which was basically Sam’s deep faith in the common man and the common woman, the common person. He had an abiding faith in that ideal. He wasn’t simply trying to build up a backlog of material or increase his own income by flooding the market with records he felt were inferior. In fact, he was arguing for the need to pay these artists. Sam is saying that you have to make these singers feel like what they do is worthwhile in every way.”

Despite producing over 200 singles during the life of Sun Records, including many that topped all of the singles charts, Phillips continued to struggle.

“In later years, when artists like Johnny Cash or Carl Perkins were sought after by big record companies, Sam in some ways felt thwarted that he couldn’t match those offers, nor that they were fully legitimate,” Guralnick explains. “There was some regret on his part. But his point all along was that this was music and art of the greatest intrinsic worth. It was being made by people who had no voice in society. His belief was that these people he was recording—even those who were never going to make it—had something to say.”

In the biography, Guralnick notes that the death of Elvis Presley in 1977 brought something of a sea change to Phillips’ attitude towards his own legacy.

“In my thinking, Elvis’ death brought him up short,” he says. “It caused Sam for the first time to really think about his place in history and how history might reflect upon him and what he had done. The portrayal of Elvis was so distorted by then that anyone could say anything they wanted to say. I think in the aftermath of that distortion, I think he finally came to the realization that you just can’t let history take care of itself. If you want to have a voice in it, you better speak up.”

Guralnick hopes his biography of Sam Phillips paints a broader picture of a man who was already, in some ways, larger than life.

“I would hope that people see a much larger subject that has to do with democratic dreams and democratic vistas,” he says. “We’re talking about a man who can’t be confined to a single subject or a single artist. I think it has to do with Sam’s commitment to individualism and the fact that if we don’t express that individualism, we’re going to be in a kind of prison of social conformity. It wasn’t even so much that Sam was a contrarian. He was just determined to act on what he felt was right.”

Clayton Moore is a freelance writer, journalist, book critic, and prolific interviewer of other writers. His work appears in numerous newspapers, magazines, websites and other media. He is based near San Francisco.
MORE FEATURES
POPULAR KIRKUS STARS