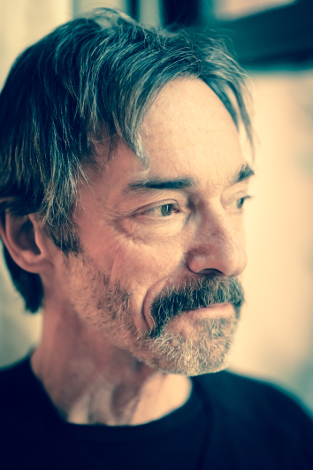 Peter Nichols literally shipwrecked. Hollywood bigwigs optioned screenplays of his that were never produced. Love came and went. And when he submitted a draft of The Rocks, a novel quite unlike the bestselling nautical nonfiction he’s known for (A Voyage for Madmen, 2001; Evolution’s Captain, 2003, etc.), his longterm literary agent left him.

“Bad things don’t happen to writers; it’s all material,” Garrison Keillor said—and The Rocks is so much richer for the delectable allusions to its author’s adventuresome life.

In this scintillating saga, three generations of characters love and lose. One answers Hollywood’s siren call. A sailor, proficient in navigating by sextant, retraces Odysseus’s journey and writes a niche book about it. And one runs “the Rocks,” a storied resort on sumptuous Mallorca, where Nichols’ parents owned a little yellow vacation house while he was growing up.

The fictional resort the Rock is actually based on a real place, “and it has stayed the same,” Nichols says. “I haven’t been there for a few years, but I did send the book to the people there, worried that they would take umbrage about it—they apparently loved the book. I loved that you would go back there, year after year. There was that continuity of an association of all those people, while the infrastructure of the place changed and the crawling hordes of German tourists grew up around you. I could see my love of Spain still, through all of that, and one reason for writing the book was just to go and be in that place every day.”

In The Rocks, preternaturally attractive octogenarian Lulu Davenport has been the famed resort’s proprietress for over five decades by 2005. She recently suffered a minor stroke with two notable effects: Lulu now liberally curses in conversation and no longer adheres to a strict daily schedule.

“She set off to the market with her straw bag over her shoulder as ever, but at random hours. In this way she encountered his first husband, Gerald Rutledge, one afternoon late in March. They had both remained in the small town of Cala Marsopa after their divorce in 1949, yet by evolving antipodal routines they had managed to avoid each other almost entirely for half a century,” Nichols writes.

Lulu has some choice words for Gerald—she’s never forgiven him for the undisclosed disaster on their 1948 honeymoon that made their marriage a brief one. Though time has not been as kind to Gerald, he pursues Lulu from the marketplace, back to the Rocks, to finish their altercation.

It doesn’t end well: “They rolled together, not toward one of the flat spots where guests spread towels. They tumbled off a ledge into the sea,” he writes.

To disclose that the two main characters die typically constitutes a spoiler, but not in this case: it happens by page eight. The Rocks is a story told in reverse, beginning on that fatal day in 2005 and flowing to 1995, to 1983—all the way back to 1948’s initial schism. In this degressive context, spoilers are rather hard to define.

“I’m sure you can figure it out better than me—it’s why I took 400 pages to do it,” Nichols says. “It is interesting, because the only spoiler would be what happens to Lulu, and no one needs to tell, or has written, that—just that this terrible thing has happened. [The Rocks] is the un-peeling of all these finished lives and what goes into making them.”

That terrible thing reverberates through the lives of Lulu’s son, Luc Franklin, Gerald’s daughter, Aegina Rutleged, and her son, Charlie, in ways both superficial and profound. In 1983, for example, Lulu refuses to join Luc on the yacht of a Hungarian film producer he’s dying to impress, because she doesn’t “do” boats since her honeymoon.

“ ‘Oh, for fuck’s sake!’ said Luc. ‘Just because you had a rotten time with your first husband on some little boat a hundred years ago, what’s that got to do with life now?’ ” Nichols writes.

Their confrontation triggers a series of events that are, by turns funny, surprising, hopeful, sexy, disheartening, and dangerous—all those elements make The Rocks such wicked fun.

“All my [other] books are on the Father’s Day table. I don’t want to be on the Father’s Day table,” Nichols says. “I wanted to write about relationships; I wanted to write a book that women would like, too. And I know from writing this book that it’s fun—that’s the word I use. It should be fun to read, and it really is the best thing I’ve ever written.”

Megan Labrise is a freelance writer and columnist based in New York. Follow her on Twitter.
MORE FEATURES
POPULAR KIRKUS STARS