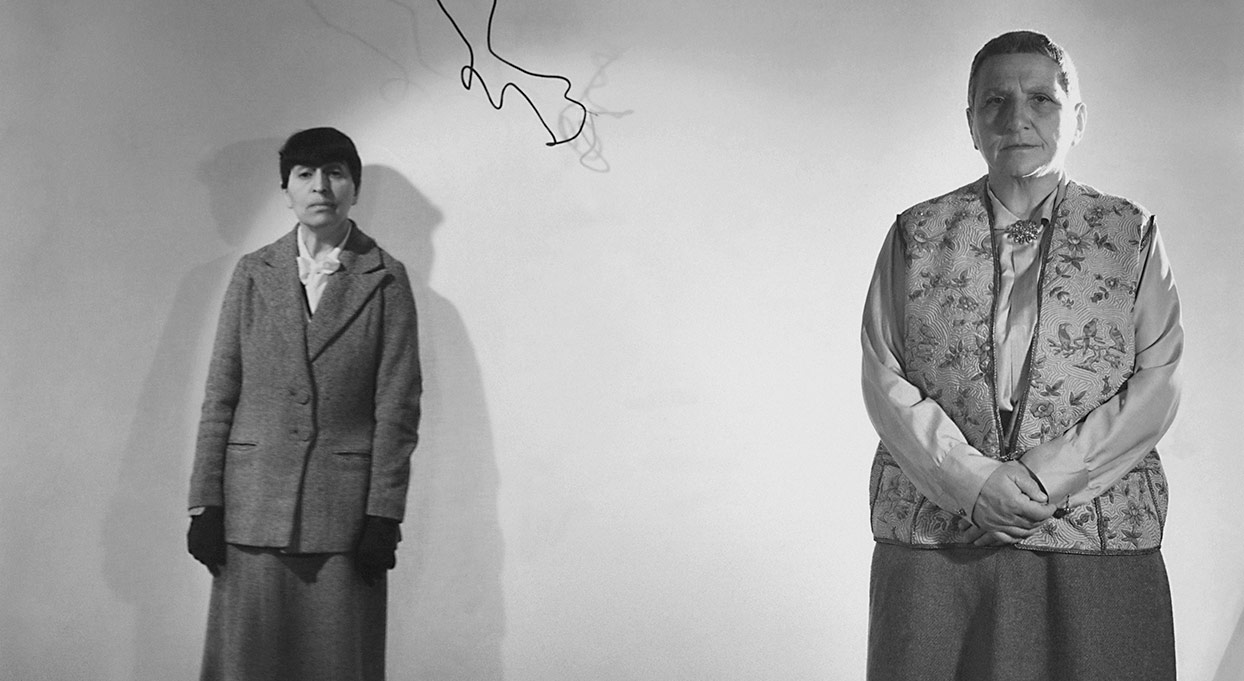 As  I was searching through recent reviews to highlight books for our Pride Issue, I also dug into the archives and stumbled across an author who exuded confidence and pride about who she was: Gertrude Stein, the modernist icon and author of one of the first coming-out stories, “Q.E.D.,” written in 1903 but held back by the author and not published until 1950, as The Things As They Are.

Of course, Stein wrote many other notable works, most significantly Tender Buttons (1914) and The Autobiography of Alice B. Toklas, which Kirkus reviewed in 1933, the year Virginia Kirkus founded the publication. At the time, our reviewer noted that the book was “going to cause some annoyance and much discussion.” That prediction proved to be quite prescient, as Toklas has been a source of both irritation and illumination for decades now. Toklas was really Stein’s autobiography, written through the eyes of her lifelong partner, and our reviewer captured its essence well: “There is no affectation here, none of the stream of consciousness method. Intensely interesting, and should have more than a moderate sale.”

When I was an English major, Stein was required reading in any modernist course. Though many of my fellow students were left cold by her style (a stance I can understand), I found it refreshing—which is why I was excited to see a vivid new reinterpretation cross my desk: The Autobiography of Alice B. Toklas Illustrated (Penguin Press, March 3). Illustrated by New Yorker cartoonist Maira Kalman, the new version received a star from our reviewer, who called it “a sparkling, imaginative rendition of a literary classic.” That pretty much sums it up, but our review also noted how well the book captured the effervescent intellectual spirit of Paris in the 1920s and ’30s: “Luminaries came and went, all beautifully captured with Kalman’s bright brush strokes: Toulouse-Lautrec; Seurat, who “caught his fatal cold”; the “extraordinarily brilliant” Guillaume Apollinaire; William James, Stein’s former teacher; Marcel Duchamp (“everybody loved him)”; Isadora Duncan and Nijinsky; James Joyce and Sylvia Beach; Hemingway; the “beautiful” Edith Sitwell; and of course, Toklas, wearing one of her hats with “lovely artificial flowers” on top. (For more insight into the Paris of Stein, Hemingway, Duncan et al., check out Stein’s Paris France.)

“Fragmented, elliptical, and consistently provocative.” While that assessment could fit many of Stein’s works, this time it refers to Emerson Whitney’s Heaven (McSweeney’s, April 14), a slim yet potent excavation of identity, gender, body, and self-acceptance. Our reviewer wrote, “The author tells their story in three parts, each beautifully poised and composed of brief paragraphs, some only one short sentence. Piecemeal, like snapshots, Whitney slowly reveals an early life of uncertainty, pain, and suffering.” As they chronicle their troubled family life alongside their exploration of gender nonconformity, Whitney takes readers on an emotionally and psychologically charged ride, weaving in wisdom from Freud, Ginsberg, Irigaray, and others.

Whitney also pays loving and eloquent tribute to their grandmother, the key source of stability in their life. “I love this woman for throwing me into deep water,” writes the author. “She wants to hoist me up every once in a while and look. My heritage is her hopefulness and the complexity of a body that looks, in parts, like hers.” In this prose debut, Whitney energetically and incisively captures all of that complexity and more, demonstrating a kindred spirit to Stein’s but emerging with a voice all their own.