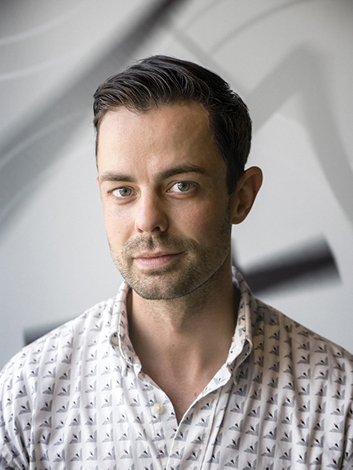 In Fire Song, Shane, an Anishinaabe teen, is capsized by his sister’s suicide and his mother’s subsequent disintegration. Add to that his boyfriend’s closetedness, his girlfriend’s demands, his family’s poverty, and his rotten options (become a drug dealer or delay college), and Shane will be lucky to survive his teenage years, never mind attend university in Toronto. Our reviewer says of Adam Garnet Jones’ starred novel: “Complex, vulnerable emotion is embedded within the specificity of the writing in this dramatic prose debut.” Here we talk with the YA author and filmmaker about capitalism, Two-Spirit characters, and queer youth.

You wrote Fire Song based on your award-winning film of the same name. What did you explore in the book that you didn’t or couldn’t in the film?

I wanted the book to expand on the world of the film. The film is focused on Shane’s personal experience, and it takes place exclusively in the present. It works onscreen, but by keeping viewers in the present, the film only hints at various systemic factors at play within Shane’s community. The book allowed me to share aspects of individual and community histories via Shane’s and [his girlfriend] Tara’s thoughts, memories, and experiences of the world. It’s one thing to see and hear Shane in the film, but it’s a more intimate experience to be inside his head, seeing the world as he sees it.

The other piece that I wanted to bring to the book was queer sex and sexuality. There is a limited amount of sexuality in the film, but it’s such a big part of what is driving these characters. Shane and [his secret boyfriend] David are in love, but they’re also drunk on each other’s bodies. It’s so rare that queer kids get to read something sexy about themselves, even though we all know being a teenager is a pretty sex-crazed time (even if you’re not doing anything about it). I wanted to bring that energy to the book, but a little bit goes a long way.

What drew you to write about suicide for a YA audience?

When I first started writing the film, it felt like no one was talking about Indigenous youth suicide. When I started writing the book, people were talking about Indigenous youth suicide as though it was this inexplicable, crazy mystery. I wanted to write a book that talked about suicide in a way that people can understand. Every suicide of an Indigenous youth is a personal tragedy, but it’s also a symptom of cataclysmic systemic failure. Or maybe it isn’t a failure at all. Maybe our suicides are evidence of the success of a system that does everything it can to attack the lives of Indigenous people. Either way you look at it, suicide in our communities isn’t a mystery. There is isolation, abuse, substance dependency, poverty, a hostile government, and generations of genocidal history. There are known factors at play, and I wanted to talk about those.

The characters’ struggles in Fire Song are exacerbated by being poor. Were you interested in depicting the obvious and possibly not-so-obvious ways poverty affects or limits choices?

I didn’t grow up with money, so it’s hard for me to look at poverty with any objectivity. Capitalism requires a large number of working poor, so as long as we have capitalism, we have poverty. If we’re not OK with that, we need to build something new.

Who are some of your favorite authors of young adult LGBTQ literature, and do you think we’ll see more work about queer Native youth?

Cherie Dimaline’s book The Marrow Thieves is so queer! I loved it. It’s ferocious and singular and gorgeous. I hope it keeps lighting the world on fire, inspiring a new generation of writers to include deliciously diverse Two-Spirit characters.