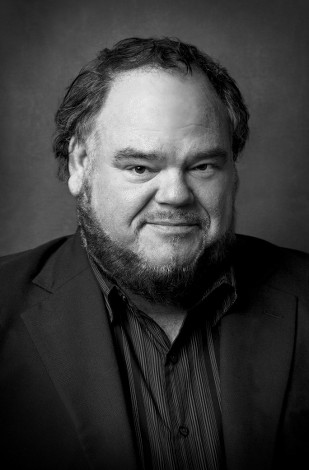 Wilton Barnhardt has an authorial air. “I was once at a Jiffy Lube in New Orleans and people were treating me like I was some kind of royalty, and it turned out they’d mistaken me for John Kennedy Toole,” he says. Right church, wrong pew: Louisianan Toole (d. 1969) penned Pulitzer Prize-winner A Confederacy of Dunces.

Lively North Carolinian Barnhardt is the author of Lookaway, Lookaway, his fourth novel. Both books are sprawling, sidesplitting Southern gothic, populated by hot-weather people, their hurricane personalities formed at the confluence of breathlessly swirling storms: gender, sexuality, race and class. Little wonder the corpora of Barnhardt and Toole bear a family resemblance. Both authors belong to the brotherhood of bighearted Southern writers.

Barnhardt has an evident love for his characters—even steel magnolia Jerene Jarvis Johnston (monogram JJJ), proud North Star of the constellatory Southern family chronicled in Lookaway, Lookaway. “Jerene is the iron matriarch, villain or hero, depending on [your perspective],” says Barnhardt. “I tend to be a little scared of her. She could eat her social peers for hors d’oeuvres. She could kill with her bare hands if family status was at stake.”

By the advent of the Obama era, Jerene’s pedicured toehold in Charlotte high society has eroded: Her husband Duke, former all-American and descendant of a Confederate general, forfeited a promising political career and now runs Civil War reenactments. Their fortune is dwindling. Brother Gaston Jarvis, a bestselling writer of lowbrow novels, bellows from the bottom of a Bourbon bottle. Sister Dillard is a recluse, and their scheming mother Jeannette aims to retain her perch at a palatial assisted living village in spite of the emptying coffers. Jerene and Duke’s four children threaten the family legacy, the viability of the Jarvis Trust and a namesake room at the Mint Museum, in creative and modern ways.

“‘One scandal could ruin a family’s name.’ And that scandal always arrived fatefully, inexorably,” writes Barnhardt. Jerene must stand as Atlas among them, balancing the family reputation on her able back.

Each chapter cleaves to a different character, and Barnhardt artfully weaves the variegated threads into whole cloth. When the family comes together, as for an epic Christmas dinner fueled  by gallons of fine wine, the skeletons come tumbling. A family, Southern or otherwise, can get up t

o all sorts of no good in the course of plain old living. “I have a very high fascination with life’s absurdities and the kinds of trouble people can get themselves in rather innocently. Most of my comedy comes out of that,” says Barnhardt.

It is deeply, devilishly funny—and it’s up to the Jarvis Johnston women to suppress their knowing laughter as embarrassments emerge. As Jerene tells daughter-in-law Kate, “Men are only good at duplicity when sex or money is concerned. Women grow up having to sham and artifice their way through life; we have a high tolerance for secrets, despite our reputation for gossip. We go to our graves with an encyclopedia’s worth of things we chose not to tell our husbands, our families. For the sake of tranquility.”

Barnhardt captures the evolving upperclass with pitch-perfect dialogue, though his origins are humble compared to those of the Johnston clan. He is the son of a cigarette factory worker and a schoolteacher from Winston-Salem. “And yet the South has enough fluidity that I have met people from top families,” he says. “I really don’t make a great deal up, I usually just observe and quietly take notes on other people’s lives. ... People feel that because they’re on a cell phone they’re in a cone of silence and nobody hears—but I listen.”