In this profile sponsored by Scholastic, the author of Guts discusses her approach to writing a graphic memoir about her childhood anxiety. 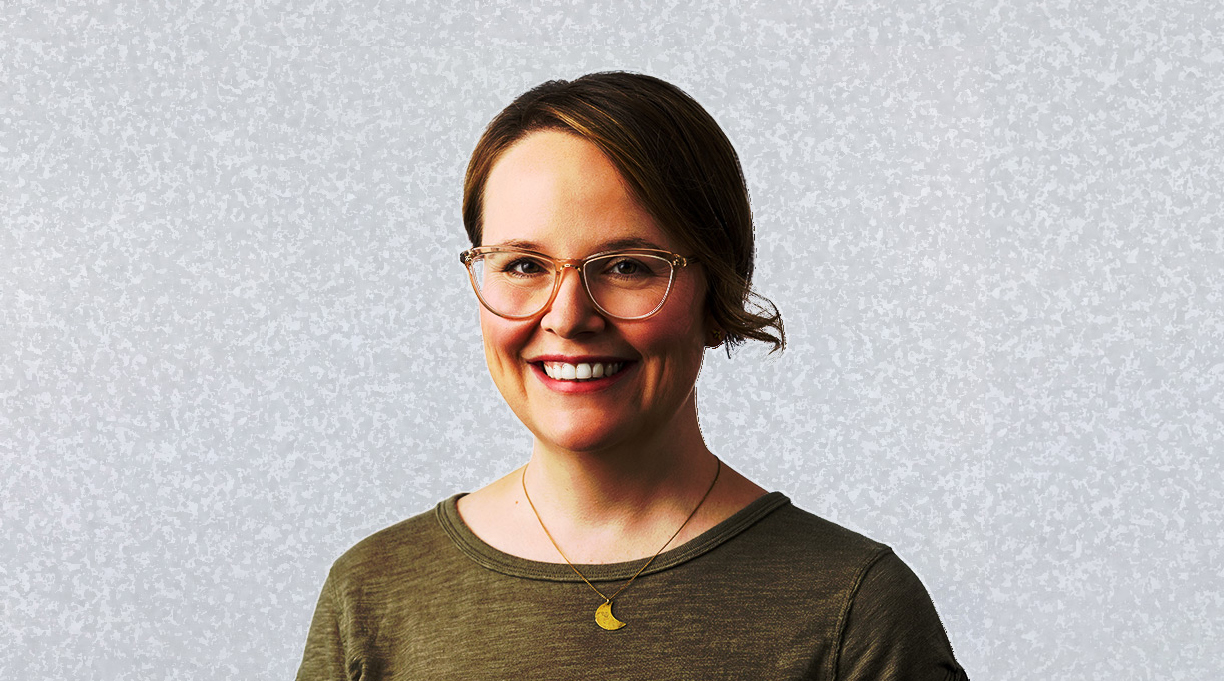 Raina Telgemeier was producing autobiographical comics long before the runaway success of her New York Times bestselling graphic novels Smile (2010) and Sisters (2014). From the age of 9, enamored by the comic strips she read in newspapers, Telgemeier began creating her own. For a “lack of other stories,” she chose to focus on the everyday, on life as she saw it unfolding around her. “I had a really hard time coming up with ideas,” she recalls. “I thought if you wanted to be a writer, you had to be somebody who made stuff up, and I wasn’t one of those kids.” And so her comics became a diary of sorts, something private and personal that she did for herself without any intention of sharing. “But after doing that for 25 years,” she says, “I realized the ideas, the stories, were right there.”

While Telgemeier may have found the basis for her latest graphic novel–cum-memoir, Guts, in her own life experience, that didn’t mean it was an easy story to tell. “It’s a story I’ve been living with my entire life,” she explains, but unlike Smile, which explored her encounter with orthodontistry, or Sisters, which dealt with her relationship with her sibling, Guts is centered around issues we don’t typically think of as appropriate for “polite company:” anxiety and irritable bowels.

After introducing readers to a character—her younger self—who deals tangentially with anxiety in her previous books, Telgemeier felt compelled to address the issue head on. “I thought, ‘You know what, it's time to tell this story and be completely up front about it, even though it's embarrassing and there are stigmas and taboos, and it’s related to a phobia that deals with bodily functions.’” And while her early work may have dealt with less weighty issues, she found that the experience of producing such books nevertheless prepared her to approach this chapter of her life with the sleight of hand it required.

“I think the beauty of the graphic novel format is that you can show and tell,” Telgemeier explains. “So with something like anxiety, which can be really hard to describe—especially for a young person—you can use a combination of color and playing with something like time and dialogue to get to this really cool place where you can describe something deep and personal in a way people can actually feel for themselves.”

Telgemeier began dealing with anxiety and her stomach issues when she was around 9, the same age that she discovered comics. “One of the places I found comfort,” she remembers, “was in the comic strip “For Better or For Worse.” While it didn’t address her specific concerns, it dealt with “typical problems that kids had: bullies and pimples and crushes,” and for Telgemeier, that proved to be enough. She was particularly struck by the fact that the creator was writing from her own experiences. “It was so validating to see that, and it was a big motivation for me to want to create something similar.”

There is a long-standing tendency among parents, teachers, and librarians to dismiss the merits of graphic novels or to see them as steppingstones toward “real” literature. “I think that does kids a real disservice,” Telgemeier insists. “Just because they're laughing, just because there are pictures, doesn't mean there isn't value. There's so much to be found in this medium,” she says, listing off comics that range from Jennifer and Matthew Holm’s Babymouse to Marjane Satrapi’s Persepolis.

“A lot of kids will say that they don't like reading,” Telgemeier continues, “and we — as in other cartoonists—find that graphic novels can get kids interested in reading for the first time. Books can be intimidating because of their size or the number of words or chapters, but the pictures make it effortless. I get excited emails from kids who say, ‘Yours is the first book I ever read.’ They discover a love of reading, and then they find that they want more.”

James Feder is a New York–born, Scottish-educated writer based in Tel Aviv. Guts was reviewed in the June 1, 2019, issue.