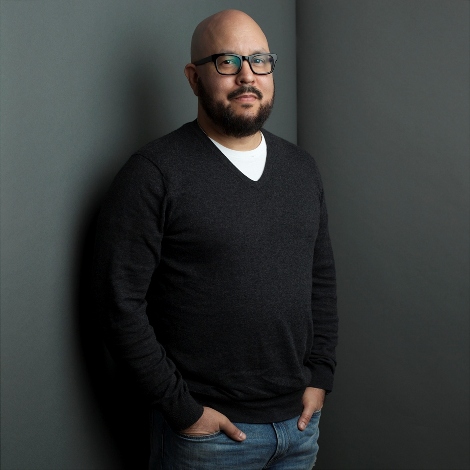 In the first 100 pages or so of Raymond Villareal’s debut novel, A People’s History of the Vampire Uprising, a Centers for Disease Control investigator discovers an outbreak of a virus that turns people into vampires, or, as they prefer to be called, “Gloamings.”

Also, people start to disappear along the border, gold and priceless works of art are stolen in seemingly unsolvable robberies, an FBI agent engages in a shootout with Gloamings, more and more people (possibly the Pope?) are willfully transforming, Gloamings start to lobby Congress for a new Civil Rights Act, and a group of renegade priests begin Special Forces-grade operations against Gloamings who have snuck into the highest echelons of The Vatican and the U.S. Congress.

In other words, a lot happens really quickly.

Villareal is a practicing lawyer in San Antonio and People’s History is the first novel he’s completed. “I’m really good at starting and not finishing books,” Villareal says. “A couple of those had the main character as a lawyer, that kind of thing.”

But when the idea for a vampire novel came to Villareal, he knew it had to be different. “I wanted to do something that wasn’t so supernatural or romantic. So I thought I’d stick with what could have been the reality,” Villareal says. “It had to be real, medical-based, and, since I’m a lawyer, I needed to put legal elements in as well.”

As Villareal explored how a vampire outbreak would be treated in the 21st century, the narrative almost started to build itself. “The first character was Lauren Scott, who works for the CDC. If there was going to be an actual virus that turned people into vampires, the CDC would be the first ones to investigate.” Once Villareal had that realistic foothold, the rest of the narrative fell into place. “I knew I’d want a political character, then a priest would work out good, then one character came from another character and it kept going.”

People’s History pushes the boundaries of the vampire book in innovative, surprising ways. Villareal throws out any concept of a traditional narrative in order to compile a collection of “documents” that tell the story from different angles. A foreword by the compiler explains that, even though events are still changing quickly, “now is the perfect time to compile the beginning, middle, and...if not the end, then that place that occupied the in medias res of our current conflicts.”

The novel defies easy categorization. A chapter told from the point of view of an FBI agent might be followed up by an article from the American Bar Association Law Journal documenting the struggle for Gloaming rights, or a first-person chapter told by the CDC investigator who discovered the virus, or a transcript of an interview with a priest arrested by a shadowy, perhaps governmental, agency. Along the way are plenty of pop culture surprises. Taylor Swift, for example, plays an important off-stage role.

Underlying the novel are subtle notes of social and political commentary. “I always had an interest in how we approach people who are different from ourselves and how government and others approach them,” Villareal says. “[The Gloamings] may scare people or people may dislike them for whatever reason. That was always my interest. How would people react to a class of vampires? Do you want to understand them or hate them?”

People’s History pulls off something truly unique. Not only is the book compulsively readable and satisfying, but it also retains some ambivalence about the uprising and the Gloamings. “Honestly, I would hope the readers would be kind of unsure about how they’d feel. They should support and hate the Gloamings. They should have mixed feelings about what they’d bring to society,” Villareal says.

So are the Gloamings an oppressed minority with a misunderstood culture, or are they frightening monsters? Villareal says he hopes readers pick a side, but he admits with a laugh, “I don’t think I have. I wrote the book and I still haven’t picked a side.”

Richard Z. Santos is a writer and teacher living in Austin. He recently completed his first novel.