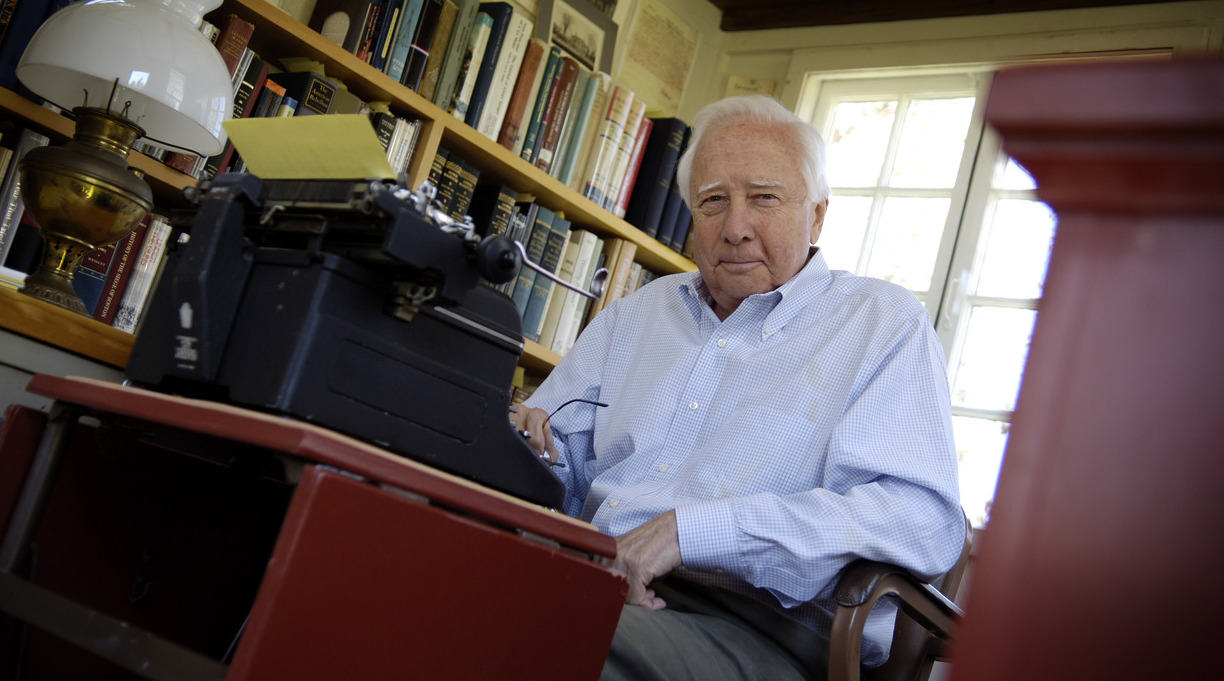 On Aug. 7, we lost the legendary author and historian David McCullough, who died at the age of 89. McCullough was one of the most significant popular historians in the U.S. for decades. Ask any fan of American history or biography to name their favorite authors, and his name will be on the list. His trophy shelf alone is awe-inspiring—among other honors, McCullough won two Pulitzers, two National Book Awards, two Francis Parkman Prizes, a Los Angeles Times Book Prize, the New York Public Library’s Literary Lion Award, and the 2006 Presidential Medal of Freedom—but perhaps more importantly, he reinvigorated the genres of history and biography, making them palatable to nearly any reader.

A master of narrative nonfiction, McCullough was both a consummate researcher and a polished writer, and his ability to maintain his scholarly rigor while entertaining a wide general audience is unmatched. By concentrating on the humanity of his subjects—whether he admired them or not—he brought history out of the dusty shadows and into the light. He was never satisfied with mere description; he wanted us to experience the events and embrace the characters that populated his pages. “History is human,” he once said. “It’s about everything. It’s about education. It’s about medicine. It’s about science. It’s about art and music and literature, and the theater. And to leave [all that] out is not only to leave out a lot of the juice and the fun and the uplifting powers of human expression, but it is to misunderstand what it is.”

I don’t have space to highlight all of his books—none of which is out of print—but browse through the Kirkus archives, and it’s clear that our reviewers have always been impressed by his work. Here is a brief selection of the praise he received for his books of the last two decades.

The Pioneers (2019): “Lively history of the Ohio River region in the years between the Revolution and the Civil War.…Characteristically, the author suggests major historical themes without ever arguing them as such.…Vintage McCullough and a book that students of American history will find captivating.”

The American Spirit (2017): “Arranged chronologically, the texts of these speeches—most were university graduation talks—reveal both McCullough’s passion for history and his profound belief in America, or at least his vision of America, which is both encompassing and deeply hopeful.…Clio, the muse of history, smiles and nods her head on every page.”

The Wright Brothers (2015): “A charmingly pared-down life of the ‘boys’ that grounds their dream of flight in decent character and work ethic. There is a quiet, stoical awe to the accomplishments of these two unprepossessing Ohio brothers in this fluently rendered, skillfully focused study.…An educational and inspiring biography of seminal American innovators.”

The Greater Journey (2011): “An ambitious, wide-ranging study of how being in Paris helped spark generations of American genius.…A gorgeously rich, sparkling patchwork, eliciting stories from diaries and memoirs to create the human drama McCullough depicts so well.”

1776 (2005): “A master storyteller’s character-driven account of a storied year in the American Revolution.…Against world systems, economic determinist and other external-cause schools of historical thought, McCullough has an old-fashioned fondness for the great- (and not-so-great) man tradition, which may not have much explanatory power but almost always yields better-written books.”

John Adams (2001): “While McCullough never misses an episode in Adams’ long and often troubled life, he includes enough biographical material on Jefferson that this can be considered two biographies for the price of one.…Despite the whopping length, there’s not a wasted word in this superb, swiftly moving narrative, which brings new and overdue honor to a Founding Father.”