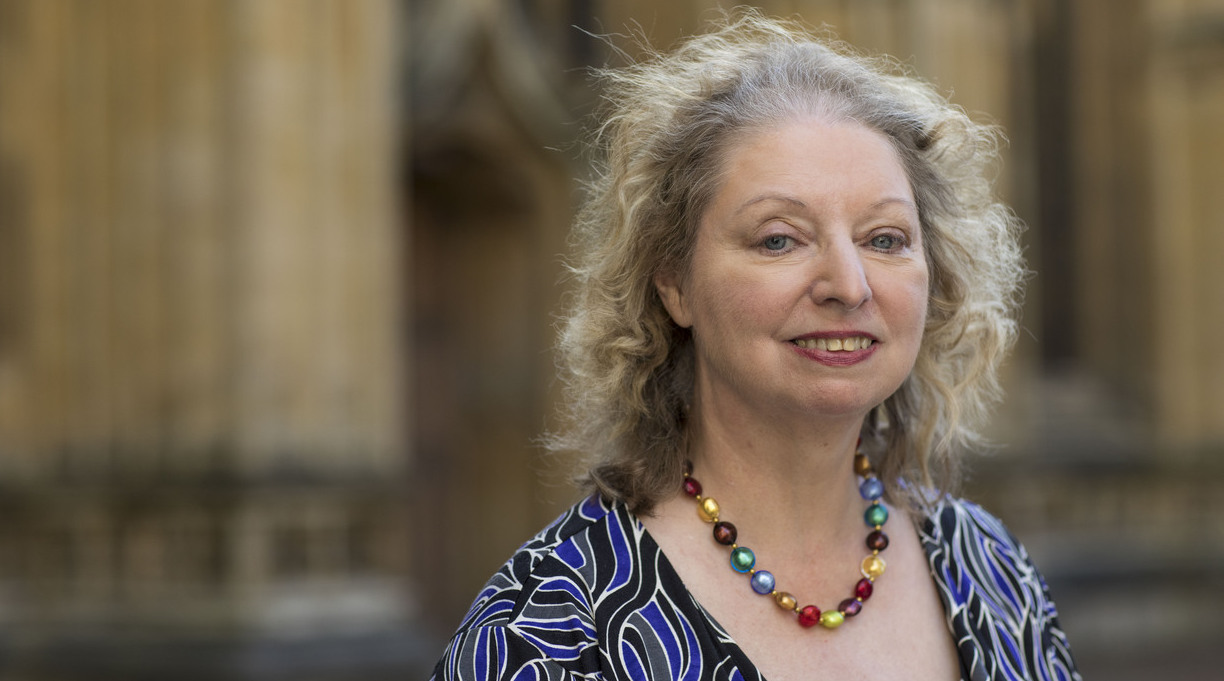 How is it possible that only 13 years have passed since the publication of Wolf Hall? It’s hard to remember a time before Hilary Mantel won two Booker Prizes and cemented her place as the leading British novelist of our time. Together with its sequels, Bring Up the Bodies (2012) and The Mirror & the Light (2020), Mantel’s novel about Thomas Cromwell created a world that felt both wholly accurate and fantastical, changing the way people think about the historical figure at its center while speaking directly to 21st century concerns about morality and power.

The one time I met Mantel in person was at a performance of Wolf Hall, the play,on Broadway in 2015. I knew that she was going to be there that day, and I brought a copy of the book so I could ask her to sign it. I was hesitant to intrude but did approach her at intermission—and once the rest of the audience saw her talking to me, the floodgates opened and a line grew of people wanting to meet her. She never stopped smiling. We spoke again last spring, over Zoom, when I interviewed her about a book of short stories called Learning To Talk. I asked her about that line of fans and the smile on her face, and she said that, indeed, she was “buoyant” at the time. She enjoyed working closely with the people on the production—“we were quite a happy ship,” she said, “and to sit in the audience and pick up on the audience reaction—that was all great.”

I couldn’t help thinking that Mantel was also enjoying her fame, which was long overdue. As groundbreaking as the Cromwell trilogy is, it was hardly her first masterpiece. I like to recommend Giving Up the Ghost (2003), a memoir about her childhood in Northern England, when she lived for a time with her mother, her father, and her mother’s boyfriend, Jack. It’s Jack, later her stepfather, who gives the book its title: When, as an adult, she and her husband sell their weekend home, she feels like she’s losing Jack’s ghost—that house was the last place she saw him alive, and “many times since then I have acknowledged him on the stairs,” she writes.

Ghosts appear in many of her novels, particularly Beyond Black (2005), about a psychic who gives consultations and performs onstage in seedy theaters and, unlike most fictional psychics, is not a fraud—she actually does communicate with spirits. I love this line from our starred review: “The mark of a great novelist may be the ability to take you where you truly don’t want to go. If so, Mantel is the real goods.” I wrote something similar in my review of the book for Newsday: “I often find that my most memorable reading experiences come when I pick up a book that doesn’t seem to be my cup of tea and get hooked by the sheer power of the author’s talent.” A book about a psychic in an English sideshow? More than 1,700 pages on the court of King Henry VIII? A short story fantasizing about “The Assassination of Margaret Thatcher” (from the collection of the same name)? Mantel could do it all, and it’s tragic that her career has been cut off in its absolute prime.

Mantel told me that she was getting ready to move to Ireland this fall; her family’s roots were there, though she had never lived there herself. “I promise you, it’s time somebody went back and not just sent their ashes back, which has been something that’s happened in the family,” she said. Though she didn’t have time to make the move, I have no doubt that Mantel’s ghost will be there.