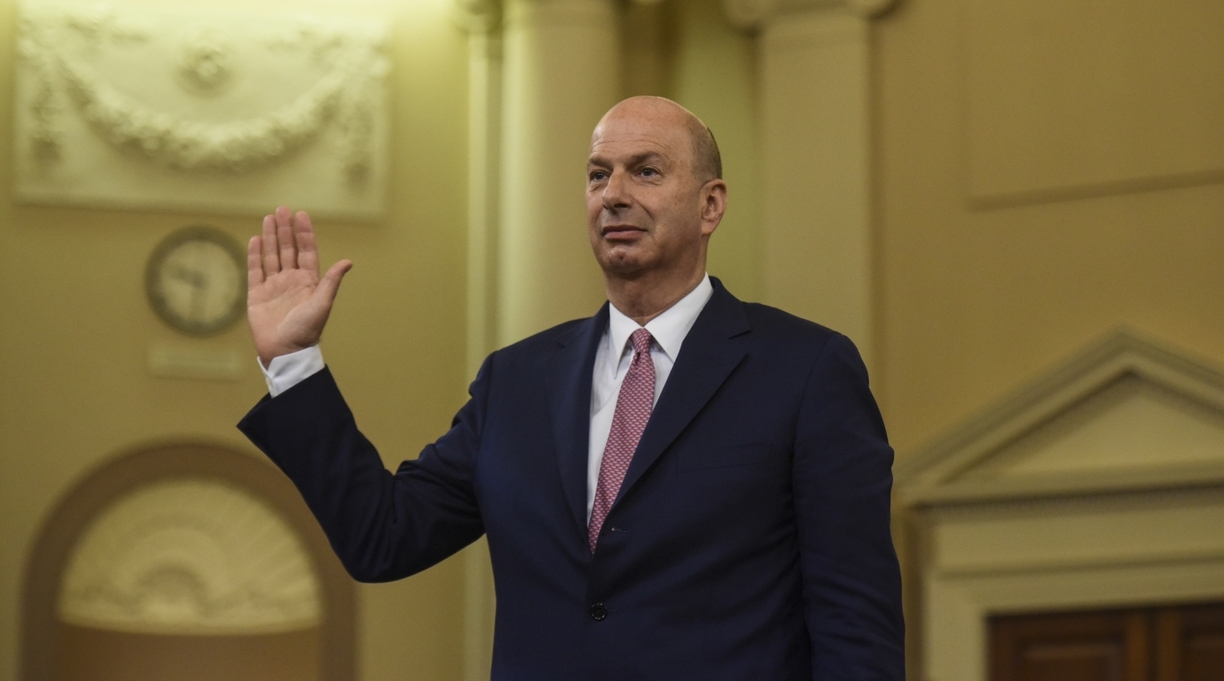 The latest tell-all memoir about the Trump administration is coming from former Ambassador to the European Union Gordon Sondland, according to Page Six.

The website reports that Sondland, who was fired by former President Donald Trump after testifying at Trump’s first impeachment inquiry, is working on a book, likely about his role in the Ukraine scandal that threatened to derail the ex-president’s administration.

Sondland reportedly met with literary agent Alan Nevins at a Beverly Hills hotel where the two discussed the ex-ambassador’s book.

Sondland was a multimillionaire hotel magnate before being appointed as U.S. Ambassador to the EU in 2018. In 2019, he testified against Trump at his first impeachment inquiry, claiming that the president had pressured Sondland and two others to urge Ukraine to investigate an energy company with ties to Joe Biden’s son, Hunter, in exchange for military aid to the country.

“Was there a quid pro quo?” Sondland asked in his testimony. “As I testified previously, with regard to the requested White House call and White House meeting, the answer is yes.”

Trump fired Sondland in 2020, days after the then-president was acquitted by the Senate.

Sondland’s book, should it materialize, would be the latest in a series of tell-all memoirs about the Trump administration, including former FBI director James Comey’s A Higher Loyalty and ex–National Security Advisor John Bolton’s The Room Where It Happened.