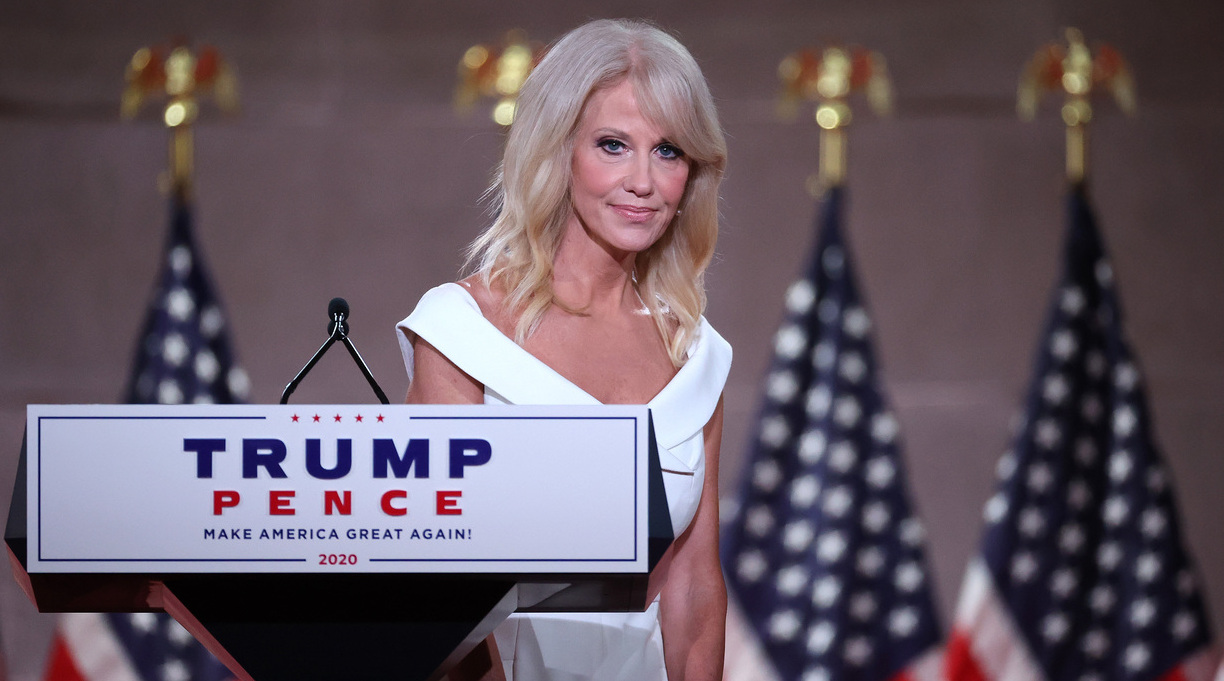 Simon and Schuster plans to publish a book by former Trump counselor Kellyanne Conway, according to a report in the New York Times. The move seems certain to draw even more ire from critics of the former president.

An unnamed source told the newspaper that Conway’s book, a memoir, will be published by Threshold Editions, the Simon and Schuster imprint whose roster has included conservative authors like Glenn Beck, Rush Limbaugh, Ben Shapiro, and former President Donald Trump himself.

The decision to publish a book by Conway, who as a counselor to Trump was widely criticized for making false statements to the press, comes after the publisher has drawn fire for signing a two-book deal with former Vice President Mike Pence.

Employees of the publisher protested the book deal in a petition, writing that Pence “made a career out of discriminating against marginalized groups and denying resources to BIPOC and LGBTQA+ communities” as governor of Indiana.

Simon and Schuster CEO Jonathan Karp defended the publisher’s deal with Pence, writing in a letter to employees, “[W]e come to work each day to publish, not cancel, which is the most extreme decision a publisher can make, and one that runs counter to the very core of our mission to publish a diversity of voices and perspectives.”

There’s no title or release date for Conway’s reported memoir as of yet. It would be her second book, following What Women Really Want, co-authored with Celinda Lake and Catherine Whitney. That book was published in 2005 by Free Press, at the time an imprint of Simon and Schuster.