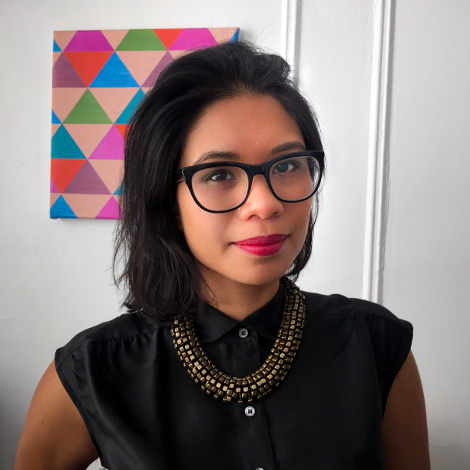 A young woman is denied her birthright. A refugee finds himself the scapegoat. A TV star takes over the government. Rhoda Belleza’s space opera The Empress of a Thousand Skies may take place in a world far from our own, but it feels undeniably familiar. Rhee is on the way to take her rightful place as empress when an assassination attempt sends her into hiding, where she plots revenge. Meanwhile, Aly, a reality TV star and refugee, is blamed for Rhee’s presumed death and goes on the run in order to prove his innocence. As old battle lines are redrawn and the galaxy tumbles toward war, both characters struggle to control their own destinies and prevent a massive catastrophe.

Belleza insists that her novel’s similarities to the present aren’t prophetic or even intentional. Instead, she sees them as echoes of the same oppressive systems we create again and again. “Can you call me ‘timely’ if I wrote something that has been going on since the signing of the Declaration of Independence?” she says. Syria is not the first refugee crisis; Trump is not the first entertainer to be president.

Though Belleza was partially inspired by current events, she also drew on a huge range of other influences, including the comic Saga, W.E.B. Dubois’ theory of false consciousness, Star Wars,and her own experiences growing up around refugees from Southeast Asia. “I wanted to address my understanding of history and how I am worried that we will not learn as a society, we will not figure out how to stop this oppression, and what that might look like, even when we get richer, even when we migrate to different planets and different solar systems,” she says.

Of course, as DuBois pointed out, the key to oppression is controlling the narrative, and that’s where Belleza’s most unsettling (and intriguing) invention comes in: a cube that records all of your memories so they can be played back or shared at will. Despite the obvious perks of such a technology—perfect recall, the ability to bury traumatic memories—profoundly disturbing implications arise as well. What if you could hack someone’s cube? “That is my relationship with technology,” Belleza says. “I recognize all of the things it will do for me and how it will benefit me, but then I worry that I’m losing a piece of myself.”

Conflicted though she is, Belleza is still drawn to the potential of the cube, especially its ability to pass memories between generations. Her mother and

grandmother grew up in the Philippines, and after they passed away, she realized how little she knew about that part of their lives. “It’s not like I think I lived through them,” she says, “but I feel like those experiences in one way or another shaped the generations after.” As foreign as that life was to her own, it still feels like part of her—one that she can no longer access.

Despite grappling with such heady ideas, The Empress of a Thousand Skies is explicitly geared toward teen audiences. The YA genre was less of a natural fit than sci-fi for Belleza, who grew up reading Octavia Butler and Ursula K. LeGuin. In fact, she never had much interest in YA until she started leading a writing workshop for homeless youth. She found it incredibly difficult to find books, especially fantasy and sci-fi, that spoke to these kids’ experiences. Now, as a writer (and editor at Imprint, a division of the Macmillan Children's Publishing Group), she sees a chance to correct that imbalance. “Kids of color should think that they have magic in them too,” she says.