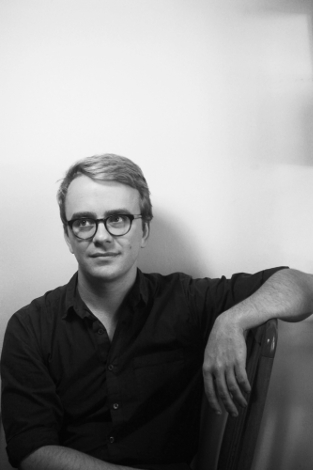 You may remember the day care trials of the 1980s in which hundreds of child care workers in states like California, Texas, Florida were charged with molesting their young wards, often in satanic rituals. Or, even if you were a news-reading adult at the time, you may not remember them at all. This is because as, Richard Beck details in We Believe the Children: A Moral Panic in the 1980s, the child-abuse scare that was front-page news for a substantial part of the ‘80s—involving sensational investigations like the one into an alleged sex ring at the McMartin preschool in Los Angeles—vanished suddenly in the media and public imagination toward the end of the decade.

“These cases were forgotten because the issues that brought them into being—especially conflicts surrounding the transformation of family life—remain very much unresolved,” writes Beck in the introduction to We Believe the Children. Born during the period in which his historical subject unfolded, Beck had no idea that these trials even existed. He stumbled on them while studying the legacy of second-wave feminism as a researcher at N+1 and decided quickly to dive further into the mystery of their capricious existence for a book.

Figuring out how to write the story was more challenging. How to detail what has become a repressed memory in our collective consciousness? Beck first approached the research of his subject as a journalist—both interviewing people involved in the trials and digging up archival material from local papers and court transcripts. But when he interviewed people with 20 to 25 years of distance from the trials in which they were involved, his subjects tended to not express the same level of fear that Beck suspected characterized the craze. “Recollections have become hazy, people have sanded down their emotions a little bit, and you get very reasonable sounding takes on everything from everybody,”Beck explains. This from people who once believed children’s testimonies of satanic sex rings where they were forced to eat the intestines of squirrels, or of horrible physical violence, like someone drilling holes into their sides, even though no physical evidence could be found to support any of their claims. “Although a very small number of children seemed to relish the opportunity to tell awful scary stories about people they knew, the adult accusers were the ones who fantasized Kern County’s sex rings into being,” writes Beck in an early section on what he calls the “social hysteria” of the time.

Beck realized that his archival material, with its strange court testimonies and colorful local newspaper coverage, provided much more texture than his interviews. The result of his extensive archival research is a largely historical account. His distanced narrative methodically delineates the different phases of the McMartin trial—from the organization created to interview the preschoolers, to the prosecutor’s initial zeal for justice for child victims, to the long and at times comic trial that had some jurors falling asleep in their chairs. Beck puts these events in conversation with histories of the development of multiple personality disorder and the psychology of sexual trauma, the rise of prosecutors as a political class, and the effects of a conservative backlash against the breakdown of a patriarchal family structure.

Though in We Believe the Children, Beck confronts his material from the position of a detached historian, he says that one of the book’s biggest influences was the feminist writer and rock critic Ellen Willis. In essays like “The Family: Love It or Leave It” and “Radical Feminism and Feminist Radicalism,” Willis’ writing style bridged her personal experiences as a woman, a feminist activist, a critical thinker, and her political views as she tries to find a footing in the ideologically shifting landscapes of the ‘70s and ‘80s. Beck looks to her for

“how to write politically,” but also for her ideas on the ‘80s reaction to the radical feminism of the late ‘60s. Willis’ ideas about the costs of maintaining the patriarchal nuclear family inform much of Beck’s analysis that the cultural anxiety, manifested in the child abuse crisis, was a reaction to the liberating promises of a widespread restructuring of family life. Parsing the relationship of the child care craze to the extra-vigilant style of parenting that has become today’s cultural norm, he writes: “There is a direct link between child abuse hysteria and antifeminism, and the fact that such punitive measures, when criticized, are invariably described as ‘well-intentioned’only makes them harder to roll back.”

For Beck, viewing the trials through the lens of the history of radical feminism is not only integral to understanding the phenomenon, it’s also why we should care about exploring it again more than 25 years later. Beck points to a 2014 case in Scottsdale, Arizona where a woman was arrested for leaving her child unattended in a car while she went to a job interview. “That idea that the world outside the home and nuclear family is so dangerous that we should arrest and jail parents who fail to monitor their children at all times,” he says, “comes I think directly out of the ‘80s, directly out of these trials, and directly out of these political arguments about the state of the nuclear family.”