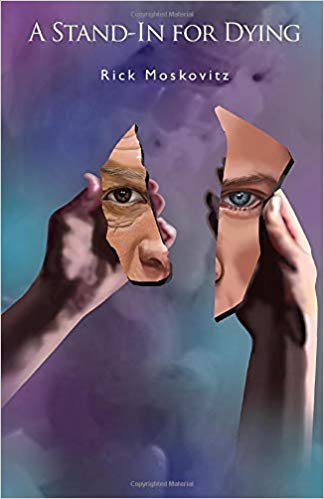 Rick Moskovitz’s SF novel, A Stand-In for Dying: Brink of Life Trilogy, examines the existential question of whether people should strive for immortality, and, if so, what the cost to society would be. “My work explores the psychological consequences of living in a world of expanding possibilities,” he says, which include the drive to postpone or avoid death. “But death is a necessary part of living.”

Moskovitz is a retired, Harvard-educated psychiatrist who lives in Longboat Key, Florida. He says A Stand-In for Dying is a story he’s been kicking around and fine-tuning for several years. After nearly four decades of listening to patients tell their stories, he decided he wanted to tell ones of his own.

A Stand-In for Dying is the first book in Moskovitz’s three-part, 2019 Brink of Life trilogy. Book 2 is titled Brink of Life; Book 3 is The Creators. “I’ve characterized my writing as ‘hard science fiction,’ ” says Moskovitz. “My undergraduate degrees are in chemistry and physics. While my career veered in another direction…I’ve [always] tried to keep up with the cutting edge of scientific discovery.”

In A Stand-In for Dying, which Kirkus Reviews calls “an imaginative and soundly executed SF morality tale,” Moskovitz draws on his background to explore how and why his characters deal with the hefty moral dilemmas he sets up for them. Set in a near-future society where the option to arrest the aging process is available only to a wealthy few, the first book in Moskovitz’s trilogy introduces us to a man who literally sells his body for short-term financial security.

The story’s two protagonists are Marcus, a young man in prime physical condition but with few prospects and even fewer resources, and Ray, a well-to-do, older man afflicted by health issues. Ray has been shunned by society for conducting a well-intentioned biological experiment that went badly awry and resulted in near catastrophe for the Earth’s environment.

In exchange for vast knowledge and riches, Marcus signs a deal with a shadowy organization to sell his body, which will be occupied by Ray’s mind when Ray’s body dies. Of course, nothing is as it seems, and Marcus begins to regret his decision when he meets his future wife (whom he can never tell about the arrangement). Marcus also undergoes a procedure that stops him from aging, so that when Ray gets his body, it’s in prime condition.

And as with any good SF tale, the technology never quite works as intended; the two men are accidentally “switched” ahead of schedule—more than once—with Ray in Marcus’ body and vice versa. In one scene midway through A Stand-in for Dying, we see just how disorienting it is for Marcus when his consciousness is shoved into Ray’s body:

He fought back panic as the possibilities began running through his mind. The last thing he remembered before this nightmare began was the rise of applause at the end of his speech in front of the Capitol steps. Corinne had been walking toward him to join him on the dais and in the next instant he was plunging from a height in an antiquated car within an aging body. He’d been in lots of tight spots before, some worse than this one, and had always managed to prevail, but something unfathomable was now occurring that reeked of doom.

Moskovitz says the theme of staving off death has become a kind of obsession in contemporary society, judging by the number of people in Silicon Valley who are trying to “hack” aging by using extreme dieting or sleep methods and, of course, technology. “As technology increasingly dominates our lives, particularly with the advent of social networks as well as of the many gadgets upon which we are becoming dependent…our relationship with the natural world is being eroded,” Moskovitz says. “Even our food has morphed into forms that are becoming increasingly unrecognizable.”

A Stand-In for Dying also homes in on a secondary theme of discrimination, in this case against the artificial intelligence, humanoid robots who serve as helpers to the humans. Not everyone in the future society likes the artificial beings, and one hate group in the book is focused on eradicating the “Sentient Processing Units” or SPUDs.

“One of the most toxic attitudes in our society is the ‘othering’ of social groups. This has been the basis of human conflict throughout history and is the foundation upon which all genocide is built,” Moskovitz says. “It made sense that as [robots] become increasingly humanoid, perhaps developing consciousness and identity, they would be seen as a threat, defined as ‘other,’ and targeted for discrimination and abuse.”

Moskovitz says he takes inspiration from other SF writers like Orson Scott Card and Ray Bradbury. But the idea for A Stand-In for Dying can be traced back to his interest in the work of Ray Kurtzweil, SF author and futurist. “He suggested that one mechanism for achieving immortality would be to upload mental content to the cloud,” Moskovitz says. The first thing that popped into his head when he heard that idea was, “Yeah, what could possibly go wrong? Which is the kind of question that generates so much of science fiction.”

Moskovitz’s take on that question, which is the foundation for the first book in his three-part series, is that there are numerous unforeseen problems with the quest for immortality. Living forever, he says, “is unlikely to be all that people would imagine it to be.”

Kim Lyons is a Western Pennsylvania–based writer and editor with a soft spot for a great story.