Rolling on the River With Rinker Buck 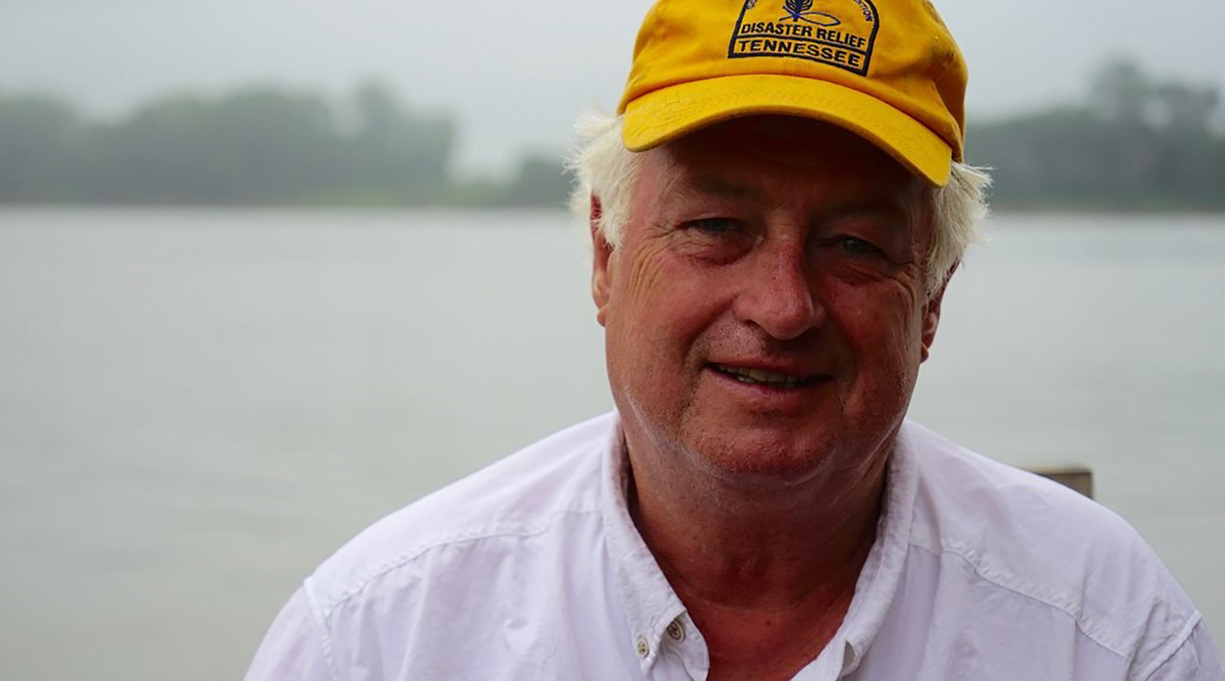 Rinker Buck enjoys challenging himself. Though he spent years as a journalist for a variety of publications, from the Berkshire Eagle to Life, Buck is, above all, an adventurer. In two previous books, he recounted a coast-to-coast journey with his brother via tiny prop plane (Flight of Passage) and an extremely demanding trek from Missouri to Oregon in a 19th-century covered wagon pulled by three mules (The Oregon Trail).

In his latest book, Life on the Mississippi: An Epic American Adventure (Avid Reader Press, Aug. 9), the author chronicles his voyage down the Mississippi River to New Orleans aboard Patience, a 19th-century-style flatboat he built with the help of friends and an eccentric boat-builder. As our starred review notes, “Besides being a willing and intrepid traveler, Buck is also an able interpreter of history, and it’s clear that he’s devoured a library of Mississippiana. It all makes for an entertaining journey in the manner of William Least Heat-Moon, John McPhee, and other traveler-explainers. For armchair-travel aficionados and frontier-history buffs, it doesn’t get much better.” I spoke with the author via Zoom from his home outside of Lawrenceburg, Tennessee. The conversation has been edited for length and clarity.

This book is a natural follow-up to The Oregon Trail. Can you discuss your motivation for taking this next adventure?

There were a number of motivations. I’m interested in the idea that we don't always receive the true history from our teachers, our university professors, and even the writers of important popular books. Take Andrew Jackson: How could he be depicted as the man who revolutionized American politics by steering things toward the common man? He signed the Indian Removal Act of 1830, and he spent the last 10 years of his career engaging in Indian slaughter. Another motivation was that we never learned about the flatboat era in school, and it was significant. The frontier is an important idea in American culture, and while the depiction of pioneers crossing the dusty plains in wagons is fine, it’s incomplete. We were a river culture first. The frontier culture wasn’t just everybody going out on the Oregon and California trails.

I think you could write a very good book about the flatboat era, and I covered a lot of that in the historical sections of the book. I’ve always put history into my books, and the adventure itself creates a narrative spine. The process of getting there delivers you to unexpected places. There’s something about actually inhabiting a place in a way that people did in a different era that connects you to history. As I said, I could write an interesting book about the importance of the flatboat era, but maybe 20,000 or 30,000 people would read it, and it’s not as compelling as an adventure. It’s also just a part of who I am: I’ve always expanded the boundaries of normal experiences.

How did this journey compare to your overland trip in the previous book?

The Oregon Trail journey was a little bit more arduous, physically. It’s hard without refreshing river breezes, and it was almost an hour's worth of work every day putting the wagon back together and harnessing the mules and all that. The Mississippi River trip was more mentally and emotionally challenging because I never considered myself a boat guy, and I had to learn a lot on the job. I guess the other way to describe it is: On the Oregon Trail trip I lost 30 pounds. On the Mississippi trip, I probably gained 10 pounds, because you’re basically just sitting there. That’s not to say there weren’t challenging times—in one incident, of course, I broke my ribs—but in general, you’re sitting on a boat and cruising down a waterway.

Was it difficult to adjust to so-called “normal life” after spending so many months “enraptured by the rhythms of river life,” as you put it?

It was, but I think I’m happiest when I’m not living a practical life. I’m happy when I’m challenged. So many people told me that I couldn’t do it, that I was going to die—even my brothers were telling me. But I have a desire to escape the bounds of conventionality and social acceptance—to see what’s really out there, to find out what I’m really capable of. It was all an education. You teach yourself that the extremes of human experience you need for a trip like this are actually things that are already within you. You just have to be willing to learn and develop yourself. A lot of people comment on the bravery and adventure, but in the end, it was really about modesty and humility.

And patience, right? The name you chose for your boat turned out to be perfect.

A lot of patience. I had a lot to learn about leadership, and I made some mistakes about who I brought along with me, including one guy I should have shut down much earlier. Basically, though, I had the luck to accumulate some pretty good people, and I just let them be good. Let them use their skills and learn, if you can. You don’t have to be a micromanager in every situation. My friend Danny was obviously indispensable to the trip, very smart and useful in so many situations, but 30% of the time he was a pain in the butt. I like writing candidly about those kinds of things because it’s what real life is like for people. It sounds contradictory to say that your best friend is also your biggest pain in the ass, but I don’t think so.

Do you have a favorite or least favorite part of the river?

The most spectacular parts of the Mississippi are the stretches where you come around a bend and see no development for a hundred miles. It’s gorgeous because a lot of it is not developed right along the river. After the 1927 flood, people didn’t want to be that close to the river. Also: looking out and seeing 600,000 American white pelicans—a unique species, one of the biggest birds in the country, and totally different from the brown pelican.

Most of it is beautiful, but you also see a lot of environmental degradation, like abandoned factories and submerged barges, sandpits and gravel beds along the shore—a lot of remnants of industry. The compass would spin crazily around if you got close to shore because there were so many old transformers and engines and everything dumped in there. So that was disappointing, but in the main, it’s the spectacular beauty along the river that you remember most.