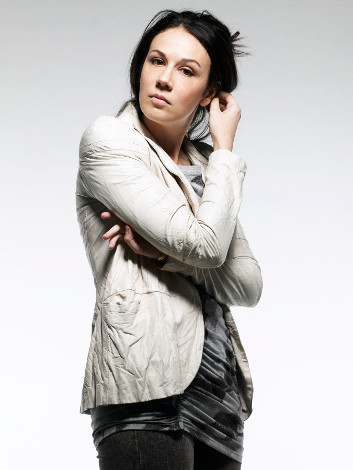 Rivka Galchen’s fiction traffics in heady questions about the mutability of identity and the failures of love; her prose can be obfuscating and cerebral. In a book review of D.T. Max’s biography of David Foster Wallace, she described Wallace’s writing as having a “thinkiness” to it, a word that describes her fiction. Reading her can sometimes feel like being subjected to a brainteaser. The text on the back cover of her new story collection, American Innovations, practically brags about the big-name writers her stories reference: Nikolai Gogol, James Thurber, Jorge Luis Borges. After reading a book by Galchen, what keeps me from throwing it across the room, waiting in rapture for the pleasing effect of the thud it makes as it crumples against the wall?

Book critics like to concentrate on the intellectual aspects of Galchen’s work, her “inventive narrative strategies,” as the New York Times described the storytelling of her 2008 novel Atmospheric Disturbances in a review that ran on the cover of the Book Review. The Times, Slate, and Salon.com all named that book one of their notable or best books of the year. In 2010, Galchen was named to The New Yorker’s “20 Under 40” list (she is now 37). And who can blame reviewers for focusing on the intellectual quality of her writing? Galchen revels in the narrative games and techniques postmodern fiction encourages writers to employ. Critics like chasing down the byzantine divagations in her work to suss them out, to try to beat her at her own game. And Atmospheric Disturbances offered critics plenty of intellectual games to unravel. It’s about a man who is convinced that the woman who lives with him is not, in fact, his wife but an imposter, a “simulacrum” who looks very much like his real wife, and where the hell is she?

Even though the word “playful” routinely surfaces in reviews of Galchen’s books, what seems missing from most assessments of her writing is how very funny it is. To call a writer playful connotes an intellectual pleasure that recalls the writing of Pynchon, Borges and Kafka (all of whom Galchen would be honored to be compared to). There’s more than just playfulness at work in her fiction, though. She can be boldly silly. In tandem with her thinkiness is a disarming, childlike delight in being daffy, so that there’s emotion and life to her intellectual rigor and substantive heft to her humor; that is what keeps me from throwing her books across the room.

The title story in her new collection is told by a woman who wakes up one morning and washes her face in her usual cursory manner, “only enough to rest reasonably assured that nothing too grotesque has overnight arrived on or departed from my face.” On the morning in question, nothing has arrived or departed from her face, but there is a “substantial lump” on the right side of her lower back, “maybe a B cup in size.” She wonders if the lump is trying to hide from her. It might want to “discreetly maintain an unacknowledged child.”

Of all the writers Galchen has referenced in her fiction (and there are many—Roberto Bolaño, Pynchon, Carlos Monsiváis, to name a few), Gogol seems like the spirit most kindred to hers. “The Nose,” the story Galchen references in “American Innovations,” was written sometime in the 1830s and is about “an extraordinarily strange incident,” as the narrator puts it. Ivan Yakovlevich, a barber, cuts into a loaf of bread one morning to find in the middle of the loaf the nose (“and, what’s more, it seemed like a familiar one”) of Maj. Kovalev, one of his customers.

As in “The Nose,” there are gradations of humor in “American Innovations.” Galchen is a sharp satirist who mentions, in this story, “the celebrity underwear designer Lorna Drew” and, in the next paragraph, “a plastic surgeon in Los Angeles who combined belly button removal with breast addition in a package deal.” There’s outright silly: “There had once been a TV show in which a gnu named Gary Gnu reported the gnews,” the character with the newly arrived mass on her back tells us. The same character declares that “I’m not one of these people who are disheartened that the universe is expanding,” an acknowledgment that seems to come out of nowhere until you realize at the end of the story that by that odd, sly confession, Galchen is letting you know that the woman with the sudden growth on her back is going to be OK.

Galchen took an unusual route to become one of today’s leading literary talents: She grew up in Norman, Okla., after her parents moved there when she was a child, she attended Princeton and then went to medical school at Mt. Sinai in Manhattan. Galchen says that she used to apologize to patients before she conducted an exam on them. She grew so frightened of placing an IV line in people’s veins that one day in her third year of medical school, after a patient entered the emergency room and needed an IV, she chanted the stages of how to place an IV line to herself. She got the needle in but forgot to release the tourniquet. “So then as I pull the needle out, blood is just pulsing everywhere,” she recalls. The patient said to her, “Are you okay?”

Perhaps it is a blessing that the infirm of Manhattan, where she lives, will never encounter a Dr. Rivka Galchen. She says that it is because she has always been “obedient and dutiful” that she applied to Columbia University’s creative writing program while she was still in her final year at Mt. Sinai and entered the program without taking any time off after finishing med school.

It was at Columbia that Galchen met Karen Russell, which means that in one classroom, what would become the female vanguard of thoughtfully weird, fantastical, arresting American fiction met and became close friends. Russell, the author of Swamplandia! and, more recently, Sleep Donation, says that  Galchen had a “pharmaceutical way” of packaging feedback to her classmates in writing workshop “in a capsule of kindness that made it go down well.” Russell says that Galchen was considered “the best-read person I know. I was always like, ‘This reminds me of Betty & Veronica’ and she would say, ‘This is like what Walter Benjamin said about butterflies.’ ”

Russell and Galchen met novelist David Gordon at Columbia; Galchen considers Gordon, who’s published two novels and will have a story collection out this fall, her best friend. They read one another’s manuscripts. Galchen’s writing “comes to me totally confident, but like most writers, she is not confident,” Gordon says. “You have to try to be fearless when you’re writing, and yet I think that only makes the human being more uncertain.”

Gordon is right: Galchen’s style is assured and confident in its singularity. Yes, it’s cerebral, but it is also open, emotional and genuinely funny. It’s postmodern but with a heart. “I feel like very often getting increasingly better technically also means sanding down what made you unusual,” Gordon says about Galchen’s voice. “It’s rare to get more mature and at the same time more yourself.”