A Magical Journey of Self-Discovery 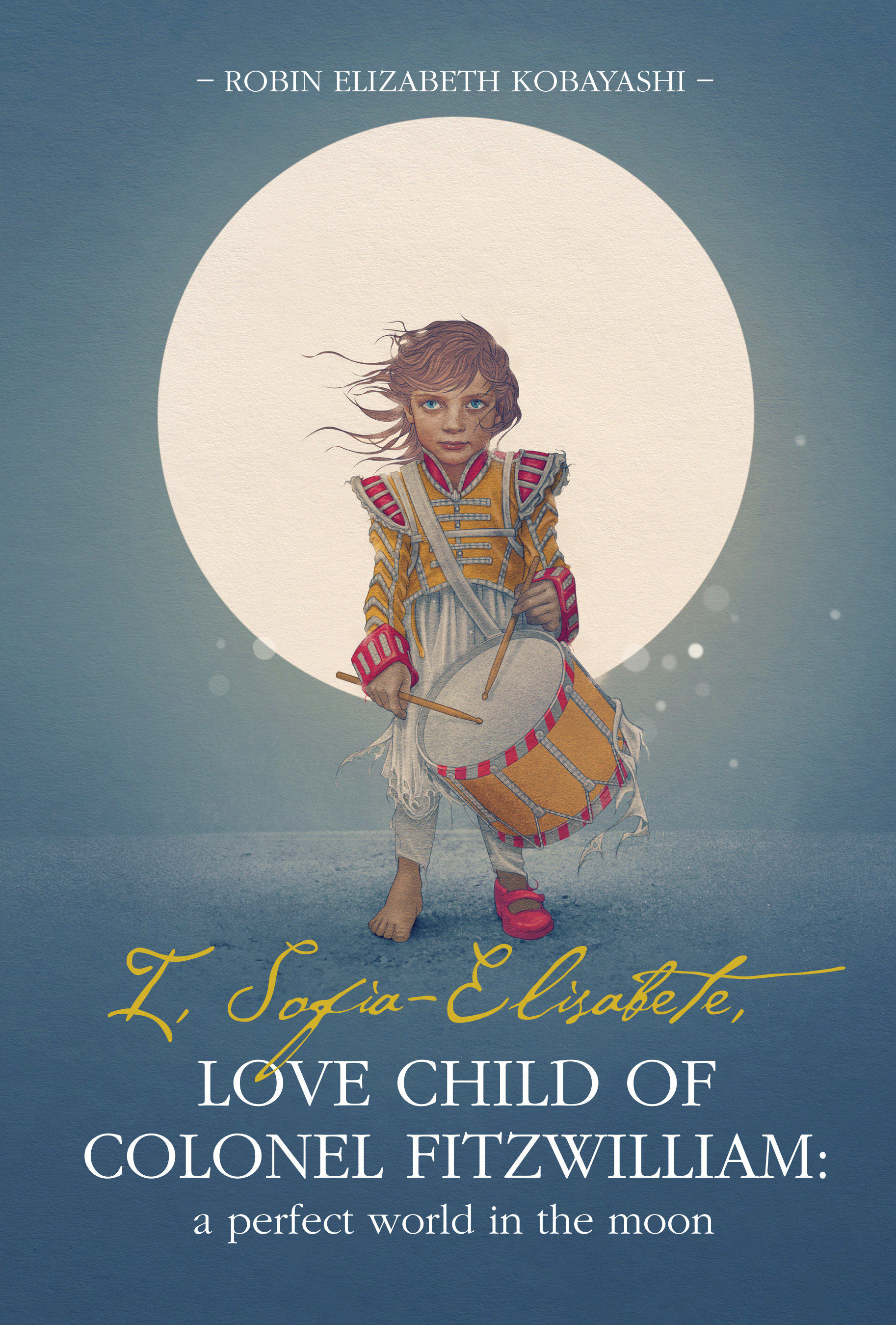 Four years ago, Robin Kobayashi, a senior legal writer for a publisher in California, decided she wanted to write a book that was “both funny and sad.” She did her groundwork, reading the travel journals of those who voyaged across Europe in the early 19th century. From that came I, Sofia-Elisabete, Love Child of Colonel Fitzwilliam: A Perfect World in the Moon, which Kirkus Reviews named one of the best books of 2019.

A historical novel written for audiences of all ages, I, Sofia-Elisabete features elements of magical realism and is told through the lens of a 5-year-old girl. The book’s narrator, Sofia-Elisabete, is the offspring of Col. Fitzwilliam from Jane Austen’s Pride and Prejudice and a woman he meets while away at war in Lisbon. Kobayashi has Sofia tell readers from the onset that she “has excellent recall and a prodigious mind—as [my father] is wont to tell me,” thereby encouraging trust in her account of events.

Although born to a rich father, Sofia spends the first few years of her life as an orphan; her mother abandoned her at a convent without informing the colonel. Father and daughter eventually find their ways back to each other and form a lasting bond. That bond serves as the impetus for Sofia’s journey, as she is determined to find a cure for the colonel’s melancholia.

Along with Austen’s classic, readers will also note a connection to another seminal tale—Francis Godwin’s The Man in the Moon. Kobayashi reminisces, “It must have been serendipity when I happened upon Godwin’s story,” which takes its main character, among other places, to the moon, described as a paradise where happiness reigns. “Like Domingo Gonsales in [Godwin’s] story, [Sofia] sets off on a big adventure and then becomes homesick,” says Kobayashi.

Sofia embodies the two worlds she inherits from her parents. “In the novel, [she] speaks and thinks in two languages. It seems normal to her to do that,” remarks Kobayashi. The cultural differences sometimes find Sofia in trouble, especially when in posh society. A tomboy who rebels against gendered cultural norms, she tries the patience of both parents (her mother also returns to her life). Still, Sofia usually finds a way to break the rules. Kobayashi reasons, “As a child, she can get away with certain things that won’t be acceptable when she gets older. I wanted her to enjoy her childhood.”

“Once a foundling, always a foundling,” Sofia says. Being formerly destitute affects how Sofia experiences the world. Her compassion and empathy lead her to make sacrifices to help those she cares about, even driving her to seek a bargain so that a young girl she had befriended may escape a life of poverty:

My first near tragedy…’twas when I nearly despaired of saving a friend from a life of poverty. And now that I think on it, I could persuade Doña Marisa to agree with me, at least on that point. In the stories Doña Marisa told me about her family, she, too, once suffered from poverty, and even though she somehow escaped a life of misery, she never forgot the desperation that comes from being poor. Doña Marisa, it turns out, possessed a compassionate heart, but only when she chose to lay claim to it. And so it is for us all.

Sofia is imperfect, exhibiting by turns kindness and selfishness and confidence and uncertainty, in ways that drive home that she is, indeed, a child. Her confusion about some adult behaviors, naiveté, fearlessness, and steadfast belief in magic add layers to her character. Though she faces hardship early, Sofia maintains a childlike essence and resilience, and she looks for the positive, humorous aspects of situations. Kirkus Reviews describes Sofia as “a sparkling, robust young hero with a distinctive voice—a real winner.”

Kobayashi, who lives in the San Fernando Valley, has written two other works, Freedom Mirth: Or, A Pride and Prejudice Serio-Comic Journey (2017) and Twelfth-Night Cake the Rosings Ghost: A Sofia-Elisabete, Love Child of Colonel Fitzwilliam, Tale (2018). Twelfth-Night was a finalist in the Wishing Shelf Book Awards. Kobayashi’s work as a legal writer set the stage for the research she would need to do for I, Sofia-Elisabete. And that use of detail pays off, from her descriptions of the diverse characters Sofia and her companions encounter to the landscapes and cultures of the places they travel to. All of which is in service to her protagonist. Regarding her process, Kobayashi recalls, “While researching each country, I tried to find things that would interest or bore a 5-year-old.”

When asked if she is concerned that having such a young narrator will deter older readers, Kobayashi notes the risk but adds, “Still, there is crossover fiction with child narrators that have been successful, such as Paper Moon and Paddy Clarke Ha Ha Ha, both of which I loved.” She hopes that in reading I, Sofia-Elisabete readers will “undergo their own personal journey[s] with this child as she discovers certain truths about herself and others and [be inspired by] how she uses her intelligence and imagination to survive.”

Nastassian Brandon is a writer, reviewer, videographer, and storyteller with Jamaican roots and branches stretching outside the Caribbean.