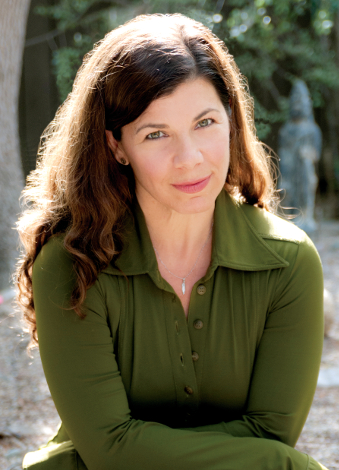 Would you take on a project you believed had a 70 to 80 percent chance of destroying your marriage?

Now reverse that. Would you take on a project you believed had a 20 to 30 percent chance of saving your marriage, if you thought that project was the marriage’s only hope?

That’s exactly what author and journalist Robin Rinaldi thought and did when she notified her husband of 18 years that they were going to have an open marriage, i.e. The Wild Oats Project: One Woman’s Midlife Quest for Passion at Any Cost. On weekdays, Rinaldi would live in a separate apartment and have sex with other people. On weekends, she’d live at home with her husband, Scott, and be monogamous.

Scott reluctantly agreed. In fact, Rinaldi admits the only way her husband could have stopped her from the project was if she’d come home from work to find their San Francisco house packed and Scott ordering her into the car to move back east, near her Scranton, Pennsylvania, family. But that wasn’t going to happen, she says. (And if it had, she probably would’ve just moved out.)

Instead, what happened was a year that included Craigslist casual encounters, Nerve.com personal ads, and three months of living at the San Francisco sex commune OneTaste, where days often began with orgasmic meditation and occasionally ended with threesomes.

What provoked the then 44-year-old, lifestyle magazine editor to embark on such a risky endeavor?

Rinaldi, who didn’t want children when she got married, later desperately wanted a child. “Parenthood woul d sculpt me into someone less selfish, Scott into someone less cold,” she writes. But as much as she wanted a child, Scott didn’t. So after a false positive pregnancy test, Scott got a vasectomy. Hurt and infuriated, Rinaldi informed him, “All bets are off.” She had a brief affair, then vowed to herself that she wouldn’t go to her “grave with no children and only four lovers. If I can’t have one, I must have the other.”

Thus Rinaldi began the Wild Oats project, which also included embracing her feminine and inner goddess, which means to surrender and be ravished by a man, she explains, as he provides the structure for their relationship, both in bed and away from bed, but with the woman always honored as a queen, whose every desires are fulfilled.

dn’t want to have everything they wish for and then also get to let go of control in the bedroom? But it’s kind of a fantasy, isn’t it?”

It’s what some people call a Godly marriage.

“The surrender I wanted was a very thin slice,” she notes. “Not only did I not want to surrender my own decisions and desires to anyone else, I wanted to make the decisions and have my partner completely support them. It’s a completely selfish outlook.” And she adds, “I thought it was really important for me to come out and say all this ‘feminine surrender’ I want was just kind of bullshit the minute you left the bedroom.”

And that’s why Rinaldi wrote The Wild Oats Project—to give voice and validation to “deep, often messy, sometimes hard-to-describe feelings” that she believes a lot of women feel.

Based on the acclaim the memoir has already received (including being named a PublishersLunch Buzz Books selection) and the feedback she says she’s gotten from early readers, she’s correct.

That doesn’t mean, though, that Rinaldi’s not nervous about the book’s publication and the public’s reaction. She is. After all, the book reveals her marital problems, details her sex life, and, in her toughest chapter to write, “The Brutal, Slippery Truth,” expresses difficult questions—“Like did I really want a baby? How badly did I want one? Why did I really do this?”

“But,” she says, “I think I came away from that chapter feeling good about the effort I put into questioning myself and also okay about the fact that in the end there are no hard and fast answers when you’re talking about love and desire...”

As she states in the last paragraph of the book, the paragraph that means the most to her, “I don’t regret going into the dark; I don’t regret my wildness. No matter what price I had to pay in guilt and heartbreak—and I wish I’d been the only one to pay—I stopped doubting my decisions early on.”

So did the Wild Oats project save Rinaldi’s marriage?

Let’s just say that she and Scott have a good relationship and are happily monogamous.

New York Times best-selling author Suzy Spencer is the author of Secret Sex Lives: A Year on the Fringes of American Sexuality, a memoir about her journalistic research into Americans’ alternative sex lives.