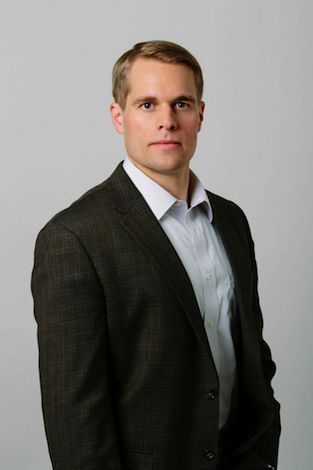 War. We are so familiar with its distant presence and the detached 24-hour news stream piped into our living rooms. But what of the eerie calm that exists in-between the fighting and the daily lives of the individuals overseas risking life and limb? Ross Ritchell’s debut novel The Knife provides the revealing vantage of an elite U.S. special operations unit in Afghanistan where we are allowed to experience soldiers’ daily movements in-between the brief bursts of violence.

Ritchell is a combat veteran of the 75th Ranger Regiment; from his experiences it was a natural progression to writing fiction. Writing The Knife allowed him to reflect on the war and the military, helping him shape his consciousness about their presence in his life.

“After being in a war you never forget it,” Ritchell says. “I wanted to figure out how I thought about the war and I just started writing and the narrative developed from there,” Ritchell says.

The Knife is war fiction that focuses less on the war aspect and more on the relationships of the individuals in a wartime setting. The novel is essentially a meditation on friendship and how that bond is heightened once a sense of keeping each other alive is thrown into the mix. The political theater that war is staged within goes out the window when lives are on the line, Ritchell explains.

Team leader Dutch Robert Shaw and his squadron of special operators are dealing with a day-to-day existence the best they can, thousands of miles from home, while also on call to execute swift deadly raids, intelligence gathering and rescue operations. Dalonna is dealing with an unborn child who might have Down syndrome. Hagan, the youngest of heart and mind, is a savage soldier but still trying to navigate the unmarked path of what it means to become a man.

The Knife is a buddy novel with the anxious hum of war in the background, which gives the uninitiated (the rest of us who have never been in modern armed conflict) a unique glimpse into a world that has been more or less active since we entered the Persian Gulf War in 1990. Our activity in the Middle East spans at least two generations of American men and women; The Knife echoes a distillation of hundreds of thousands of those stories.

“Any piece of war writing you can look at, it’s important,” Ritchell says. “It’s somebody that had these incredibly crazy experiences that hopefully nobody else will have to deal with. It just has to be paid attention to.” The author isn’t just making a claim for his work, but the subject itself. “War shouldn’t be just something you see in the paper and then you kind of nod at and go back to your cereal bowl,” he says.

The Knife asks tough questions and leaves us with little comfort that the good guys are winning. Ritchell examines something that very few of us probably ever think about with an intimacy that runs hot then cold through his sparse prose. Reading the book is a unique experience, akin to watching David Simon’s HBO series Generation Kill, but in a dream-like state where time only becomes relevant when Shaw’s men get that beeper alert propelling them into their next operation.

The Knife makes no heroic effort to glamorize war or censor its viscera, death. It is neither pro nor anti-war. It is a well-crafted vignette of one battalion's time, very pertinent and stark in its rendering that should give readers pause. The Knife reminds us of the longevity and gravity of our most recent and so far most invasive conflict: the war on terror.

“I’ve got a son and he could be fighting in a war," Ritchell says. “Man, these things never fucking stop. The Civil War was supposed to be a war that ended all wars in America and look how many we’ve had," Ritchell says.