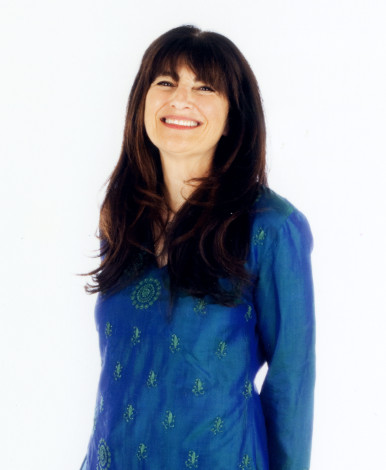 Of all the thrift store finds, Ruth Reichl’s may be most impressive: the inspiration for a novel.

It was a packet of WWII-era USDA pamphlets explaining the Women’s Land Army and Civilian Conservation Corps, information on how to plant a victory garden and recipes for stretching rationed ingredients that sparked her imagination. For Reichl, these artifacts conjured the wartime scene of a young Midwestern girl reaching out to culinary idol James Beard, the father of American cuisine. Their epistolary friendship becomes an education and comfort to Lulu Swan, a budding gourmet whose mother works in a factory while her father fights overseas.

“I just imagined their letters, and I went home and wrote them bang, bang, bang. Not one word was changed from the beginning of the book to the end. I knew I wanted to build story around those letters,” says Reichl, who certainly knows her way around a good story. She was a New York Times food critic and the editor-in-chief of Gourmet magazine, and readers devour her food-centered memoirs (Tender at the Bone, 1998; Garlic and Sapphires, 2005) at best-selling rates.

But Delicious!, the tale that sprouted from Lulu’s letters, is Reichl’s first fiction, and it took fresh skills to accomplish. “Memoir is the closest you get in non-fiction to writing fiction, but everything’s given: You know who the characters are. Your burden is just figuring out what part of the story you’re going to tell,” she says. “With fiction, I had to slow down, let the characters come to me, and let them be themselves, which often means that they do things that you didn’t anticipate, which means going back and reworking other parts. It’s a constant experience of discovery, which is exciting and fun but really difficult.”

Life’s no cherry bowl for protagonist Billie Breslin, who sets out from California with dreams of working at Delicious!, a famous food magazine operating out of a Manhattan mansion. Her mother died young, and she seems to be estranged from her adored sister after the dissolution of their baking business. One thing she’s got going is a preternatural power to identify the ingredients in almost any dish—a perfect pitch for taste—right down to the subtle citrus spice of curry leaf.

“That’s my total fantasy. People often ask, ‘If you could have any super power, what would it be?’ Well, in my business that would be great, but nobody could just taste anything and instantly identify it—at least, if there is, I have yet to meet them,” says Reichl.

Thanks in part to that super skill, Billie lands an entry-level job at Delicious! and another at Fontanari’s, a family-run deli in Lower Manhattan where the customers are known by name and the mozzarella’s made fresh daily. Alas, in a year Delicious! suddenly shutters in a corporate reorg reminiscent of Condé Nast circa 2009. (Delicious! is not Gourmet, says Reichl, who plans to tackle those fabled years in a memoir.) Billie is the only one remaining at the office, answering phones to uphold the Delicious! Guarantee, whereby disgruntled recipe-followers like Mrs. Cloverly, who substitutes canned clams for scallops and powdered milk for cream, can rant for their money back. (“That actually was a real experience at Gourmet—it happened long before I got there, but it was a story that people told all the time,” she says.) She befriends former travel editor, Sammy, who returns from Marrakech after the staff has been dismissed. Garrulous and grandiloquent, he is the first to add levity to a sour situation.

“Peerless, is it not? I have been donning tweeds for eons,” is typical Sammy-ese.

Their lives are lightened by the discovery of a secret room in the abandoned library containing Lulu’s historic letters to Beard, who was once a Delicious! employee.

The decision to write about Beard was simple, says Reichl. “He was somebody who was writing for magazines during WWII, he was the champion of American food,” she says. “He was somebody I knew a little bit, and he was somebody who really was completely generous with his readers—one of the few people of the time who would actually have written Lulu back.” Aside from plausibility, she chose the larger-than-life gastronome for a personal reason: Marion Cunningham, the award-winning California-based food writer to whom the book is dedicated, was Beard’s assistant. “Meeting James Beard completely turned Marion’s life around and so, in some ways, this is my thank-you to him for having given so much to someone I loved very much.

“I have a really deep belief that you cannot be a great cook unless you have a generous soul,” she adds.

Billie finds a kindred soul in Lulu, whose letters exhibit bravery in the face of loss that belies her years. “A great meal is an experience that nourishes more than your body,” writes Lulu, who transmutes Beard’s instructions into restorative meals for her mother, racked with despair after her husband is determined missing in action. Her words are a balm for Billie. “I knew how it felt to wish life could go back to the way it used to be. Was it different during wartime, when it was happening to everyone at the same time? Was it easier when you didn’t feel so alone?” Reichl writes.

Whether solidarity comes in support of a common cause, in delight or despair, Delicious! extols this essential ingredient of a rich life. Whether Billie can learn to let the world in will foretell her future.

“For me, fiction is the great joy in life...the antidote to everything bad, and I hope that this book gives people pleasure and that it makes them pay attention to all the ways that food can give you pleasure on a daily basis,” says Reichl.