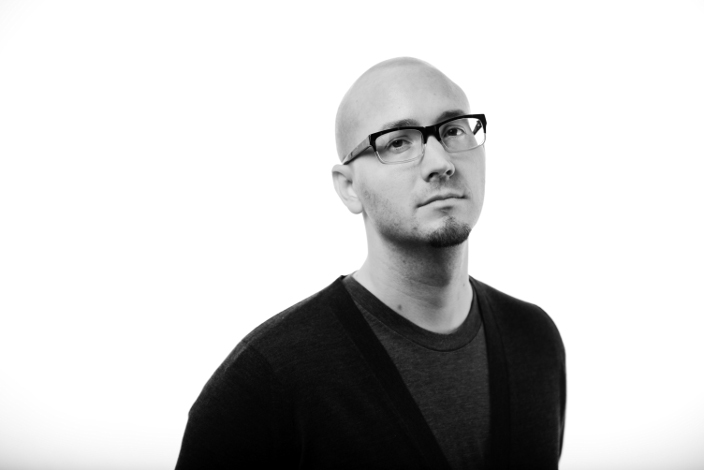 Most of us remember the L.A. riots of 1992 from the hovering images of a few square blocks of Compton, South Central ablaze, the grainy police recording of Rodney King getting brutalized and the horrific footage of Reginald Denny beaten within an inch of his life. Ryan Gattis’

All Involved reveals a different vantage: it takes us into the lives of Latino gangbangers who saw a city in chaosas an opportunity to operate with impunity. Gattis uncovers a web of stories interconnected by an orbit of violence, anarchy and revenge.

All Involved was born of failure. Gattis had been unsuccessfully working on a previous novel for five or six years,unable to let it go, when on a visit to his grandmother’s home she put him on a different path. “An interesting thing about being reset, it opened me up to so many things I didn’t know were possibilities and would end up leading me in the direction of All Involved,”he says. After returning home, Gattis was introduced to street artist Espy and shortly after Espy introduced him to the rest of his street art crew, U.G.L.A.R.(Unified Group of Los Angeles Residents), he was soon asked to join them. At the same time, a friend of Gattis’ had just founded a small press,Black Hill Press,that dedicated itself to the form of the novella. Gattis was asked to write one, something he knew absolutely nothing about. “Oddly enough, reading novellas actually sparked this idea of, ‘I could write a longer novel in a way if I just broke it up,’ ” he now recalls. “All Involved, the way it’s broken up into six days, each day is essentially a novella,” Gattis explains.

Gattis did an internship on the streets with U.G.L.A.R. “All I’d do was carry paint and take photographs, set up ladders, clean brushes, scout locations, talk to people,” he tells me. Riding home from a mural site one day, U.G.L.A.R. member Evan Skrederstu asked Gattis what he wanted to write. Throughout his “internship,” Gattis had been wrote two novellas; he told Skrederstu he wanted to write about gang culture again but a more authentic gang culture than he wrote about in Kung Fu High School (2005). From there, Skrederstu introduced him to an integral individual who became the jumping-off point for the two years’ worth of research that became All Involved.

Gattis spoke to many former gang members, nurses, retired firefighters, highway patrolmen, and “graffiti kids from that early ‘90s era and on and on,” he says. “It took over; it had its own velocity from that moment when Evan just asked me, ‘what did I want to write.’ ”

All Involved’sprelude offers a set of facts and it’s important to take note the gravity of the scenario by what the official record says, or doesn’t say. He writes:

At roughly 5:00 p.m. riots began. They lasted six days, finally ending on Monday, May 4, after 10,904 arrests had been made, over 2,383 people had been injured, 11,113 fires had burned, and more than one billion dollars’ worth of property damage was sustained. In addition, 60 deaths were attributed to rioting, but this number fails to account for murder victims who died outside active rioting sites during those six days of curfews and little to no emergency assistance.

The setting breathes vigorthrough each of these individuals’ stories that is uniquely Angeleno, giving credence to some of the comparisons Gattis has received too Simon and Prices’ works. We get to experience the individual voice of each Angeleno involved. The novel begins with ErnestoVera, a hard working young man who isn’t caught up in gang life (though the rest of his siblings are deeply embedded in the game). From Vera’s unfortunate encounter with a rival gang the rest of the vignettes unfold.

Writing teenage gangbanger Lupe Vera’s character, a.k.a. Payasa, was the impetus for the whole book. She comes of age fast in her clique; her story is bookended by tragic events unfolding around her two brothers. In creating all these characters, Gattis became acutely aware of his privilege in being able to drive into Lynwood, South Central everyday and drive out when his interviews and research were completed.

That was one of the most difficult parts of the process for the writer. “I didn’t expect to be so moved by the stories of the former Latino gang members that I spoke to,” Gattis says. Gattis found pain, honor, difficulty and empathy through some of these interviews. “Initially I didn’t anticipate that I would connect so strongly to people that grew up in such a violent environment,” he says.