A Debut Novelist Finds Poetry in the Everyday 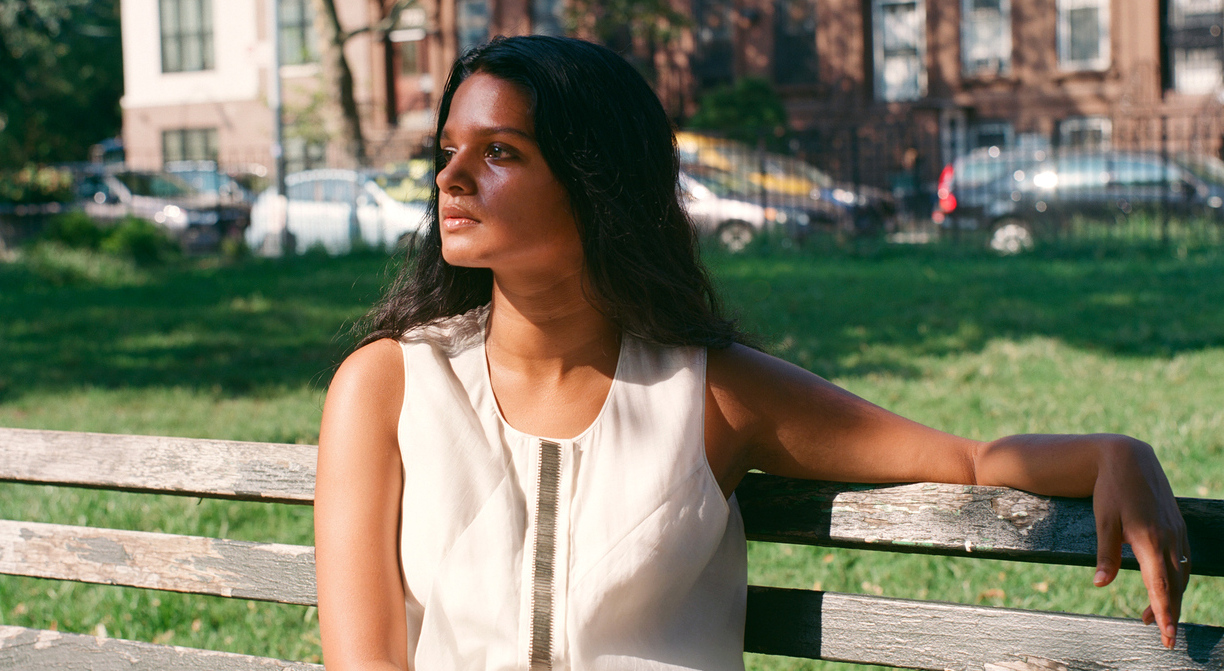 In Sarah Thankam Mathews’ debut novel, All This Could Be Different (Viking, Aug. 2), Sneha, the daughter of Indian immigrants to the United States, moves to Milwaukee to begin her first job. For a time, things seem to go well: Sneha works hard, eats out, dates. Then her paychecks stop coming. Her relationship with Marina, her girlfriend, grows tense.

Mathews has a luminous prose style, both rhapsodic and deeply grounded in the mundanities of daily life. The novel traces Sneha’s emotional and psychological growth; it also describes, in exacting detail, her deteriorating financial situation. In a starred review, a Kirkus critic writes that “Mathews achieves what so often seems to be impossible: a deeply felt ‘novel of ideas,’ for lack of a better phrase,” calling the book “[r]esplendent with intelligence, wit, and feeling.”

Mathews recently spoke with Kirkus over Zoom from her home in Brooklyn. “If there is an overarching gesture within the novel,” she says, “it is toward this idea that the world as it is is a thing that is made—and thus can be unmade.” Our conversation has been edited for clarity and length.

One of the things I like about the book was the way you include precise details about Sneha’s work and her financial reality. Those kinds of details are pretty rare in a lot of contemporary fiction, but they’re pretty central to our actual daily lives. Could you talk about your decision to write about paychecks, rent, being able to afford groceries?

I wanted to write a novel that could hold a few different types of politics within it. It mattered to me at a political level, for example, that the novel felt juicy and accessible. In some ways I wrote it for the version of myself that worked hard and long days, and the only time I had to read was on my commute after work, and I needed books that could hold my attention. So it mattered to me to create a narrative that was suspenseful. One way in which All This Could Be Different does that is through suspense around love. So you have what I hope reads as a hot, will-they, won’t-they queer romance and love story. But I also wanted to talk explicitly about money and the material realities of the protagonist’s life—and all the characters’ lives, really—to form part of the ticking clock of the novel. I wanted the reader to feel the sort of false sense of security that Sneha herself does. I wanted money to become a source of suspense. The simple reason for that is it mirrors how I and most ordinary people experience the world.

Sneha’s fortunes seem to be reflected in the food she eats. When she’s doing well, she eats out, and the descriptions of her meals are really evocative. Then, when her boss stops paying her, she stocks up on chicken sandwiches from Wendy’s and eats white bread with mayonnaise. I was curious what food means to you as a writer.

I’m a South Asian writer, and a lot of South Asian writers feel a degree of sensitivity around this perception that food is used as this almost exotic ingredient in our narratives, that food functions as symbol and as something that’s lovely to read about but also can function as this agent of othering. I felt conscious of that, and I also feel that food is one way in which, for almost anyone, our material realities and the political issues that circle around us become concrete—and become something that we literally consume. So I wanted food to be an integral part of Sneha’s life. I wanted it to signal her false ascent and then her descent.

At one point, Sneha thinks, “I’d realized that it was the great desire of my heart to have the trappings of a bourgeois life, soft and warm as a cashmere sweater. I wanted this, and I wanted this because it had been relentlessly sold to me with the aggressiveness of a Bangalore street hawker.” Could you talk more about that idea of being sold a certain idea of success and what that means for Sneha as a young queer immigrant woman?

I really did not want to single out the “right” viewpoint and give it to one character—and certainly not give it to my main character. I wanted the main characters to disagree. Throughout the novel, there are moments where, for example, one of Sneha’s best friends might say, “Here is this leftist principle,” or, “Here is a way I believe the world should work”—and Sneha will often push against it, because there are ways in which she is a very cautious and pragmatic person who doesn’t have very grandiose ambitions for herself. What she wants more than anything is safety—for herself and the people she loves.

I really wish for readers to think about what different life experiences make people susceptible, or not, to different schools of politics. Sneha’s not very primed for any kind of utopian ideas about community and a communitarian future. I also think that it’s just true that people who are marginalized along different axes are promised, again and again and again, that if you work hard enough, if you shore up all your individual defenses, you get to be one of the pardoned turkeys. You get to be separated from the rest of your fellow marginalized community and spirited away to a place of safety. That’s what, ultimately, Sneha’s talking about. She’s not conscious of that larger dynamic at this point in the novel, but she is in this moment responding with resentment, saying, “I was promised this all along, and why shouldn’t I have it?” That’s very reasonable, but the book also does its best to poke some holes in her thinking.

Sneha’s relationship with Marina is pretty central to the novel, and it’s a complicated relationship, partly because Sneha hasn’t been entirely honest. She avoids telling her parents about her sexuality, and she lets Marina think that she doesn’t have any parents. At one point you write, “real wild desire is braided tightly with foolishness, with all that is awkward and stilted.” Could you talk more about that?

This is a novel that writes very frank and lucid queer sex. There isn’t a cutting away to darkness. There’s definitely an attempt made at revealing the characters of both these people through the sex that they’re having. That particular line about desire and foolishness is really central to how Sneha thinks and who she is. She’s intensely prideful, you know; she is certainly often very top-y and confident in sex in a way that she’s not in large parts of her life—certainly not when she’s being an eager office drone. But it is a confidence—and I might even say a masculinity—that is easily punctured, like most masculinity can be. I think that that sense of something that could be punctured at any moment, something that’s intensely fragile, permeates this young relationship between Sneha and Marina. They come from incredibly different backgrounds, and I think Marina approaches their relationship with more sincerity and, frankly, integrity, for a long time, than Sneha does. And part of it is that Sneha’s younger and hasn’t internalized certain crucial life lessons—like, if you lie to people that you care about so deeply, you become unknowable. And Sneha, whether she knows it or not, really deeply desires to be known—and to be loved.

Natalia Holtzman’s writing has appeared in the Los Angeles Review of Books, Bookforum, the Minneapolis Star Tribune, and elsewhere.