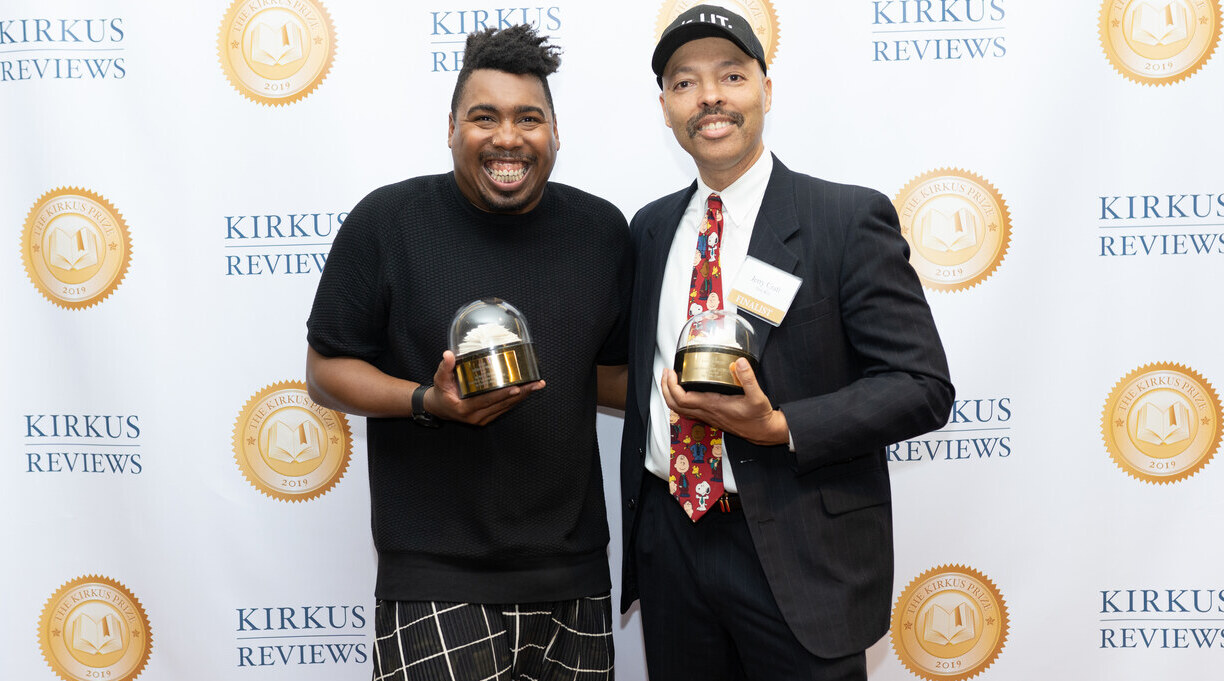 Jerry Craft, right, with Saeed Jones at the Kirkus Prize ceremony in 2019. Photo by The Papes

The Katy Independent School District near Houston also canceled a virtual visit by Craft, in which he was scheduled to discuss his books New Kid and Class Act. The graphic novels follow a Black student at a mostly White prep school in New York, who has to deal with a series of racial microaggressions. New Kid won the Kirkus Prize, the Coretta Scott King Award, and the Newbery Medal.

Parents circulated a petition demanding the event be canceled, KKTV reports. They claimed that the books promote critical race theory, an academic legal concept that has become a catch-all term for anything dealing with race that White conservatives find objectionable. Teaching critical race theory in Texas public primary and secondary schools is illegal.

Craft’s books “are pointed at white children displaying microaggressions to children of color. The books don’t come out and say, ‘We want white children to feel like oppressors,’ but that is absolutely what they will do,” claimed Bonnie Anderson, who unsuccessfully ran for a spot on the Katy ISD school board in May.

Not all parents of Katy schoolchildren felt the same way. On Twitter, one user wrote, “We were going to have an author visit yesterday by @JerryCraft about his journey from reluctant reader to [award-winning] author and illustrator. It didn’t go ahead because some parents complained about his books. This #katyisd kid says #letthekidsread.”

We were going to have an author visit yesterday by @JerryCraft about his journey from reluctant reader to award winner author and illustrator. It didn’t go ahead because some parents complained about his books. This #katyisd kid says #letthekidsread. pic.twitter.com/Ty2yiuDotg