Which is better, the light or dark version of The Rook? 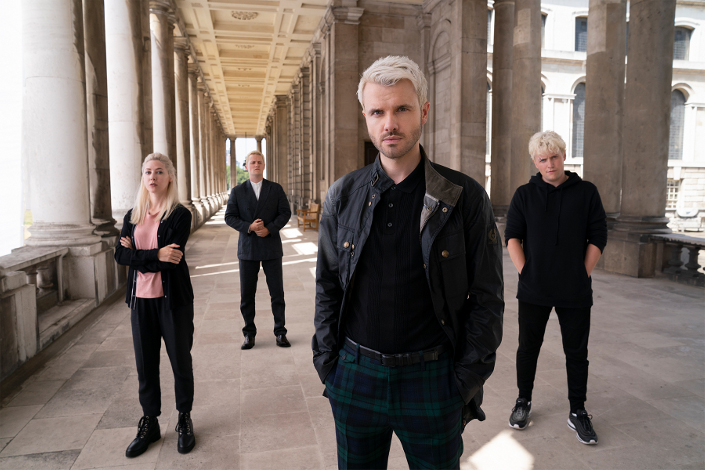 Back in 2012, Kirkus’ reviewer described Daniel O’Malley’s urban-fantasy tale The Rook as a cross between Buffy the Vampire Slayer and Ghostbusters. I’d add the Doctor Who spinoff Torchwood to that recipe. Like that show, The Rook is an often humorous story about a secret, centuries-old organization with a mandate to protect England from supernatural threats. However, the new Starz adaptation of the novel, which premiered on June 30, is a much grimmer affair.

The Rook’s secret agency is called the Checquy, and it’s full of superpowered agents. In the book, these include Gestalt, who has four physical bodies that share a single mind; Grantchester, who can emit deadly, aerosolized toxins from his body; Alrich, who’s an immensely powerful vampire; and Gubbins, a contortionist of exceptional, and exceptionally off-putting, gifts, among many others. (One minor character, for instance, has a lower half that simply consists of “a sparkly fog.”)

The star of the story, though, is a woman named Myfanwy Thomas—the Rook of the title. (All the agents have archaic-sounding ranks; Gestalt’s a Rook, as well, and Grantchester and Alrich are Bishops, while Gubbins is a Chevalier.) Myfanwy—whose name is oddly pronounced “Miffany,” apparently to make it easier on O’Malley’s non-Welsh readers—can manipulate other people’s bodies, often to lethal effect. As the book opens, though, she can’t remember anything about who she is, because someone, or something, has wiped her memory. However, her old self, before the mind-wipe, saw this coming, and left herself a series of notes to help get her bearings and track down the culprit. She’ll also face down a gruesome threat called the Grafters, who add a Cronenbergian dose of outrageous body horror to the proceedings.

Starz’s new miniseries drops this kind of thing, in favor of a hard, John Le Carré-ish starkness. It’s clear that the network liked the book’s premise far more than its overall tone. Myfanwy has a history of self-harm in the miniseries, for instance, which would be much harder to imagine in the book. The show also tosses many other elements; the grotesque Gubbins is gone, as is vamp Alrich. (Twilight’s Stephenie Meyer was involved in the earliest stages of the show’s development, but left the production last year. One wonders if fangs were the sticking point.)

Only the first four episodes of the miniseries were made available to reviewers, but so far, there’s also no sign of the Grafters and their slimy, eldritch horror. The book’s Shantay, an American agent with the power to encase her body in metallic armor, has been replaced by a different American character, Monica Reed (indifferently played by Olivia Munn of The Newsroom and X-Men: Apocalypse), who has super-strength—which, so far, has consisted of breaking a lock with her thumb and throwing a few henchmen around. Indeed, the only superpowers that we ever witness are the ones that are the cheapest to portray; we don’t even see the deadly gases that Grantchester emits. No sparkly fog here.

Still, Serious!Rook does have its points. A major plotline involving the human trafficking of superpowered beings is intriguing, and Myfanwy’s sexual tension with Gestalt—involving all of the latter’s bodies—puts a truly novel spin on a polyamorous relationship. The Path’s Emma Greenwell does a fine job as the edgy Myfanwy, and Catherine Steadman, Jon Fletcher, and Ronan Raftery execute the various, synchronized parts of Gestalt with impressive skill. It’ll be interesting to see if the light and dark versions of The Rook ever sync up as well.