Karen McQuestion: The Self-Publishing Bestseller on ‘How I Did It’ 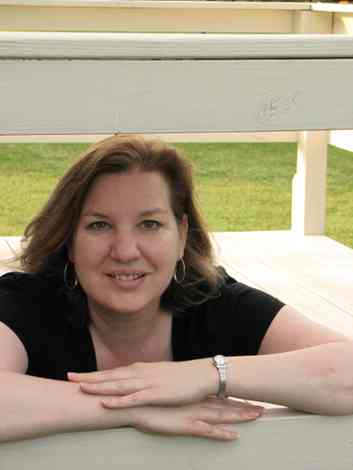 Other writers tend to find my publishing story interesting, primarily I think because I’m a nobody from Wisconsin, and also because I came in the side door when I couldn’t get in the front.

I’ve been an avid reader since I was a child. I also loved to write and dreamed of becoming an author, but I didn’t seriously pursue publication until the last of my three kids was in preschool. At that point, I took classes and attended workshops and critique groups, then submitted articles and essays to newspaper and magazines. I had many of these pieces accepted in publications like Newsweek and the Chicago Tribune.

Curious about self-publishing? Read advice from Guy Kawasaki and about the real-life experience of Darcie Chan.

At the same time, I wrote novels without any success at all. Although I was agented on two different occasions, for two different books, and my manuscripts were sent out on submission, editors turned down my books because they didn’t fit into the right marketing categories.

In each case, at the end of the submission cycle, it was clear my agent had lost the love. A book that looks promising at the start holds the taint of failure after it’s been knocked down multiple times, and I believe that  carries over to the author and future books. Both times, seeing my agent’s enthusiasm wane, I made the decision to end the business relationship.

Left without a publishing plan, I submitted on my own, but months went by without any offers.

I thought that was that, until 2009, when I read about an author who had success selling his unpublished manuscripts as e-books on Amazon’s Kindle. I had no idea this was an option. I’d never seen a Kindle, and I only knew one person who owned one. Still, the idea that I could reach readers directly intrigued me, and I knew I wanted to try this. I thought of it as my Kindle experiment.

Between July and December of 2009, I uploaded six books. My teenage daughter, Maria, designed the covers and my husband helped with the technical end. At first, I didn’t tell too many people. I figured if the books didn’t sell or they got terrible reviews, I could always take them down. Thankfully, that never happened because sales went from a trickle to a steady flow, and snowballed from there. And the reviews were positive for the most part.

Several wonderful, enthusiastic readers talked up my books on message boards, and the word of mouth fueled sales. I went from no luck at all to incredible good fortune.

When I finally told other writer friends about my experience, I thought they’d jump at the chance to get their work into the hands of readers and make some money, too, but as it turned out, no one was interested. Back then, self-publishing was widely regarded as the last refuge of the truly pathetic and e-books were an abstract concept. Several people asked, in all seriousness, “What’s a Kindle?” (This was before the iPad, Nook and Kobo.) I didn’t let their lack of enthusiasm deter me. People were reading my books, and even though it hadn’t happened the way I imagined, I was happy.

That November, I received an offer from a production company to option the film rights for my novel, A Scattered Life.

In December, Terry Goodman, an editor at AmazonEncore, contacted me with interest in acquiring my books for Amazon’s new publishing house. In each case, I signed a contract and finalized the deal. (The option went through development, but the agreement eventually expired. The movie is unlikely to be made. Still, I’m thrilled someone in Hollywood envisioned one of my novels as a feature film.)

I’d sold over 30,000 self-published e-books when author Joe Konrath interviewed me on his blog in April 2010. I’d long been a fan of Joe’s blog and after this post went live I became an even bigger fan because the exposure caused a huge surge in sales. I also received requests for interviews, including one for the Wall Street Journal.

Once my books were published by AmazonEncore starting in late 2010, other opportunities appeared. Several of my books made it onto the Kindle bestseller list; I was interviewed for ABC News and NPR’s The Story. My books became available in e-book and paperback, and foreign and audio rights were sold.

I was one of the first, but many other authors have gone the self-published e-book route and had the same kind of results—some even better! It’s a good time to be a writer, maybe the best time in the history of the world. Three years ago my books were rejected. Now, they’re being read and I get to write novels for a living. It doesn’t get much better than that.

National bestselling author Karen McQuestion writes books for adults as well as for kids and teens. Her novels regularly place in the top 100 Kindle books, and each successive novel has added to her ever-growing fan base, making her one of the pre-eminent Amazon Publishing authors. McQuestion lives in Wisconsin with her family and is always working on her next novel.