On the Set of Chinatown with Sam Wasson 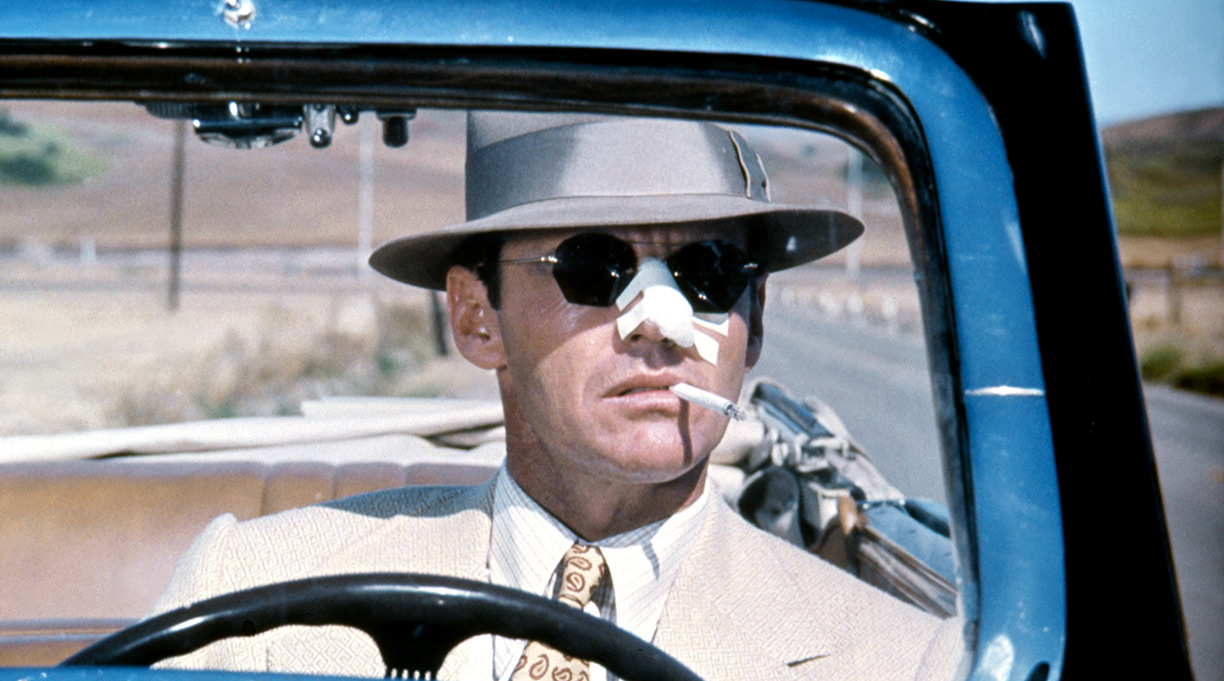 Sam Wasson’s cultural histories—among them Fosse, his expansive 2013 biography of filmmaker and choreographer Bob Fosse—delve into the lives and processes of talented, complicated artists. In his latest book, The Big Goodbye: Chinatown and the Last Years of Hollywood (Flatiron Books, Feb. 4), Wasson examines the creation of Roman Polanski’s 1974 masterpiece of downbeat American cinema, focusing on the four luminaries at the creation’s core: Polanski, the director, working in Los Angeles for the first time since the murder of his wife, actress Sharon Tate, in 1969; Robert Evans, the film’s rakish producer, who hired Polanski; Jack Nicholson, in the lead role as detective Jake Gittes; and Nicholson’s old friend Robert Towne, whose original screenplay won an Oscar and is widely considered one of the best ever written. Wasson answered some questions about the book.

It’s long been known that Polanski heavily revised Towne’s script and invented Chinatown’s shocking ending, but you reveal that Towne, throughout his career, had an uncredited writing partner—one neither Polanski nor Evans knew about.

Yes. Edward Taylor. Towne referred to him once in print as far as I could find: “since college my Jiminy Cricket, Mycroft Holmes, and Edmund Wilson.” But he was much more than that. I discovered a whole cache of Edward Taylor’s notes in his hand, including scene synopses and long swaths of dialogue and extensive notes and several outlines that suggest an influence beyond Jiminy Cricket—more of a Geppetto, maybe.

Did your feelings about Towne change after your research? What about your impressions of Polanski, Evans, and Nicholson?

My respect and admiration for those three deepened. For Towne, it lessened. Bob Evans’ love of his movies, and his unceasing efforts to bring quality to the screen, is often obscured by his glamorous playboy image. I was delighted to see that he is a producer to his heart and more producer than playboy.

I’ve seen his work over the course of my life and I’ve been an admirer, but to go back and watch everything again—he’s our greatest living director.

In November, a French photographer became the sixth woman to publicly accuse Polanski of raping or sexually abusing her decades ago. His latest movie, which recently opened in France, has been met with both protests and awards, winning three Césars (one for best director). Greatest living filmmaker, rapist—how do we grapple with these seemingly antithetical characterizations?

Both are true. To deny one would be inaccurate.

I was very moved by the person Jack is. We think of Jack as the joker or the cad, and he’s all of that, too, but there’s this other thing, this integrity. A real thinker.

You quote Towne as saying he learned to write by watching Nicholson act. How do you interpret that?

I’m pretty sure he meant something like: People in life don’t say what they mean. They say around. They say underneath. And I think Towne saw in improvisations that an actor brings an underneath. As Miles Davis said, they “play what isn’t there.” And Jack, in those improvisations in Jeff Corey’s class where he and Towne met, played what isn’t there.

You also say about Nicholson, “The ensemble’s regenerative feed was his first priority.”

Yes. The collaboration. Making movies is about being together. A film crew is a community. We’re talking about hundreds of people you work very closely with—and in a very deep way, if you’re doing it right. That’s what I think Jack loves and something that, if you look back in his biography, he always did.

These are artists for whom there is no accident, and the glory of Chinatown is unthinkable without their influence—that’s the case with any masterpiece. There’s a story that Sylbert had personally selected every book on George and Martha’s bookshelf in [Mike Nichols’ film] Who’s Afraid of Virginia Woolf?, which shows a level of obsessive dedication that is absolutely required for art and is not customary in Hollywood today, because obsession is expensive.

The book’s title bids farewell to the era of Hollywood filmmaking that produced movies like Chinatown, The Godfather, and Taxi Driver. What else is The Big Goodbye saying goodbye to?

The America before Vietnam. That Los Angeles, that Hollywood, that America, and the innocence we all lose once we encounter our own psychological Chinatowns. Once we hit the wall of “Forget it, Jake,” we can never go back—and that’s, on the emotional level, the biggest goodbye.

Lawrence Levi is a senior editor with the New York Times Licensing Group and a co-author of The Film Snob*s Dictionary.