Set on Mars, But With Political Echoes Back on Earth 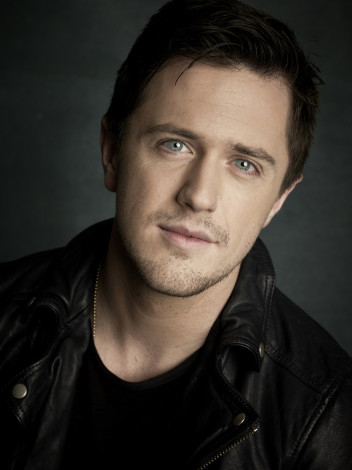 Three years ago, with an explosion of brilliantly pulsating stars hanging closer in the night sky than he had ever seen before, Pierce Brown found his head swirling with thoughts of Greek tragedy and science fiction as he and a band of college buddies carefully picked their way through the ice-encrusted Cascade mountain range of Washington state.

"I had about two months before starting a new job," the 25-year-old Red Rising author recalls. "I knew I had time for one more book before finishing college and turning myself over to the ‘real world.’ ” Six hours after successfully descending the mountain, Brown got to work on the Mars-centric trilogy that he says invokes the disillusionment many of his young generation feel toward the country and those pulling the levers of power.

"I'm not trying to make a statement with Red Rising," the Pepperdine University grad says. “I just think it echoes a lot of the dissatisfaction that many people feel with those who make the decisions based on their own self interests, rather than what is in the best interests of society. It's people being selfish.”

Red Rising is the story of a color-coded future society on Mars in which a subterranean revolutionary fights to free his people from the grips of a ruling class of lavish surface dwellers. Although it’s Brown's first published novel, he actually penned no fewer than six books before Red Rising, which his publisher has high hopes for.

Those moments of feverish literary production were a fond period for Brown, one that he looks back on as an invaluable learning process that began in his childhood as an adventure-loving kid playing in woodlands across America, building forts and daydreaming about what other exploits Luke Skywalker, Princess Leia and Han Solo might have had "a long time ago, in a galaxy far, far away."

Brown’s mother worked in television. "So we bounced around quite a bit—Denver, North Carolina, Iowa, Arizona, Texas, Seattle,” he explains. “I basically grew up in the woods." Making full use of the $100 his dad would give him to spend at the local Army surplus store, as a boy, Brown spent hours digging holes and setting traps while his burgeoning imagination flew far and wide. "The entire time I was ruminating on what I had read,” Brown says. "I'd try to make up more stories based on my favorite characters. That's what really made me a writer.”

Moving around so much also made Brown the odd man out at schools where already well-established hierarchal structures regularly made mincemeat out of perennial newbies like him. Those experiences echo throughout Red Rising. "Red Rising focuses on the power relationships that people have," Brown says. "A lot of times, I faced bullies—or the ‘big dogs’ at school. What I wanted Red Rising to be is not necessarily an indictment on bullies, but it reflects my experiences and attitudes that I had with bullies growing up. A lot of times, you had to beat the bullies at their own game. But the difficulty is not becoming the bully yourself.”

Red Rising is already being compared to Suzanne Collins' extraordinarily popular Hunger Games franchise. Brown says that he saw the book on shelves when it was first published but never read it. In fact, he became much more concerned that someone might think he was trying to rip off 1984, Fahrenheit 451 or Brave New World.

“Being compared to The Hunger Games is daunting,” Brown says. "It's also a massive compliment.” Bu the two stories are different, he insists. “The characters are different as well, in terms of what drives them and how they approach problems.” Comparisons with The Hunger Games aside, Brown's Red Rising does nicely align with the current literary zeitgeist connected to all things Martian (Andy Weir’s debut novel, The Martian, a thriller about an astronaut abandoned on the red planet, is being published next week, for example).

"I loved the movie Total Recall," Brown says. "And I had a telescope as a kid that my dad got me, and I would always look at Mars. It's the next step. It's the next planet we can go to."

The discordant duality involved in the red planet's immortal namesake also fascinated the author. In Greek mythology, Ares, the god of war, was scorned, Brown points out. But in Roman mythology, Mars was revered and associated with military honor. “Seeing the deity in two different lights like that interested me,” Brown says. “And, to be honest, Mars is the ‘red planet,’ and my main character Darrow belongs to the 'Reds.' So it worked out well."

While the dystopian politics of Red Rising draw easy parallels to today's dysfunctional political landscape, Brown—who majored in political science and  economics and once worked on Dino Rossi's failed bid for the U.S. Senate—says he isn't trying to make a political statement, and he doesn't like it when authors push their political opinions on readers.

“I have always been frustrated with absolutes,” Brown says. “It really bothers me that in our country, you have to be one or the other. It makes little sense to me. I vote both ways. I vote for the person.” According to Brown, neither side battling it out in Red Rising has a "monopoly on facts." "The politics in Red Rising show that both sides deal in absolutes," Brown says.

Coming out of the gate with a highly acclaimed debut novel is one thing, but not many pull off a trilogy. But trichotomy has always had a mysterious allure for Brown. "One of my most favorite series ever is The Lord of the Rings," Brown says. "It's one of the most perfect stories ever told. I grew up on trilogies. And I've always revered the number three."

While he's ambivalent about the United State government's ability to land an astronaut on Mars anytime soon, the sci-fi writer hopes that in some small way he's bringing Mars to us. "With Red Rising, I wanted readers to see that there are other worlds out there and places to escape to," Brown says. "If it can do that, then I'll be happy with the book no matter how many copies it sells."

Joe Maniscalco is a journalist living in Brooklyn.