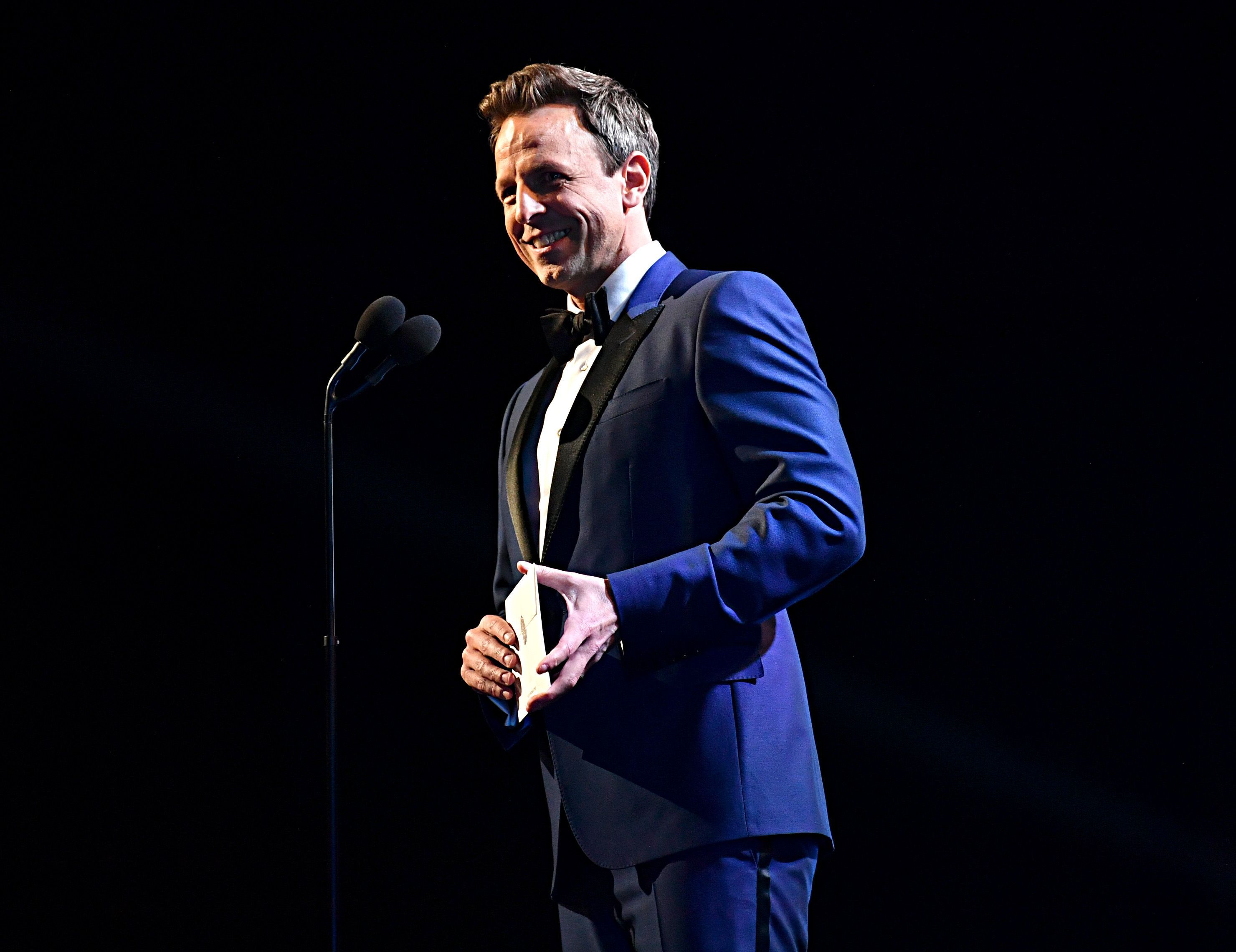 PEN America announced that its annual literary awards ceremony will be hosted by one of America’s most recognizable book fans: comedian and talk show host Seth Meyers.

Meyers, who frequently features authors as guests on his Late Night show on NBC, will emcee the literary organization’s event on March 2, PEN America said in a news release on Wednesday. In previous years, the ceremony has been hosted by comedians like Hari Kondabolu and Aasif Mandvi.

The gig is a natural one for Meyers, a book lover who has hosted Celeste Ng, Ocean Vuong, Alexander Chee, Viet Thanh Nguyen, Jesmyn Ward, and other writers on his show.

PEN America also revealed the shortlist for its prestigious PEN/Jean Stein Award, which honors “a book-length work of any genre for its originality, merit, and impact.” (Disclosure: I was one of the judges of the award this year, along with Rebecca Makkai, Garth Greenwell, William T. Vollmann and Marilyn Chin.)

Making the shortlist were Rion Amilcar Scott for The World Doesn’t Require You, Ilya Kaminsky for Deaf Republic, Anne Boyer for The Undying, Yiyun Li for Where Reasons End and Chris Ware for Rusty Brown.

This year’s ceremony will take place at a new location: The Town Hall in Manhattan, which PEN America says is “the largest venue in the history of the Literary Awards.”

“This year, as we expand to The Town Hall’s iconic stage and welcome as host Seth Meyers, a beloved champion of literature, we’re propelled by our deep conviction that writing—across borders, languages, cultures, genres, and subjects—has the power to sharpen minds, awaken empathy, and to shape and elevate public discourse,” PEN America president Jennifer Egan said.