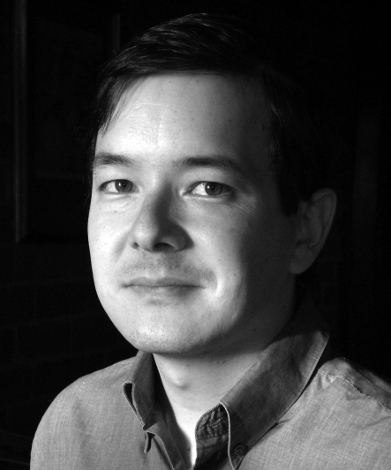 What would you think if you looked up and saw a flying orca in the sky? Or if the board of directors at the ruthlessly capitalist or environmentally irresponsible company you’ve spent so long despising suddenly turned into frogs? For Oscar-winning and bestselling artist and writer Shaun Tan, the dream of the fantastical made real isn’t impossible. In his latest book, Tales from the Inner City, Tan comprises a series of illustrated short stories and poems that center around the interplay between the natural and man-made worlds and look at the magical effects their collisions foster. Making animals his protagonists, Tan’s stories help us make sense of the urban spaces we’ve built atop massive expanses of natural land.

“The human world is a lot like nature,” explains Tan. “A city is a lot like a jungle because it has grown somewhat organically over a period of time. It has an evolutional function.” But a city, unlike a jungle, has an overarching consciousness. And yet, Tan says, “the older I get, the more I realize that there actually isn’t that much consciousness in these things.” In fact, many of the stories in Tales from the Inner City effectively blur the line between what we would qualify as citycentric events and naturally occurring ones.

For instance, in one story, “butterflies came...[in] a number beyond counting, beyond even the concept of counting,” in such quantities that the city they invade no longer feels like a city. In joyful awe, the citizens go to the streets and witness the event. Quickly, though, readers are directed to the illustration, where they have the opportunity of peeking at the inner workings of Tan’s vast imagination. The illustration itself is speckled with the visualization of butterflies and mankind fusing into one living body. The city effaced, only the event prevails.

“When I think about animals, it just unlocks a way of thinking that wouldn’t occur to me when I’m just thinking like a human,” Tan says. He’s fascinated by what he calls “mis-thoughts.” He tries to examine humanity from the perspective of an animal. “When I’m writing a story, I often don’t have a message. I wonder what it would be like to see a fish in the sky, bring it home, and show your mom and dad. I’m quite surprised that, in the end, they reveal something that’s more to do with human nature,” he says. By taking these isolated thoughts and projecting them onto a literary and illustrative format, Tan effectively makes his readers tune into the at times paradoxical thoughts that enter our minds.

But Tan is also invested in understanding the roles of corporations in the construction of national identities. “We’ve created this post-organic existence. Even the introduction of food into that space feels like an interruption,” he points out. “Bathrooms are necessary, but if we could get rid of all biological function, it could be a perfect human space.” In fact, the sanitization of corporate spaces, all the way to their accessibility by elevator only, is a strange reality for Tan, who doesn’t understand why companies must build themselves up into the skies to overlook everything else. “Their imaginary representations of real things mean that they no longer have any relationship with the people,” he continues. In Tales from the Inner City, Tan restores humanity’s imagination along with issuing a call to action to never let go of the creativity within us that makes cities possible.

Michael Valinsky is a Los Angeles–based writer whose work has been published in the Los Angeles Review of Books and OUT magazine, among others.