Sherri L. Smith’s YA Novel Began With a Photograph 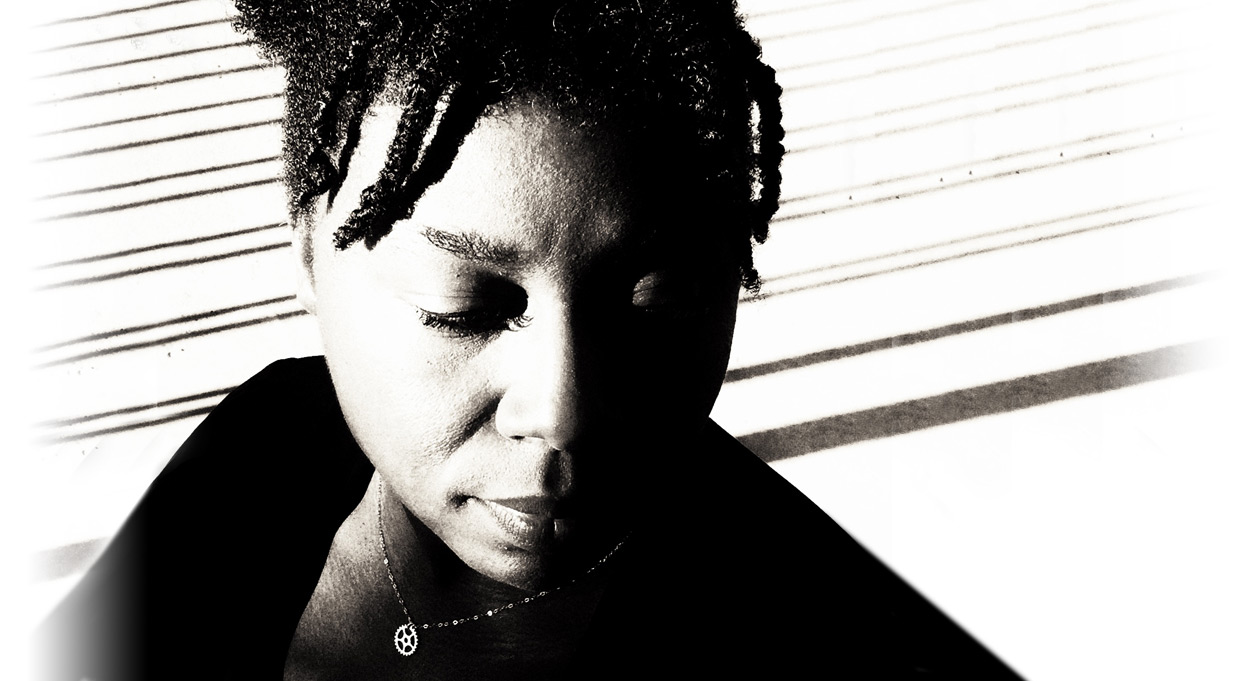 “You don’t enter into writing another culture lightly,” says Sherri L. Smith. She should know. Her latest historical novel for young adults, The Blossom and the Firefly (Putnam, Feb. 18), tells the achingly poignant story of Taro, who sets his violin aside to become a kamikaze pilot, and Hana, who hears his music while serving on the military base where he trains. The book is suffused with the sensory reality of Japan in World War II: cinched indigo monpe trousers, patched and repatched as the war grinds on; a bowl of rice gruel enlivened by a precious pickled plum; the cigarette smoke and shochu fumes of the inn where the pilots congregate. It is no less steeped in the determination and despair of that particular time and place: an essentially Japanese story, set entirely in Japan.

Smith, meanwhile, is an African American woman raised in Washington, D.C., and living in California. Though she first visited Japan as a child and studied Japanese literature in college, she speaks no Japanese. Her novel draws on translated wartime letters and diaries, an immersive trip to the southern Japanese town of Chiran, and her own considerable powers of empathy.

It’s not the first time Smith has created characters who don’t look like her. Her first novel, Lucy the Giant, featured a multiracial native Alaskan; Hot Sour Salty Sweet starred a girl who is half black and half Chinese American. “I am not held back by identity because the books are all about identity,” Smith says. “I have done my due diligence and done my best, and I am aware that it might not be enough.” But when a story “shows up and wants to be told,” she feels compelled to tell it.

This newest story began with a mysterious photograph: a row of Japanese schoolgirls, their arms piled with cherry blossoms, lined up along a runway as a fighter plane taxis past. What was happening here? Smith already knew more than most people about World War II airplanes; her award-winning novel Flygirl tells the story of a young black woman who passes as white in order to join the U.S. Women Airforce Service Pilots in 1943. The photo led her to Chiran, home of the airbase from which the Japanese suicide missions were flown.

Smith found an unexpected ally in her translator, who immediately engaged with her desire to understand a place so steeped in difficult history. “We raced around Chiran together,” Smith remembers gratefully, “climbing hills and looking for the river where the girls must have washed clothes” and striking up conversations with anyone who looked old enough to remember the 1940s. Eventually, Smith made the acquaintance of the elderly woman who had run the inn where the pilots drank—a living repository of memory.

Smith is aware that her choice of subject might be controversial. “The world is a lot more sensitive about ‘own voices,’ ” she acknowledges—as compared to 20 years ago, when Arthur Golden’s Memoirs of a Geisha topped the bestseller lists. She teaches a class on writing with empathy and believes there is a difference between cultural appropriation and cultural appreciation. “The idea is that you want to be a welcome guest in the culture and not an interloper or invader,” she says. “Part of empathy is walking a mile in someone else’s shoes, and we shouldn’t get angry at people who are trying to do it. But the people trying to do it have to really be trying, and when they stumble and get it wrong, they have to be willing to ask for help.”

For Smith, asking for help meant consulting not only the residents of Chiran, but the giants of Japanese literature. She revisited the novels of Yasunari Kawabata, like Snow Country and The Sound of the Mountain, and studied classic kishotenketsu narrative structure, with its revelatory twist in perspective and characteristic lack of conflict. Ultimately, keeping her readership in mind, she merged this approach with a more Western one—without conflict, there can be no satisfying resolution. Considering its grim premise, The Blossom and the Firefly is remarkably satisfying.

“I think my job as a writer is to open up my empathetic third eye and then extrapolate what it is I see in another person’s experience,” Smith says. “You know you’ve succeeded when someone says, ‘That felt right.’” Smith hopes her work will be read in the spirit of Buddhist compassion. “You look at another person and say, ‘Like me, they have suffered. Like me, they have felt joy,’ ” Smith explains. “We all come from the same human experience.”

Janice P. Nimura is the author of Daughters of the Samurai: A Journey From East to West and Back.