The Joyous Diversity of a Muslim Holiday 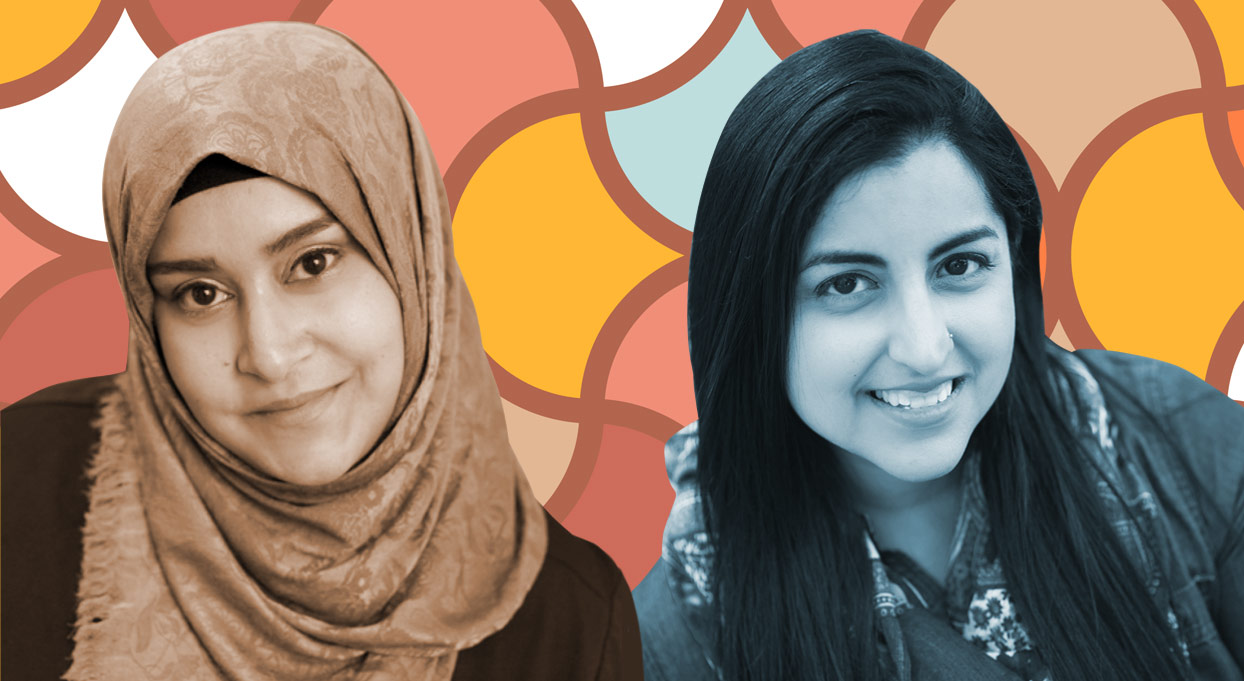 The joyful middle-grade anthology Once Upon an Eid (Amulet, May 5) celebrates the annual Islamic feast days of Eid al-Fitr (May 23-24, when observers break the monthlong fasts of Ramadan) and Eid al-Aha (July 30-31, commemorating the sacrifice of Ibrahim) in stories by 15 Muslim writers from diverse backgrounds. Edited by bestselling authors Aisha Saeed (Amal Unbound) and S. K. Ali (Love From A to Z), “this thoughtful and uplifting volume will keep readers turning pages year-round,” according to Kirkus’ reviewer. We spoke with the editors about the collaboration.

Where did the idea for an Eid-themed middle-grade anthology come from?

S.K. Ali: It was late 2017, and I’d been noticing that a lot of stories with marginalized characters often centered pain. I thought, what does it look like for a young Muslim reader to mostly have access to stories about struggle around their identity? Then I thought about what the opposite would look like. There are so many hidden moments of joy that we Muslims keep to ourselves—what Aisha calls sort of the “insider experience”—that happen in our communities and in our families. Black Muslim communities were sharing #BlackoutEid, posting pictures of their celebrations, their clothing, on social media, and I thought about how could we bring it to a wider public. So I connected with Aisha about the idea.

Aisha Saeed: Growing up, I never saw those kinds of stories in print. So it was really exciting to be able to see them for ourselves and [help make] these kinds of books accessible in classrooms. One thing that we really want to emphasize is, even though it’s Eid stories, as far as the theme goes, we really see this as having year-round interest. It shouldn’t be siloed as simply being pulled out for holidays. They’re stories about potentially losing a parent to cancer, they’re stories about sharing and being generous. There’s lots of different things going on that extend beyond the holiday itself. That could make it a useful thing for children to have in their classrooms, not just for the stories themselves, but also for that representation on the shelf.

When you were the same age as the characters in Once Upon an Eid (10 to 12), how did you celebrate the holidays?

Saeed: Growing up [in Miami], I was lucky, because some of my friends’ parents had jobs where they couldn’t take time off of work—[Eid]’s not a national holiday—and my parents could. My siblings and I always took the day off from school, and I remember waking up to the smell of, oh, lots of carby things, like my mom’s Pakistani desserts from back home. For breakfast we would eat all these different desserts, and we could sip our parents’ tea, which we were not normally allowed to do; it was a special treat. We got to put on a brand-new outfit we’d never worn before and go to the mosque, and we prayed. Then we got to visit each of our friends’ homes; we would all take turns. And everyone would have something sweet for us to eat. That’s what I remember the most.

Ali: I was the imam’s daughter; my father was the director of the largest mosque in Toronto downtown. So,

for me, it meant a lot of community events. We used to have a big henna party with a lot of the girls the night before. Toronto is very multicultural, and there are a lot of Muslims, but, growing up, there was one prayer place for [the whole community]. So it wouldn’t be in a mosque, it would be in a stadium or fairground. Every year it’d be like, OK, can we beat last year’s record? So, there would be tens of thousands of people all in the same prayer place….[It was so big], one year I lost my shoes! You’ve got to take them off when you go to the prayer, and [I couldn’t find them afterward] in the fairground….Eid was very big in my life. One of the things I personally loved about it was, I was really into fashion, and my mom would let us design what we were going to wear….It was like a parade of different clothing from different cultures and whatever was the latest fashion.

There are so many different perspectives in this book, presented in various forms—stories, poems, artworks, even a comic strip.

Saeed: We were really lucky [with the pitches we received], because we did want to make it accessible to all kinds of readers—not just culturally, but also in form. There may be children who don’t want to read a short story, and so they would turn away. Well, there’s a comic in there, so maybe that could be their gateway into the anthology itself.

Are there any other characteristics of this anthology you’d like to highlight?

Ali: I like to write the parts of being Muslim that are not always explored….As [a Muslim writer], I can hopefully examine my community with warmth and positivity, from a place of love for the community, without shying away from any issues. I think all the authors in the anthology managed to do that beautifully, to reflect from that place of love and warmth.

Saeed: And joy! [As S.K. said], a lot of times the stories that are out there can focus on marginalized communities and their pain and their struggle. Those are stories that need to be told, too, but it was a lot of joy for both of us to curate and contribute to an anthology that was just happy, period. Even if things happened in the stories that were challenges or struggles, they still ended on happy notes. I think we need happy these days.