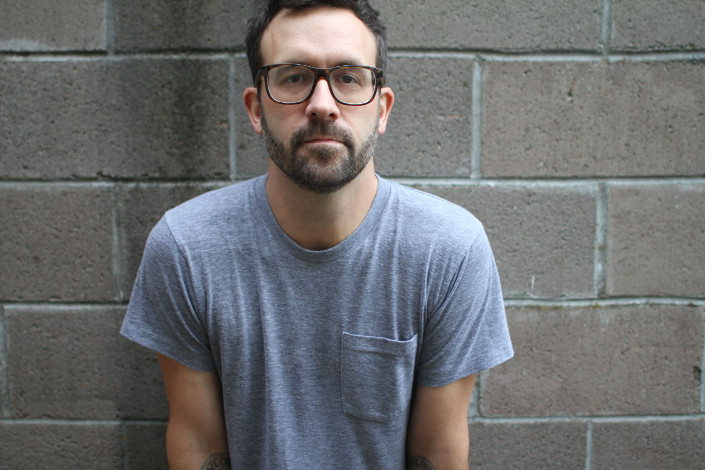 From the first line of Smith Henderson’s debut novel, Fourth of July Creek, you know you’re in for a gritty ride: “The cop flicked his cigarette to the dirt gravel road in front of the house, and touched back his hat over his hairline as the social worker showed up in a dusty Toyota Corolla.” The epicnovel tells the story of the social worker in the Corolla, Pete Snow, whose life intersects with a child named Benjamin Pearl, the son of a deeply disturbed recluse, Jeremiah, who lives off the grid in the wild and, in Henderson’s book, often frightening mountains of Montana. Pete’s job takes him all over the state, where he’s responsible for protecting children facing unimaginable horrors and dead-end lives.

Fourth of July Creek is an extremely dark book, but Henderson’s lyrical sentences lend an elegance—an importance—to the lives of his fictional children. By tenderly portraying horrible family secrets, Henderson is able to illuminate the richness and possibility in even the most painful lives.

Henderson worked in a group home for children, “a pretty profound experience,” he says. He interacted with social workers, and drew on that experience to invent the character of Pete Snow. “I thought I was really clever,” says Henderson. “I found these guys and their stories…they’re like little Tennessee Williams plays every time they step out of their cars and go into these houses.”

At one home, Snow is told, “The mother’s a disaster. Most of her disability goes to speed.” Henderson poignantly describes the house: “The light laddering through the blinds was morning light, cleaner and brighter. Not that what it shone on was much worth seeing. Styrofoam cups and paper bags and dirty clothes…ashtrays on the gnawn armrests of the couch…a jar of dark liquid sat on the coffee table atop a stack of unopened mail.”

One of the children is “a recreational gas-huffer” who smells of “gasoline, but with an undertone of minerals like a rotting pumpkin in hot dirt…other times of Cheetos and semen.” And the other child, a little girl named Katie, runs to Snow as if he is her father, throwing her arms around his neck: “her heart thrummed in her little birdcage chest, the little bird that raced in there.” Snow finds his own heart “racing too.” He tries to “unclutch” tiny Katie, but she refuses to let him go. Although Pete Snow is a deeply flawed man who has made mistakes with his own daughter, he reflects, “it’s nice right here to hold a small frightened girl and be strong and necessary.”

Henderson, himself a parent, found it difficult to dwell on the sadness inside the houses, tents and trailers that Snow visits. “Presenting things that happen to children…there’s a point at which you just can’t…there’s nothing edifying about it. Nothing there,” says Henderson. He worked to make certain Pete learns something over the course of the novel, to illuminate readers with his faith that “something good has to come of this.”

Henderson works at the Wieden+Kennedy advertising agency, for which he wrote the Emmy-nominated Super Bowl commercial “Halftime in America” featuring Clint Eastwood. The Chrysler ad holds a hopeful statement for the United States, portraying Eastwood saying that Americans “find a way through tough times, and if we can’t find a way then we’ll make one.”

Despite his novel’s darkness, Henderson hopes that Fourth of July Creek holds a similar message. “You look at the scope of everything that’s wrong, and it seems like there’s no possible way we’re going to solve all of these problems and then at the same time…that’s when there’s opportunity for real heroism and grace,” he says. “For me it felt creatively important to dwell on and to dwell in the scope of the traumas and the hardship because that makes the light that much brighter.”

Amanda Eyre Ward is the author of four novels and one short story collection. Her new novel, Homecoming, will be published in 2015.