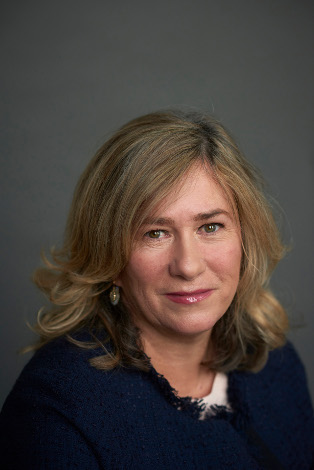 In May of 1940, the heat of summer was raging as the French fled the Nazi invasion. Even soldiers were abandoning their country as the bombs fell around them. But one woman, 34-year-old Private Virginia Hall, was making her way towards the enemy. An American working to secure freedom for another country, she had a prosthetic leg, a French ambulance with barely enough fuel and medicine to keep going, and a mission that would help change the course of history.

So begins A Woman of No Importance: The Untold Story of the American Spy Who Helped Win World War II, Sonia Purnell’s extraordinary book about an even more extraordinary woman. A privileged Baltimore socialite, Hall sought to exceed contemporary expectations of women and to save as many people from the Germans as she could. She was so successful constructing spy networks throughout France that the Germans called her “the most dangerous of Allied spies.” Her work aiding the French Resistance didn’t just help change the course of the war, it changed the course of how espionage would be conducted decades into the future. The CIA has acknowledged that the missions it sent into Afghanistan both before and after 9/11 were built on Hall’s work. Her name is in the Military Intelligence Corps Hall of Fame. She was awarded the Croix de Guerre. And yet she is somehow not a household name.

Purnell found Hall’s story after writing Clementine, her biography of Clementine Churchill, another woman whose legacy is often ignored. Churchill, wife of the British prime minister, played an immense role in World War II, and Purnell wondered if there were other buried stories of heroic women from that time. As she began what would turn into three years of research, Purnell would come across fleeting mentions of Hall’s spectacular courage in documents that otherwise focused on men. As she began to get a sense of her subject and the extent of what she accomplished, Purnell became, in her words, “addicted” to Hall’s story, beginning an international journey to piece together her work.

It’s a good thing that Purnell found Hall’s life so absorbing, because between the files that were lost, destroyed, or are still classified, the records of her work were literally all over the place. Purnell traveled between France, the U.K., and the United States trying to track down documents about Hall’s movements, reading records that were never written with a future historian in mind. “It was almost as if she was playing cat-and-mouse with me,” says Purnell, who ended up reading thousands of files to track Hall’s activities through her many codenames.

Still, those official records left out the personal element. What was Hall like? How did it feel when she was in the room? What made her laugh? For that, Purnell visited the Haute-Loire in France, where Hall is beloved by an entire region that remembers what she did for them. She also spoke extensively with Hall’s niece, who was thrilled that someone had taken an interest in her aunt.

While Hall was a human being with flaws, like anyone, it was the intimate details from the people who knew her that made her all the more astounding to Purnell. It would have been so easy for Hall to marry rich and live a life of ease, but instead she chose a life of service and hardship on top of the constant pain from her prosthetic leg. “One of the things I so admire about her is that she volunteered—she didn’t have to do any of this” says Purnell. “I’ve never come across anyone quite like her.”

Chelsea Ennen is the editorial assistant.