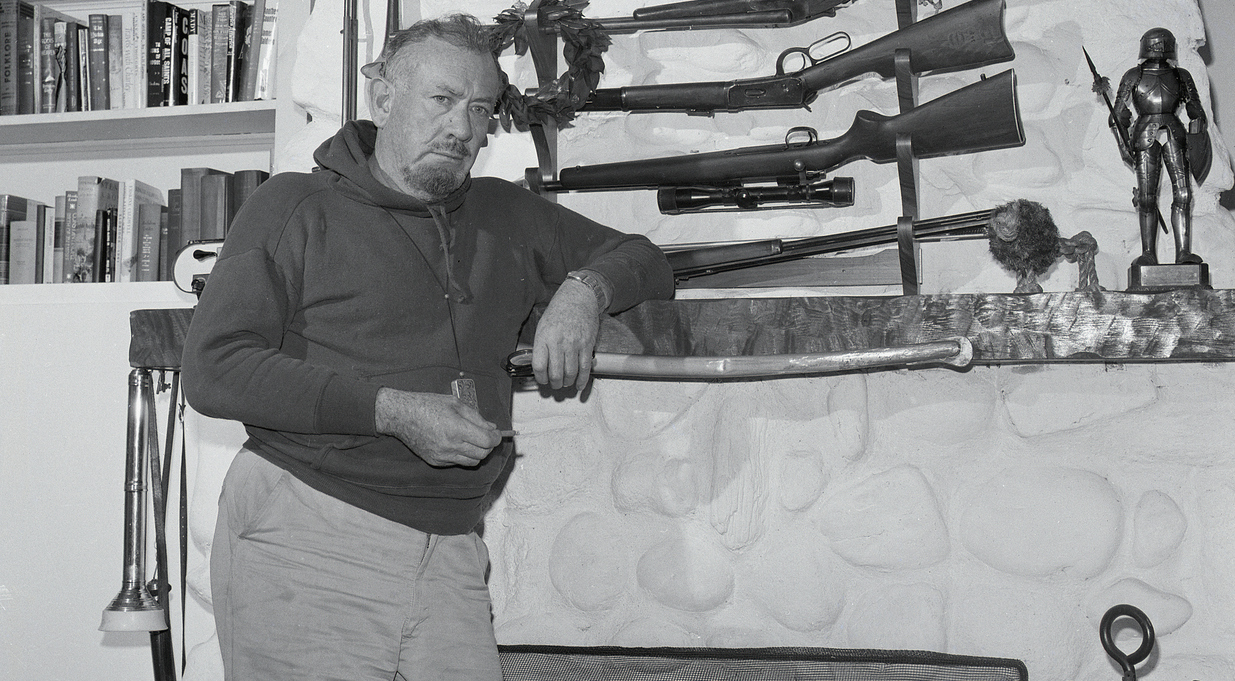 John Steinbeck at the Sag Harbor cottage in 1962. Photo by Bettmann

John Steinbeck’s “little fishing place” is for sale with a not-so-little price tag.

The late author’s Sag Harbor, New York, house is now on the market for $17.9 million, the New York Times reports. The cottage served as a summer home for Steinbeck for 13 years.

A listing for the property says it was built in 1953 and spans almost two acres. The cottage has three bedrooms and two bathrooms, and there’s a guest house on the property. There’s also a swimming pool, two-car garage, and, for those hot Long Island summers, central air conditioning.

“The living room is wainscoted and beamed with a cathedral ceiling,” the listing reads in part. “Bookcases line one wall opposite French doors which lead to the patio outside. A large fieldstone fireplace graces the head of the room where a painting of [Steinbeck’s dog Charley] hangs prominently.”

Steinbeck is widely considered one of America’s greatest writers. The author of such now-classic novels as East of Eden, The Grapes of Wrath, and Tortilla Flat, he won the Nobel Prize for Literature in 1962, six years before his death of heart disease.

Steinbeck began the road trip that inspired his book Travels With Charley at the cottage, the Times notes, and wrote the novel The Winter of Our Discontent there.

The property is being sold via a trust established by Steinbeck’s widow, Elaine Anderson Steinbeck.

Elaine Anderson Steinbeck’s nephew Clark Covert told the Times that he and his family often spent summers at the Sag Harbor cottage.

“Elaine used to invite each of us to spend two weeks with her—one week in the city and one week out on the point in Sag Harbor,” Covert said. “It was a different world for us.”