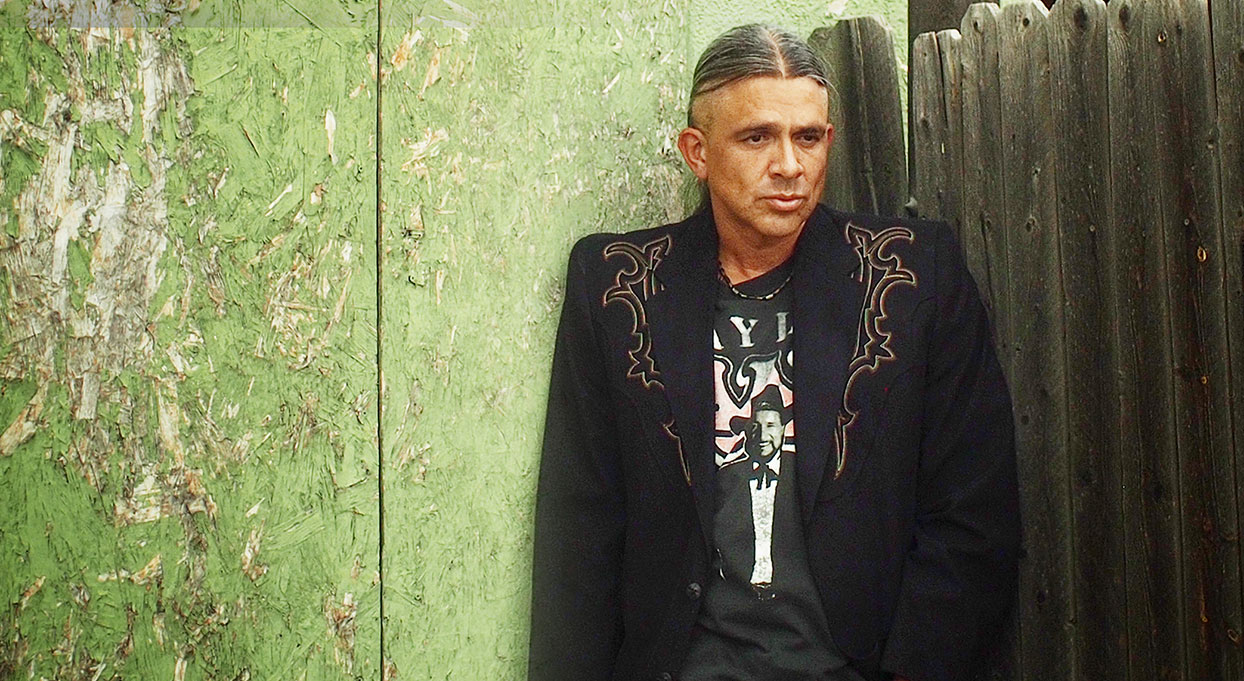 For a couple decades and a couple dozen books, novelist Stephen Graham Jones has concocted a delicious literary stew out of rare ingredients: decades of slasher flicks; a deep abiding love of “losers”; a relentless narrative voice that pulls the reader along at a thousand miles an hour; and the experience of growing up in the American West as a member of the Blackfeet Nation.

The Only Good Indians (Saga/Simon Schuster, July 14) tells the story of four friends being hunted down by an elk that might be a demon or a ghost but is definitely an angry mother. Before the novel begins, Lewis, Cassidy, Ricky, and Gabe go hunting on land set aside by the Blackfeet Reservation for elders. They slaughter a herd of elk, including a pregnant cow, and their actions that day haunt their memories until, on the 10th anniversary of the slaughter, they become the hunted. “Slashers love anniversaries,” Jones tells me over the phone from his home in Boulder. We spoke in mid-March and the book’s publication, originally set for April, was pushed to July because of the COVID-19 pandemic.

Violence and gore pulse through Jones’ novels, and The Only Good Indians is no exception. The memory of the elk slaughter sticks with each character. The first section of the book focuses on Lewis, who left the reservation shortly after the incident but often finds himself remembering that day. “That craziness, that heat of the moment, the blood in his temples, smoke in the air, it was like—he hates himself the most for this—it was probably what it was like a century and more ago, when soldiers gathered up on ridges above Blackfeet encampments to turn the cranks on their big guns, terraform this new land for their occupation. Fertilize it with blood.”

Jones is aware of working within the larger genres of horror and Native American fiction, but he’s always looking for ways to subvert expectations. Jones is the kind of writer who notices a trend and leans his shoulder in the opposite direction. “In American Indian culture, the person who rises above and says he’s different is turning his back on his community. The way to be successful is being part of the community,” Jones says. “That is how 99% of American Indian novels went for a long time, but I wanted to push back against that.”

Eventually, after a series of increasingly bloody murders, Lewis finds himself limping back to the reservation in a desperate attempt to save himself. “I’ve always been poking and prodding at the possibility that the pattern shouldn’t be repeated,” Jones says. “Lewis has the idea that by returning to where that cycle of violence started he can somehow apologize or close the circle. But it doesn’t do him any good.”

The monster at the heart of this novel was inspired by Deer Woman, a comic by Elizabeth LaPensée. “I was always looking at that cover; it was a woman with an elk head.” The image stuck with Jones and eventually turned into the creature in this book.

Even as the creature is tearing people apart, the reader understands what motivates her: These guys killed her kid. “She’s a mother. She didn’t ever care about her own life, and I completely identify with that. Your kid is the most important thing in the world, and losing that transforms her,” Jones says. “She becomes rage, and she can’t stop killing. Dispensing what she feels is justice is not really quenching her fire, so she has to keep burning and burning.”

As the creature edges closer and closer to her victims, the novel embraces the unique combination of horror and tenderness that fans of Jones have come to love. Defeating the creature comes down to Denorah, Gabe’s teenage daughter, and one of the most memorable games of basketball played in literature.

Jones is legendarily productive, and his past work has been published by micropresses, “big-five” houses, and everything in between. Since finishing The Only Good Indians he’s completed four novels. The titles alone reflect Jones’ unique range and interests: The Babysitter Lives, Killer on the Road, Last Stand on Saber Ridge, and Lake Access Only.

“I think I’m just compelled to write,” Jones says. “My grass will be overgrown, my truck will be half broken, I’ll be missing all my meetings, but I justify it by writing a novel. Novels are a fortress I build around myself, and they protect me from the world. And I need a lot of protection, so I keep writing.”

Richard Z. Santos is a writer and teacher in Austin, Texas, and the author of the novel Trust Me.