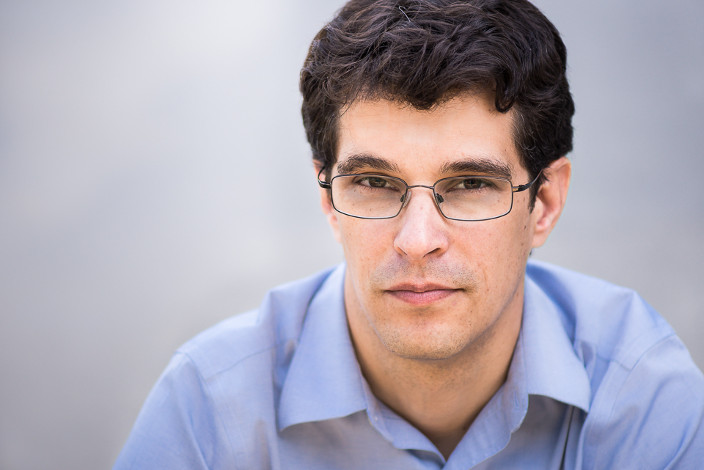 How reliable is your memory, or the reconstruction of what you think comprises your past? The Confabulist, Steven Galloway's latest, takes us on a trip through the damaged memory of Martin Strauss, his wavering narrator, in an attempt to assemble the pieces of a mystery both real and imagined.

As a young man, Martin kills "The Handcuff King," "The Man Who Walked Through Walls," the king during the "Golden Age of Magic," Harry Houdini, with a gut punch that ruptures his appendix. An older Martin is told by his doctor, just two pages into the novel, that he will gradually lose his mind through a rare condition in which his brain will no longer be able to house and process memories, but rather it will begin to create new memories in their absence. Martin is sure Houdini survived his punch and has just been in hiding this whole time. The book warps back and forth through time as young Martin searches for the magician and present-day Martin attempts to recreate his existence as he believes it to be. On Martin's journey we are taken through Houdini's time as a secret agent, his plight against spiritualists and their pervasive and politically powerful spiritualism and the complicated and strained relationship he had with his wife.

The Confabulist coaxes you to mistrust what you're reading at times and as the novel progresses this mistrust becomes a large part of the experience, which would usually frustrate a reader, but in The Confabulist, it becomes alluring, drawing you deeper into the details. "I wanted to be able to trust readers enough to come with me even if it felt like I as a writer was making mistakes or Martin the character was making mistakes, which he is, but he doesn't know it," Galloway says.

With all its unreliability, The Confabulist succeeds in suspending the larger disbelief we all willingly succumb to when we choose to invest time in a novel. For Galloway this taps into a larger phenomena. He mentions that every year we hear the decries from some cultural critics concerning the death of fiction: Movies, television, Twitter and the Internet in general are killing it. "And yet it doesn't seem to die," he says. "When a person reads a novel or a short story they're using the text as a template to create an imaginative experience," he says. For Galloway it is all about what the reader is able to recreate in their heads, to breathe more life into the template he's provided. "I turn up the volume on certain moments and down the volume on other moments...a truth of a memory is almost irrelevant...what matters most is how you use that memory in the present," Galloway says.

Through his muddled mind, Martin winks at us, priming us for what's to come. "Alice knows most of the story already, but in any story there are details that can be pushed one way or another, and I

have definitely pushed them in my favor,” Martin writes. “There are other details that can be left out entirely, which I have also done when it suited me. The only way is to start at the beginning and tell it as I believe it to be, not as I want it to be. I no longer have the luxury of time. My mind will soon become another door that is no longer open to me.” But don't we only have confidence in what we desire until we make it our reality just by the act of willing it to be so? As Martin begins to tell us how he believes it to be, he no doubt feels it is the reliable truth of the matter he is compelled to recreate.

Galloway admits that he was challenged by the work and keeping all the mystery and uncertainty straight "was a pain," he tells me. He felt that in order for The Confabulist to work, it needed to adhere to the line of a murder/mystery book, very detail-oriented and requiring more than cursory attention from the reader.

The Confabulist is infused with Galloway's curiosity about the nature of storytelling and the stories we tell ourselves about ourselves. He says that the entirety of our pasts is a set of stories: "Where you are is a story, the role you're inhabiting is a story...'What am I going to do with that story as a person and am I happy with the story that I am?'….Where the story gets so omnipresent that the person vanishes," he says.