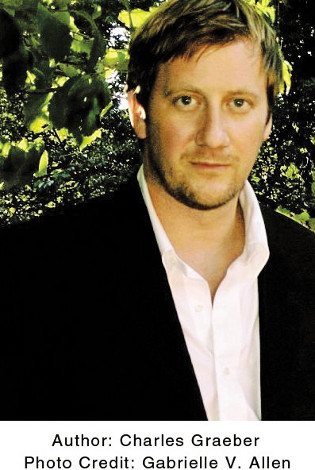 Charles Graeber’s The Good Nurse: A True Story of Medicine, Madness, and Murder is the most terrifying book published this year. It is also one of the most thoughtful. The Good Nurse is the nonfiction account of the many murders committed by Charles Cullen (even though Cullen eventually confessed and helped the police identify his victims, he killed so many people that it is difficult to know exactly how many he murdered, although experts say the number is approximately 400, which makes him the most prolific serial killer in American history). Cullen wasn’t the mercy-killing nurse who pops up in the news from time to time. During his nursing shifts at nine various hospitals over 12 years in New Jersey and Pennsylvania, he killed old and young patients, those he was directly taking care of and those he wasn’t. He typically injected insulin or other drugs into a patient’s IV bag, causing the patient to “crash” and the rest of the hospital staff to rush around, befuddled and humiliated, desperate to save the life of a patient when they couldn’t understand why he or she was so suddenly ill in the first place.

Graeber’s first article about the Cullen case appeared in New York magazine, after he went to dinner with his editor and pulled out a clip from the New York Times whose headline, as Graeber recalls it, was something like, Serial Killer Denied Kidney Donation. After he was convicted, Cullen became aware that he was a one-in-a-million match to donate a kidney to someone he knew only vaguely. Graeber’s father is a kidney doctor and Graeber wrote a short letter to Cullen telling him that he thought he ought to have the right to donate his kidney (some of Cullen’s victims’ relatives made the case that a killer shouldn’t have the right to donate his kidney) and that he would like to interview Cullen. From a long series of conversations with Cullen, the detectives who solved the case and Amy, a nurse who once was Cullen’s best friend and eventually got him to confess, among many other sources, Graeber has crafted a book that is a revelation. The Good Nurse is gripping, sad, suspenseful, rhythmic and beautifully documented (the endnotes to this book are impressive).

In part one of the book, Graeber is sympathetic about Cullen’s horror of a childhood but condemning of his narcissistic cruelty to already vulnerable patients. In the second part, Graeber’s love of hard-boiled noir emerges as he tells the story of the grizzled detectives who solved the case and Amy, who had to learn how to betray her best friend so that he’d stop killing. The Good Nurse is also an important indictment of a medical system that preferred to pass a suspicious nurse on to other hospitals rather than admit guilt about the inability to apprehend his bad deeds. I met up with Graeber in March, when he was in Austin for SXSW. He seemed to still be fascinated by Charles Cullen’s life, even though, as a journalist for Wired and GQ, he’s moved on to other stories.

How did you first become interested in Charles Cullen?

I had sort of heard of this guy. And I thought, ‘serial killer, nurse, donating an organ’ – there was just something about the bizarreness of that. And my editor at New York said, ‘Do that for us.’ And I thought, ‘No one can do that.’ I thought, ‘He should be able to donate a kidney.’ I found out more about it and it took me two days to write him a short letter. I knew he would respond to it. And a few weeks later, I got this letter through the mail slot with really odd handwriting and the stamps from the prison on it and it went from there.

What did you say in the letter, though?

I deferred to him entirely: ‘I know you’re getting lots of these and I want you to know something about my background and I think you should be able to donate this kidney and I’d like to talk to you about it. It’s in your hands.’ And then I got in touch with his lawyer. He was arrested in 2003 and in a rather interesting fashion. There are two parts to this book; the first part is all him and ideally, when you think, ‘Oh my God, when is this guy going to stop killing?’ then I switch to the detectives and frankly, a different voice. In the process of researching this book, there’d been a confid

ential informant and it made the difference in this case. And it was because he had a best friend, Amy, who had been molested as a child by her uncle repeatedly for years and her family wouldn’t listen to her about it. She finally did something about it herself. She got therapy and became quite fierce and also believed that she had radar for when she was in the proximity of a monster. She was Barbie doll-looking, a classically attractive tall blonde and a wild child and a big drinker at that time; she’s changed her life. When detectives started in at Somerset Medical Center, she was Charles Cullen’s biggest defender and then she was shown some cancelled drug orders and she knew that something was wrong. She started to question not just her friend but herself. She was the absolute key to the case and her existence was not known at all prior before this book. She wasn’t in the police reports.

So how did you find her?

I got people that knew of her existence to tell that me she existed.

Why do you have so many footnotes to this book?

I did that for a couple of reasons. I’m very aware of why I used endnotes. This book was three times as long at one time. There are very healthy chapters that I spent a year building that do not appear in this book. There’s the sadness of that and you get too deep in this after one point and you lose sense of what a reader needs to follow the story. So I put the extra color and the burn unit (so important to me but perhaps not necessary for the reader) had gotten in the way of the pacing. And so I found the endnotes to be a solution and then I found that there are two stories. I don’t like bloated stories; I love fast-paced thrillers. I love true crime. I’m not afraid to say it: I’m an airport book kind of guy, when they’re well done. When they’re beautifully structured and true, it’s beautiful. [I wanted to create] a fast-paced thriller that still contained journalistic depth and also rewarded the interest of the reader, with not only supporting material for what I’d said, but in many cases another story. If you read some of the endnotes, there’s another story there about what happened with the Department of Health. The bodies are buried in the endnotes.